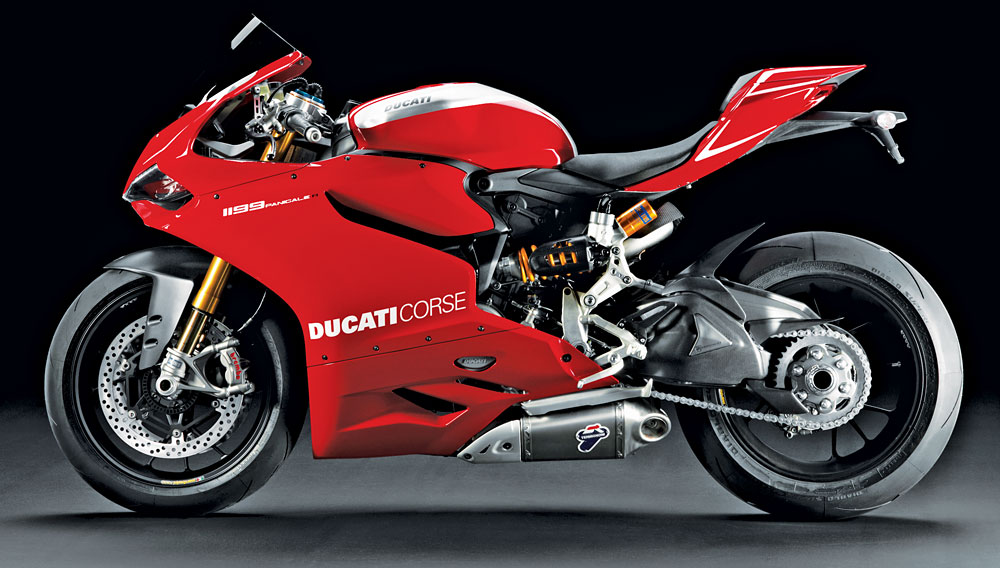 The word refined is rarely associated with brutally powerful motorcycles, but the descriptor does suit the 2013 Ducati 1199 Panigale R, a still-menacing yet more polished version of the 1199 model that preceded it. The Panigale R has a starting price of just under $30,000.

The alterations begin with the 1,198 cc L-twin powerplant. The engine’s new titanium connecting rods and lightweight flywheel produce more responsive revs and a higher ceiling of 12,000 rpm. Complementing the higher redline is a larger rear sprocket, which enables lower final-drive gearing for quicker acceleration. The engine’s output remains at 195 hp and 98 ft lbs of torque, but the middle range is more robust, which results in a mighty high-end wallop all the way to the rev limiter.

The bike weighs only 417 pounds wet, making it the lightest model in Ducati’s superbike lineup. It is clad in carbon-fiber trim and carbon-fiber shielding, the latter of which protects the rider from the heat of the hardworking engine.