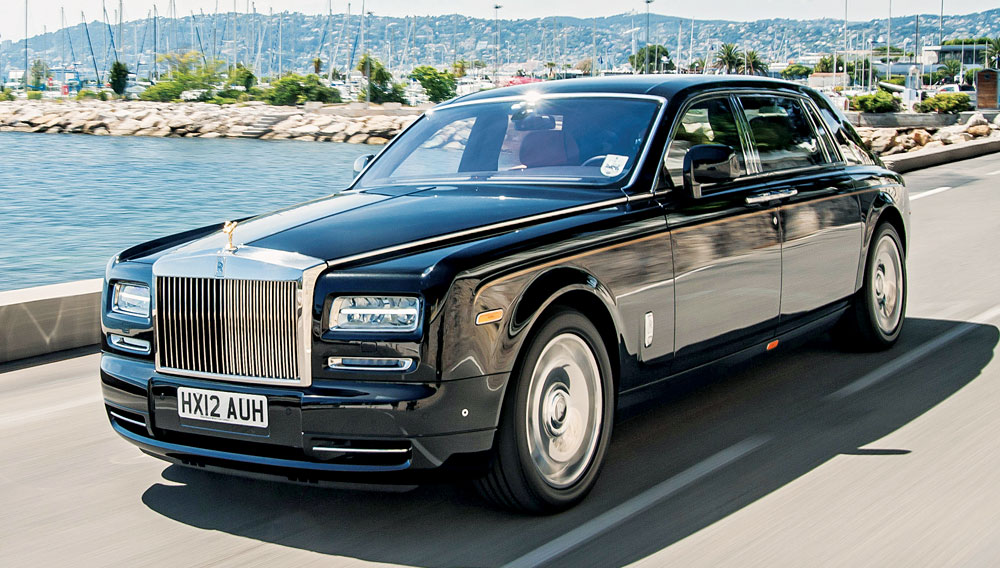 The 2013 Rolls-Royce Phantom Series II (www.rollsroycemotorcars.com), the model’s second generation, extends the British automaker’s custom of indulging owners with painstaking craftsmanship and infinite luxury inherited from more elegant times. The Phantom Series II is a family of four variants. In addition to majestic standard- and long-wheelbase sedans ($400,000 and $470,000, respectively), the series includes a coupe ($430,000) and a dreamy convertible ($470,000) that will draw many sighs of appreciation. These second editions look much better than the first editions, displaying a less cumbersome, lower front end and a softer, more contemporary silhouette.

The interiors are soft and borderline regal and thankfully shorn of bling. Thoughtful touches abound. They include umbrellas stored in the doors, an infotainment system programmed with guided tours of the local area, and 1,600 fiber-optic lights woven into the headliner for a starry-night effect.

The 8-speed ZF gearbox is mated to an elderly 6.75-liter, 453 hp V-12 that lacks the power to move a nearly three-ton car with any drama. Yet the Phantom is not built for club racing. A top speed of 149 mph and a gentlemanly zero-to-60-mph time of 5.7 seconds are adequate when the driving essentials you seek are silence, dignity, and smoothness.