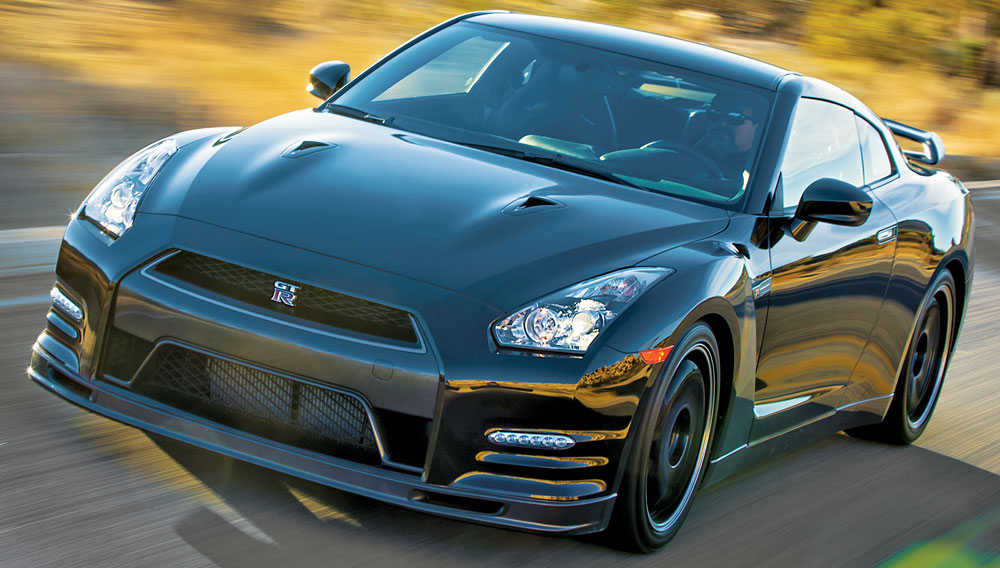 When the Nissan GT-R (www.nissanusa.com) first arrived in America, in the summer of 2008, it compared favorably with the Corvette as a great-bang-for-the-buck performance vehicle. It had a zero-to-60-mph time of under 3.5 seconds and a price of less than $70,000. The 2014 GT-R, powered by a 545 hp twin-turbo V-6, rivals the Porsche 911 and Audi R8 in terms of interior amenities, performance, and pricing. It has a base price of just under $100,000 and sprints from zero to 60 mph in a Veyron-like 2.7 seconds. Nissan also is offering a limited edition GT-R Track Edition, which has relinquished its rear seat to reduce weight. Only 150 examples of the Track Edition will be coming to the United States.