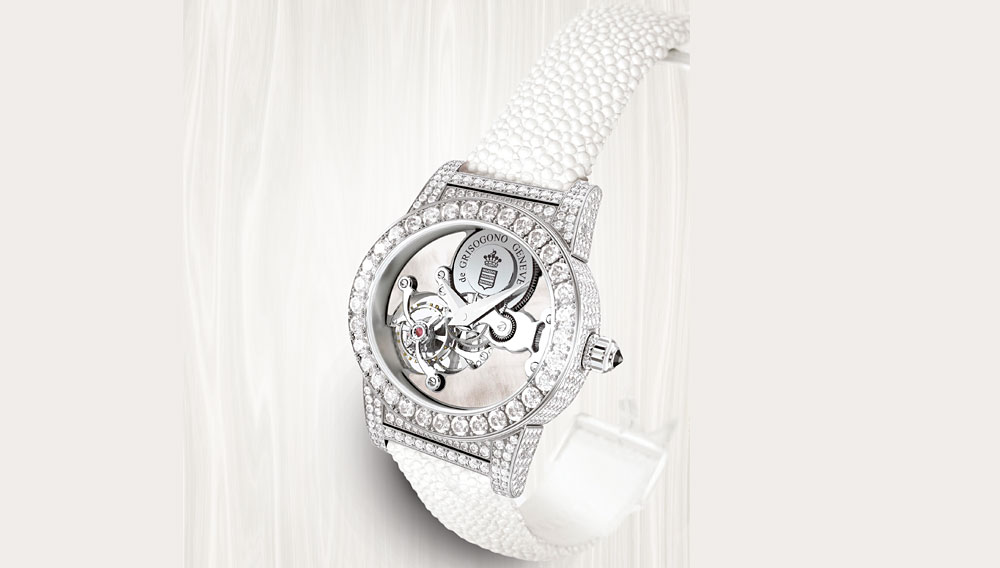 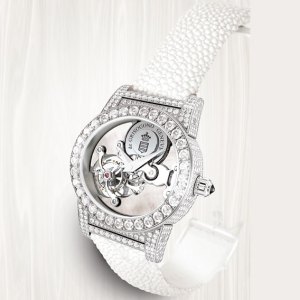 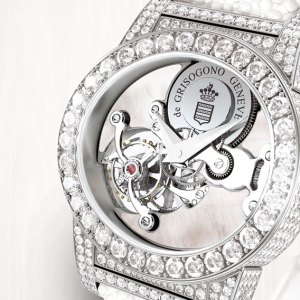 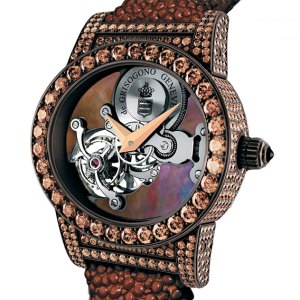 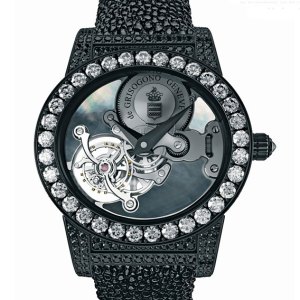 Creating a viable complicated watch for women requires a grasp of the shifting currents of contemporary style—something seldom found in the technically oriented workshops of Switzerland. De Grisogono, however, has gracefully merged its flamboyant yet unfailing fashion sense with engineering acumen in the Tondo Tourbillon Gioiello ($230,500 to $261,000), mixing its penchant for edgy lines and jeweled accents with mechanical mastery. For this timepiece, designers employed the respected Concepto tourbillon movement, whose cage they positioned off center at 8 o’clock rather than at 6 o’clock. The oval-shaped case is not an unusual feature in watches of this type, but De Grisogono’s hard edges and flanks and diamonds (white, brown, or black) make the Tondo Tourbillon Gioiello anything but a traditional women’s timepiece. (212.439.4220, www.degrisogono.com)