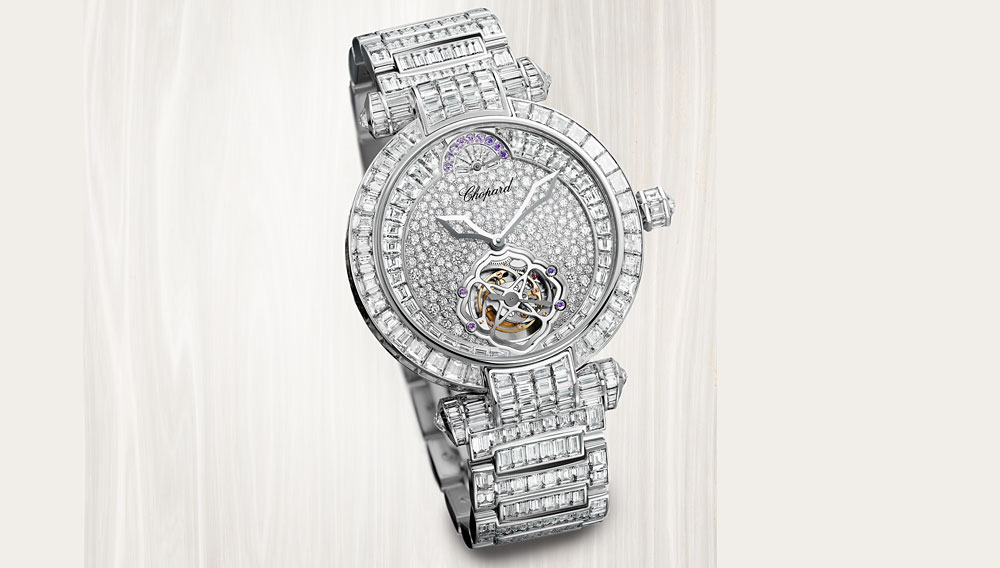 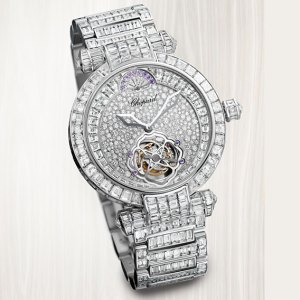 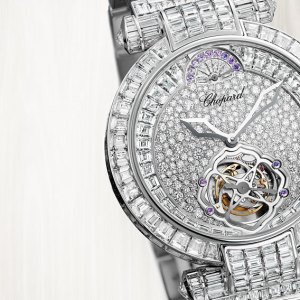 Many high-end women’s watches are first and foremost pieces of jewelry, but Chopard’s latest Imperiale Tourbillon Joaillerie (price available upon request) was conceived as a tour de force of watchmaking. Though the timepiece exhibits many of the most demanding stone-setting techniques in use—invisible mountings; graduated baguettes placed in channels; and pavé snow setting—the Imperiale commands considerable respect for its technical sophistication, thanks to Chopard’s well-regarded L.U.C. 02.14-L four-barrel tourbillon movement. The watch has received chronometer certification for its precision, and—because it is assembled at the company’s Geneva headquarters rather than at its manufacture in Fleurier—it also qualifies for the Geneva Seal. (800.246.7273, www.chopard.com)