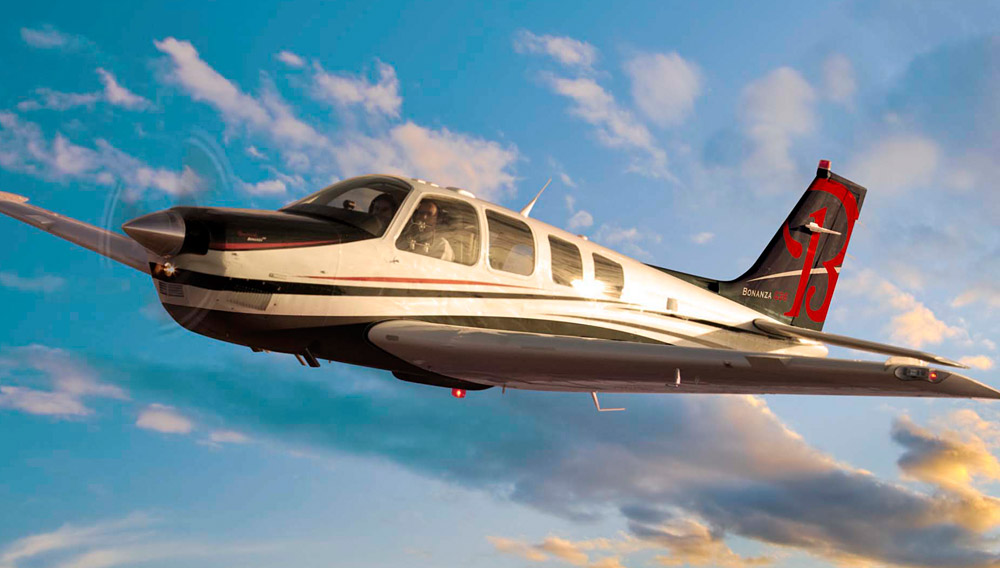 The piston-powered single-engine Beechcraft Bonanza G36 (316.676.3100, www​.beech​craft​.com), which was introduced in 2006, is the latest variant of a model that has been in production since 1947. That run was in jeopardy two years ago when the company, then known as Hawker Beechcraft, went into bankruptcy. But Beechcraft emerged from bankruptcy last year after shedding much of its debt and discontinuing its Hawker business-jet line (and dropping Hawker from the company name); then earlier this year, the slimmed-down operation was acquired by Textron, the parent company of Cessna, Bell Helicopter, and Lycoming engines. The Bonanza G36 accommodates six people (including two in the cockpit seats) and is equipped with Garmin’s G1000 avionics suite. It has a range of 740 miles when carrying four occupants, and its maximum cruising speed is above 200 mph. The cabin’s leather-upholstered seats can be easily reconfigured to provide club seating for four or to make room for golf clubs, skis, or bicycles. The Bonanza G36 has a starting price of about $777,000.