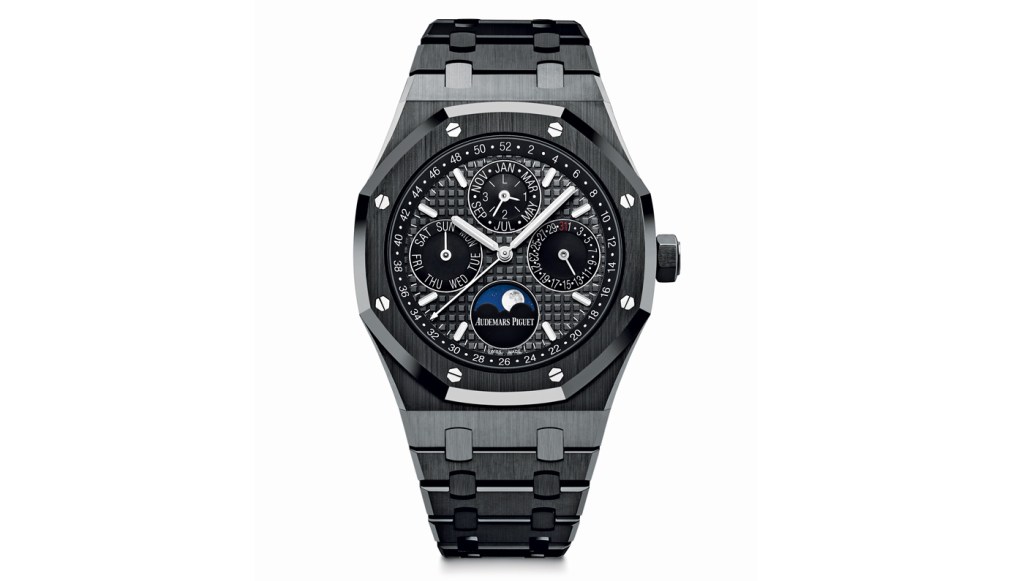 arely does the announcement of a new case material for an existing watch model generate significant buzz, but that is exactly what happened at the January unveiling of the all-ceramic Audemars Piguet Royal Oak Perpetual Calendar (audemarspiguet.com). The new timepiece, which made its debut at the Salon International de la Haute Horlogerie in Geneva, features both a case and a bracelet in black ceramic—an inspired choice by Audemars Piguet. The material is demanding, but it is also hardy and nearly scratchproof, unlike popular surface treatments such as black diamond-like coating and physical vapor deposition.