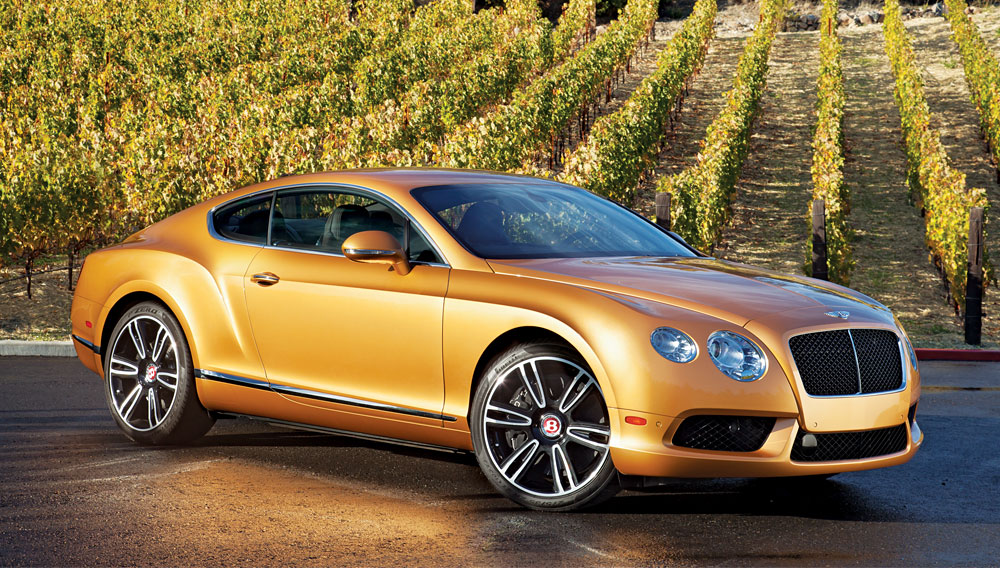 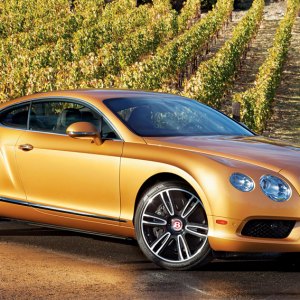 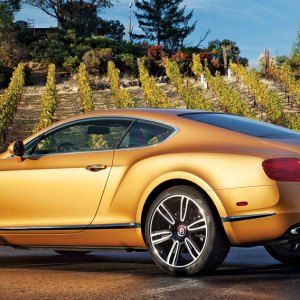 Since the beginnings of Bentley Motors, when the carmaker’s big and supercharged racecars were honking around Brooklands and Le Mans, the company philosophy has remained the same: If an automobile weighs too much, just give it a more powerful engine. That line of thinking was applied in 2003, when the Continental GT arrived with a hefty biturbo 12-?cylinder powerplant. Logic dictates that a lighter version of the car would require a smaller engine. Thus we have the Conti­nental GT V8, though it weighs only about 55 pounds less than the W-12 version.

The new car’s engine still has twin turbochargers, but in addition to shedding four cylinders, it has lost two liters of displacement, some torque, and 67 hp compared with the W-12. But that leaves 500 hp, which is enough for the Continental GT V8 to maintain the personality and driving characteristics of its mightier sibling. In fact, it drives smaller, burns less gas (about 3 mpg less), and spits out less pollutants (some 40 percent less), while the reductions in acceleration and terminal velocity pass nearly unnoticed.

Some of our judges who know the heavyweight habits of Bentley said they preferred the V8 to the W-12 variant. They, too, found it to be lighter on its feet and easier to maneuver. They also applauded the car’s environmental correctness, including its ability to run on biofuel and its engine shutdown system, which automatically deactivates four of the cylinders when the car is traveling at interstate speeds, allowing thriftier cruising. Bentley has made the Continental GT greener without damaging the brand or diluting its dedication to high horsepower, handcraftsmanship, and terminal opulence.