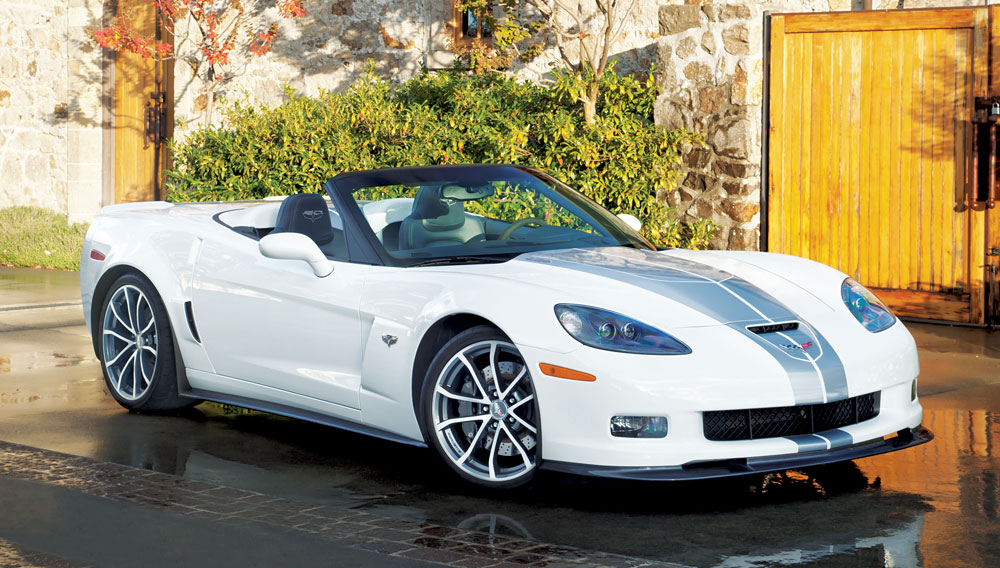 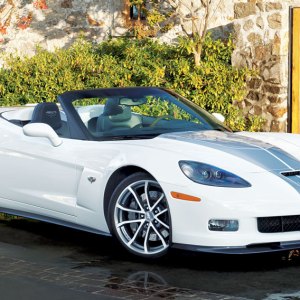 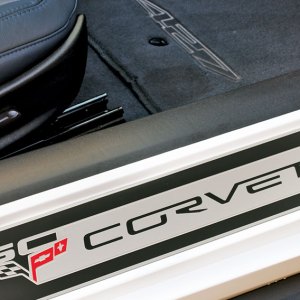 Blast from the Past

The Corvette has been around so long that early detractors—mostly Eurocentric elitists who considered the car an embarrassment of plastic panels wrapped around uncouth mechanicals—have become disciples. They now interpret the Corvette’s beef and basic nature as a statement of all-American honesty.

In celebration of the model’s sexagenarian status, the new Corvette 427 convertible (based on the highly regarded Corvette Z06 coupe and ZR1) is available in a Briggs Cunningham racing paint job of blue competition stripes on a white background. The car can also be fitted with an optional anniversary package, decorated inside and out with 60th-anniversary decals, badges, and embroidery.

Granted, the 427’s major components may be museum pieces—the 7-liter, 505 hp engine has an ancestry from the early 1960s, and the 6-speed transmission is a manual—yet in this era when computers select our shift points, it is refreshing to see a car get back to basics and allow us to reclaim the driving.

On the road, with the top stowed and breezes swirling, the 427 is nostalgic fun to drive. Brake too late or power up too early and the back end starts a tango before the traction controls engage. Hammer into any sweeper and keep your foot on the gas pedal and you will sense a hint of four-wheel drift, something drivers have not felt since the 1950s.

As for power, even without launch control, the 427 will rip from zero to 60 mph in 3.8 seconds. Top speed is 190 mph. These numbers are only fractions removed from those of the Ferrari 458 Italia, which lists for three times the price of the 427.