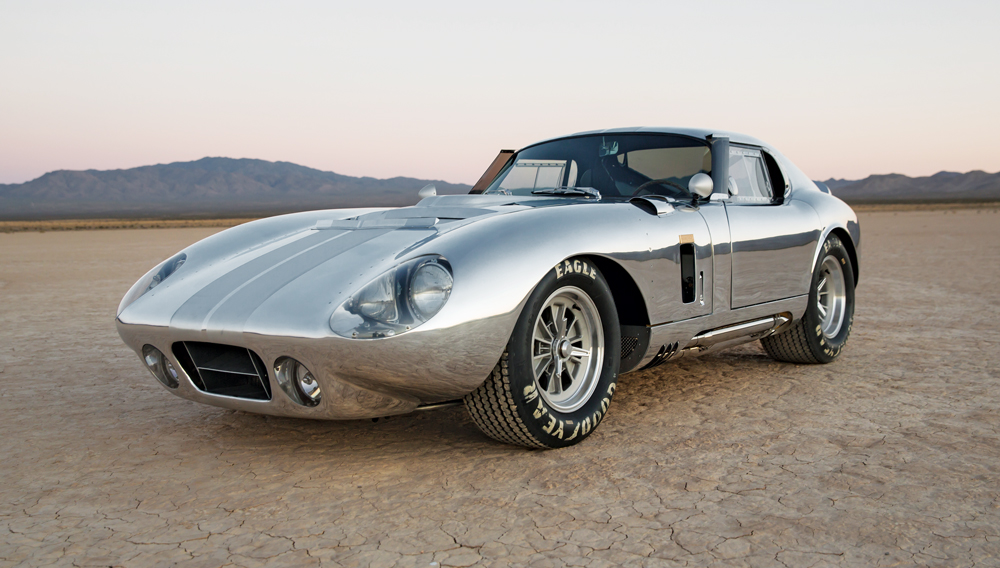 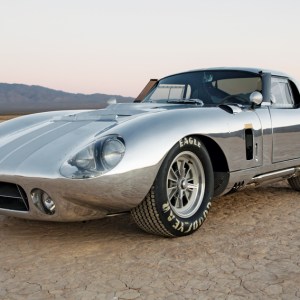 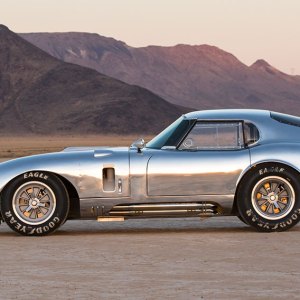 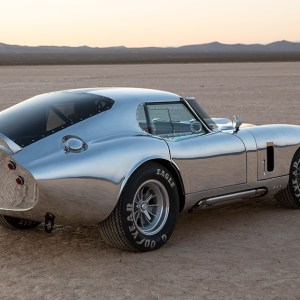 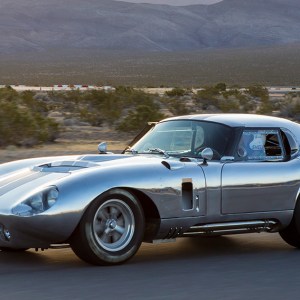 This gift’s car, VIN CSX 9950, features an all-aluminum body that is polished but left unpainted. It is equipped with a tubular chassis, leaf-spring suspension, four-piston Wilwood brakes, and Trigo FIA wheels. CSX 9950 is powered by an all-aluminum Ford 289 cu in V-8 engine that has been enlarged to 347 cu in and is fed by a quartet of Weber carburetors. This is an improvement on a power plant that even in its original, cast-iron form remains one of the greatest engines in the history of racing.