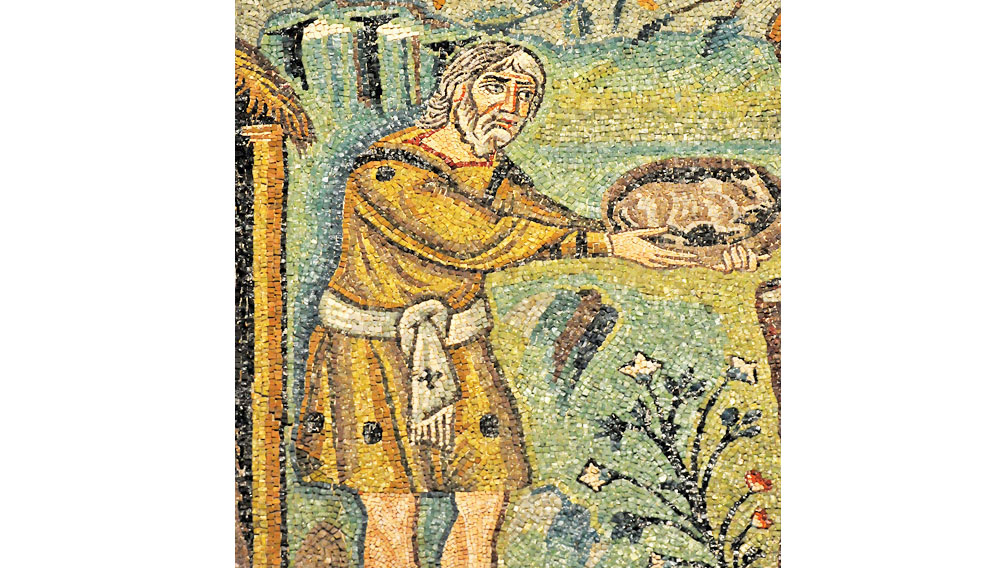 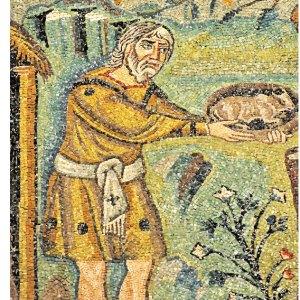 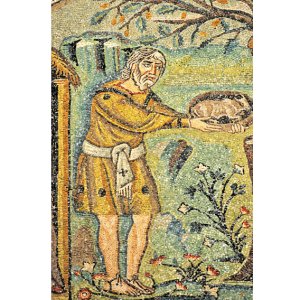 Food is more than simple sustenance; it also serves as a lingua franca. Inspired hospitality, after all, transcends cultural barriers, and no civilization took the presentation of victuals more seriously than did the Roman Empire. The imperial kitchens conquered as many foes and won as many friends as the fabled legions, and with Rome’s influence spread its tastes: Herbs, olive oil, grape vines, and game were dispatched to its outposts, and many of the people subjugated by the empire’s troops actually embraced its cookery. Flavor enhancers, such as asafetida, a pungent herbal extract, and liquamen—a condiment consisting of the salted and fermented entrails of fish—could be found in the pantries of the farthest-flung provinces. The governors and gentry of these outlying colonies emulated the prodigious feasts given by notables of the imperial court, many of which are documented in the writings of Plutarch, Petronius, and Pliny, among others. At the extravagant banquet of Trimalchio, for instance, pastry eggs concealed spiced songbirds in their yolks, while a roasted wild boar with baskets of dates dangling from its tusks contained, when sliced open, scores of live thrushes. Emperor Heliogabalus fed his favorites on caviar, honeyed dormice, and conger eels raised on the flesh of Christian martyrs, while General Lucius Lucullus, a celebrated gourmand, once ordered an equally Olympian menu for himself, declaring to a bemused servant, “Tonight, Lucullus is host to Lucullus.”

Rome’s chefs, however, were not the only retainers employed at court to enhance a host’s prestige and advance the host’s interests: What a conspicuous display at table could not accomplish, a dish prepared by another kind of culinary specialist often could.As Juvenal notes in his Satires, by the end of the first century AD, poisoning had become a kind of status symbol, thanks to the Julio-Claudian Dynasty, whose members frequently called upon the services of a gifted and unscrupulous “herbalist” called Locusta of Gaul. This consummate professional’s first imperial commission came in 54 AD, when Agrippina, wife of Emperor Claudius, enlisted Locusta’s aid in hastening her son by a previous marriage, Nero, to the throne. Though Locusta supplied Agrippina with a poisoned platter of mushrooms, the emperor’s favorite food, accounts vary as to the effectiveness of this delicacy, according to the historian Suetonius. One version suggests that Claudius became unconscious after consuming this fare and died before dawn, while another, Suetonius writes, claims “he fell into a coma but vomited up the contents of his overloaded stomach and was then poisoned a second time, either by a gruel. . . or an enema.” Either way, 16-year-old Nero was impressed with this handiwork:After deifying his stepfather, he wittily declared the mushroom to be “the food of the gods.”

The grateful Nero pardoned Locusta and engaged her as his private poisoner. Her new assignment in this capacity was the removal of Britannicus, Nero’s stepbrother, whom the emperor regarded as a rival. The first attempt, Suetonius records, only rendered the boy violently ill, because Locusta, too clever for her own good, had reduced the usual dose to avoid detection. A second, more concentrated potion was slipped into Britannicus’s goblet during a family dinner; when, upon taking a sip, the victim dropped to the floor dead, Nero glibly assured the other diners that his stepsibling had merely experienced an epileptic seizure.

In exchange for invaluable assistance, Locusta received from the imperial purse several large country estates, as well as imperial encouragement in establishing a school of poisoning. The emperor even referred students to her and, of course, was among the most apt of her pupils, keeping a cache of her concoctions in a golden box. Although these preparations were originally intended for use on others, when his corrupt reign prompted the Senate to rebel and pass a sentence of death on the imperial person, Nero planned to carry out a painless suicide using one of Locusta’s recipes. Unfortunately, on fleeing the palace, he forgot the box and instead met the agonizing end he feared:Desperate, with the assistance of a secretary, he stabbed himself in the throat, before the Senate’s soldiers reached him. “What an artist dies with me,” he lamented in his last moments, unaware that the artist who had so ably abetted his schemes by serving up lethal helpings to his dinner guests would indeed perish with him: Seven months later, Locusta herself reportedly became the main course at a grim feast when the new emperor, Galba, condemned her to be devoured by wild animals.