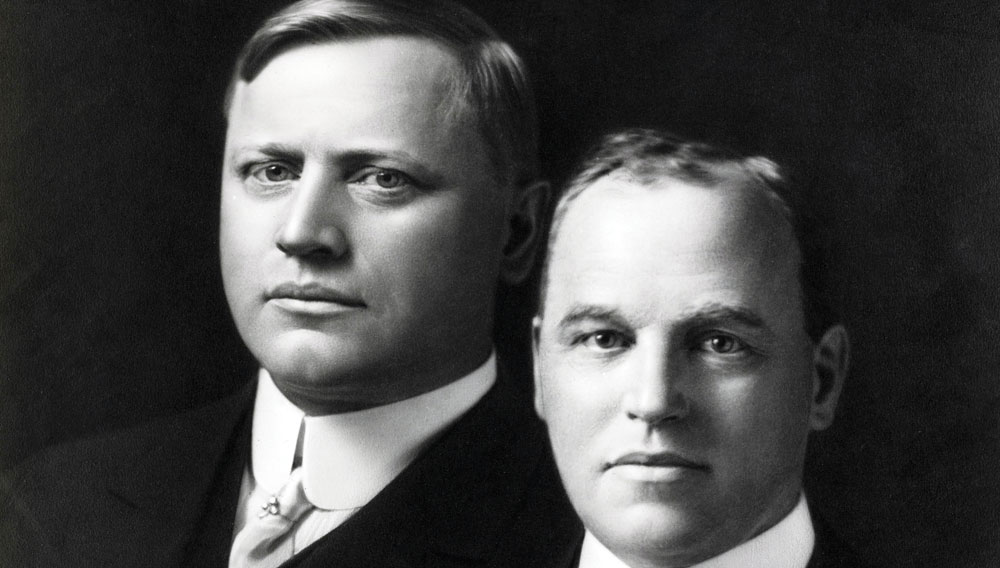 On June 4, 1970, The New York Times announced the demise of Anna Thompson Dodge, who was then “among the world’s richest women.” The obituary—which placed her age (probably incorrectly) at 103 and her personal fortune at $100 million—regaled readers with a catalog of her assets, including a $6 million jewelry collection featuring a perfect strand of pearls once worn by Catherine the Great, and Rose Terrace, a palatial Louis XIV–style home in Grosse Pointe, Mich. There, the elderly matron occupied her final years watching television in her lavish boudoir and surveying from her wheelchair the extensive gardens that overlooked Lake Saint Clair. Perhaps, during these outings, she also reflected on the very different type of wheels that, three-quarters of a century earlier, had guided her destiny to this solitary place.

That long journey began in 1896, when, as a young piano teacher from Scotland, she married a machinist named Horace E. Dodge. Shortly thereafter, Horace and his brother, John (both pictured), opened up a shop in Detroit that specialized in building internal combustion engines. Though the youths lacked formal education, their native talents made them an impressive pair. While Horace’s gift for grappling with gears and levers furnished a steady supply of high-quality product, John’s innate business acumen enabled him to recognize a unique opportunity in the budding automobile market. When Ransom Eli Olds’s factory was destroyed by fire, John secured the contract to supply parts for the Oldsmobile Curved Dash Runabout. In 1901, the Dodges delivered several thousand engines and transmissions to Olds and expanded their operation sufficiently to gain the notice of Henry Ford. The founder of the Ford Motor Company admired their work and commissioned them to supply chassis for his new Model A, paying with stock. Thus engaged and in possession of 100 shares in this ambitious new enterprise, the Dodges worked steadily from 1903 to 1914 as exclusive suppliers to Ford. Anna later claimed, “The happiest days of my life were when I was packing Horace Dodge’s lunch pail.”

Success soon supplanted this domestic idyll. Though the Dodge brothers earned nearly $4 million in dividends and almost $2 million in profits during their decade-long relationship with Ford, they were determined to put their name on a car of their own. In 1913 they opened the Dodge Brothers Motor Car Company and terminated their contract with Ford, retaining their stock. Ford responded to this fresh competition by cutting the dividend. The brothers sued their former client, who in 1919 was forced to pay approximately $19.3 million in arrears to his minority shareholders and another $25 million to buy out the Dodges. By this time, however, the brothers’ own company was flourishing, and Horace—a hopelessly uncultivated man—could at last indulge his more socially ambitious wife in a spending spree financed by the growing popularity of the 4-cylinder Dodge Model 30. He bought Anna her famous pearls, built her a villa in Palm Beach, and commissioned a 257-foot yacht, which he named the Delphine, after their daughter.

In 1920, however, the brothers took a tragic detour on their road to riches. While attending the National Automobile Show in New York City, both John and Horace contracted the Spanish flu. John died on January 14 in his suite at the Ritz-Carlton, and Horace—never far from his sibling—succumbed to a combination of pneumonia and cirrhosis that December.

The wives of Horace and John inherited the Dodge Brothers company, which they sold in 1925 for $146 million. Anna’s share of this windfall went into tax-free municipal bonds, and the resulting income funded decades of fast living. In 1926 she married Hugh Dillman, a failed actor 14 years her junior, and the couple presided over an endless sequence of Champagne-soaked Palm Beach parties. “Hugh,” she once said, “taught me how to have fun with my money.”

Her generosity toward Dillman, whom she divorced in 1947, did not extend to her daughter or her son, Horace Jr., who relied much of the time on whatever allowances their mother dispensed. Delphine drank her way through a string of unsuccessful marriages before dying in her early 40s, and her brother, plagued by financial troubles, met a similar fate two decades later, in 1963. Alone and no longer freewheeling, Anna—and her money—outlasted them all.