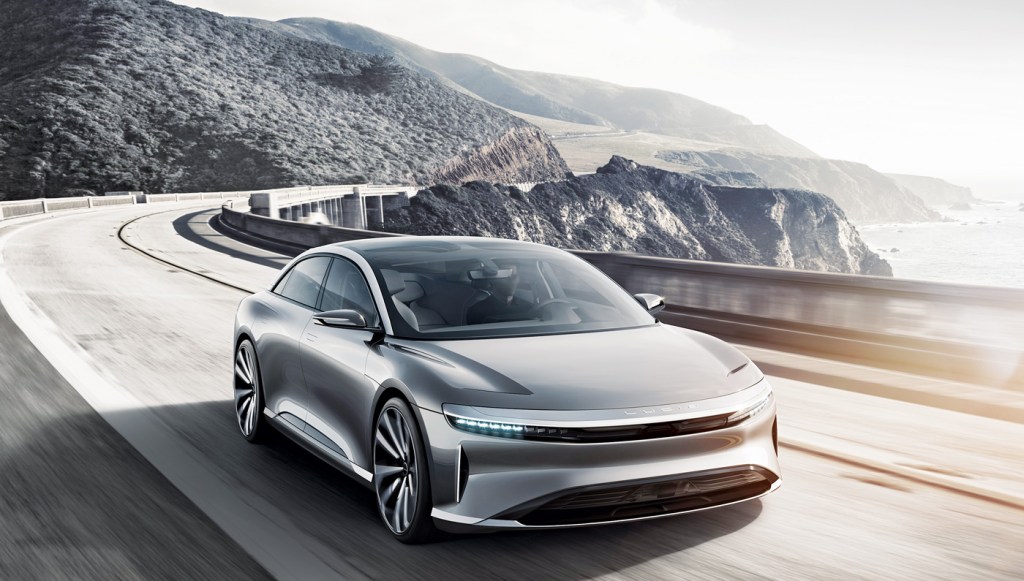 The Air’s speed and cabin design certainly do evoke an executive jet. The car is powered by two electric motors—one each in front and back—that together generate 1,000 hp and enable a zero-to-60-mph time of 2.5 seconds. Though this is a midsize sedan, the rear passenger area is spacious enough for optional seats that can recline 55 degrees. The cabin is also equipped with a 29-speaker audio system and a noise-cancellation feature. “It’s a bit like what you get with a Maybach, but without the bulk of that car,” said Rawlinson, who was the vice president of vehicle engineering for Tesla and the chief engineer of the Model S.

The Air’s battery provides a 300-mile range that can be upgraded to 400 miles. The base model is priced at about $100,000, and the fully loaded Launch Edition costs $160,000. Lucid Motors, which is headquartered in Menlo Park, Calif., has announced plans to build a factory in Casa Grande, Ariz., and begin delivering cars by the end of 2018.