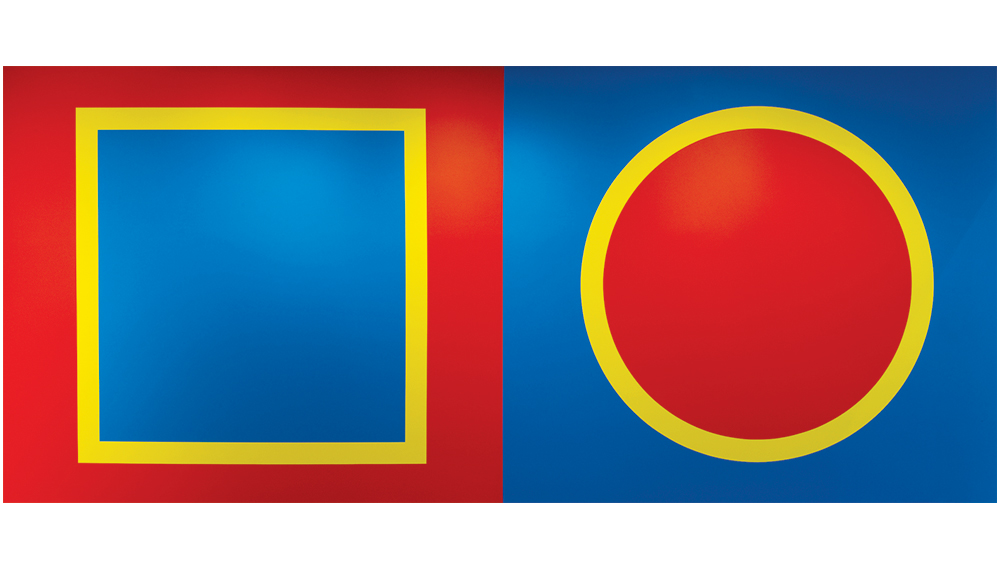 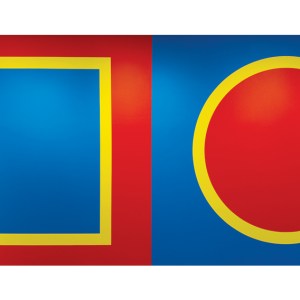 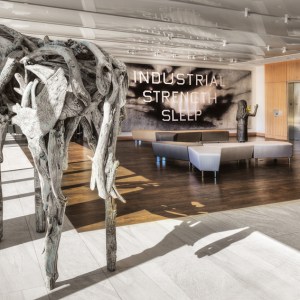 Before guests even enter the new Art Hotel in Denver, they are greeted by a shimmering installation by Leo Villareal—the mastermind behind the San Francisco–Oakland Bay Bridge’s The Bay Lights—fashioned from more than 22,000 white LED nodes that create perpetually shifting patterns in the ceiling of the porte cochere. Just inside lies a Claes Oldenburg steel-and-aluminum sculpture, along with Sol LeWitt’s geometric wall drawings and a kitschy Formica Fish Lamp by Frank Gehry.

The Art Hotel (thearthotel.com) clearly takes the concept behind its sobriquet seriously. It has hired Dianne Vanderlip, longtime curator of the Denver Art Museum’s modern collection, and she has assembled more than 40 contemporary works, including some from the collection of one of the owners. “Denver is steeped in quality art, so it only makes sense for a new hotel surrounded by such inspiring pieces to capture this energy,” she says. “Some of the artists are extremely well known, others are just hitting their stride, but all of their works are fresh and contemporary.”

The lobby is nearly a gallery, with Deborah Butterfield’s Otter, a sculpture of sun-bleached wood melted away by bronze casting, displayed near Edward Ruscha’s wool-and-cotton tapestry Industrial Strength Sleep and a large-scale photo collage by Nancy Rubins. Upstairs, art-filled hallways lead to sunny guest rooms that also contain artwork. Even the meeting-room corridors are accented with noteworthy pieces, such as Luis Jiménez’s Mustang, a lithograph depicting the Denver airport’s infamous sculpture of a wild blue horse. Those relaxing in the lounge can take in John Baldessari’s Eight Soups, an imaginative reconfiguring of Andy Warhol’s soup cans, while those at the bar will discover Larry Bell’s metal-and-quartz-coated Mylar creation, Light Knots—and an equally dreamy fire pit.