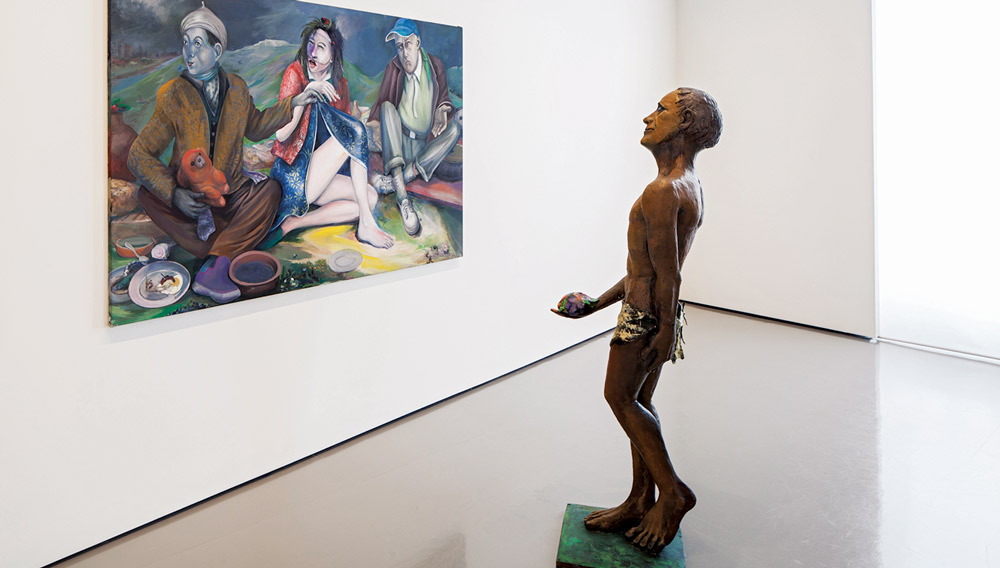 François Pinault was 30 years old the first time he set foot inside a museum. Despite his late start in the art world, the French entrepreneur soon developed a passion of rare intensity. By his 45th birthday, he had made his first auction purchase: a landscape by the French artist Paul Sérusier. Ten years later, in 1990, he joined the art scene’s high rollers when he bid $8.8 million for Piet Mondrian’s Tableau Losangique II at Christie’s. And in 1998, he eclipsed even the most serious collectors by purchasing Christie’s itself.

Today Pinault’s collection comprises more than 2,500 works by artists ranging from Pablo Picasso and Willem de Kooning to Damien Hirst and Cindy Sherman. Upon retiring from Christie’s in 2003, the connoisseur set his sights on creating an art institution worthy of his assemblage. In 2006 he debuted Venice’s Palazzo Grassi, an 18th-century palazzo turned art museum designed by Tadao Ando; and in 2009 he created a second venue, called Punta della Dogana, in the city’s former customs house. Together the two museums have welcomed more than 2.5 million visitors.

Pinault’s next move in the art world will be as a patron of another sort, developing an artist-in-residency program in the French town of Lens, roughly 125 miles north of Paris. The program will welcome its first residents—the U.S. artists Melissa Dubbin and Aaron S. Davidson—this fall.