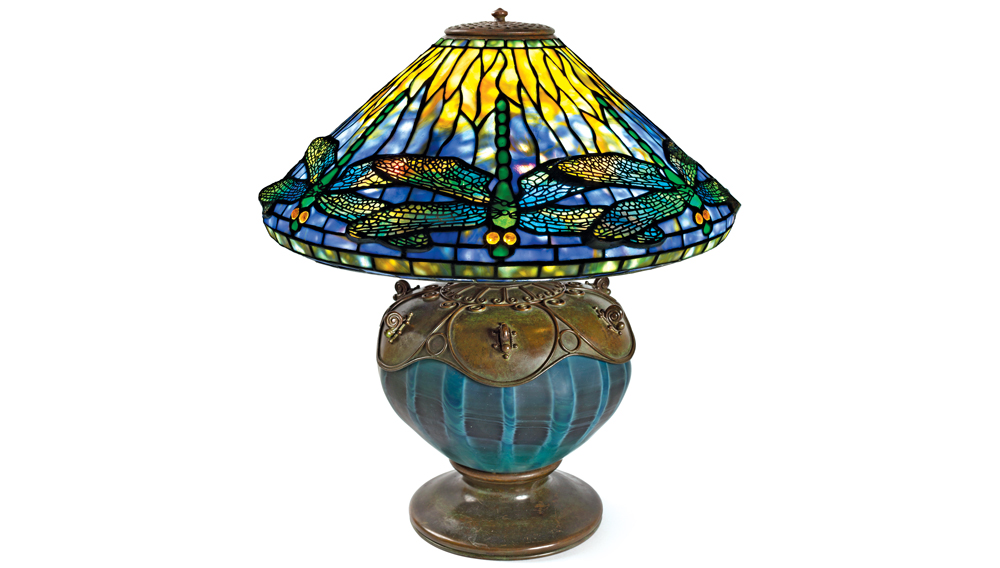 The annual Winter Antiques Show (winterantiquesshow.com) at the Park Avenue Armory in Manhattan is known for its strong selection of Americana and has been the source of some of Jerry Lauren’s most prized pieces. The oldest continuous annual show of its type in the United States—its 62nd edition takes place January 22 to 31, 2016—the event has aged well thanks to the efforts of executive director Catherine Sweeney Singer and others who strive to ensure that the show itself does not turn into a museum piece.

Those strolling the aisles of the 2016 edition will find superlative examples of objects that could have been offered at the first show in 1955, such as a circa-1825 armchair attributed to Duncan Phyfe at Hirschl & Adler ($130,000) or a mid-19th-century running-horse weather vane on display at Olde Hope Antiques ($45,000). Other expected highlights, however—such as Conner Rosenkranz’s circa-1920 salamander-king fire screen by William Hunt ($95,000) and the Tiffany dragonfly table lamp ($225,000) glowing in the booth of the Macklowe Gallery—would not have made the cut in 1955 because they were too new (the fire screen) or out of fashion (the Tiffany lamp). Other noteworthy items would not have been on offer even five years ago, such as the Qianlong-era map of China ($617) that will be shown by Daniel Crouch Rare Books, one of several dealers based in the United Kingdom who joined the fair’s lineup in 2015. Its inclusion reflects the interest of younger collectors, who are showing a fondness for maps, jewelry, and rare books.

While about one-third of its exhibitors handle Americana, the show offers a broad and challenging mix that keeps loyal patrons coming back while luring in newer collectors. “Across the board, the definition of a collector has changed,” Singer says. “They are eclectic now. They might love midcentury-modern Danish furniture and 18th-century Old Master drawings. It’s fun to watch.”