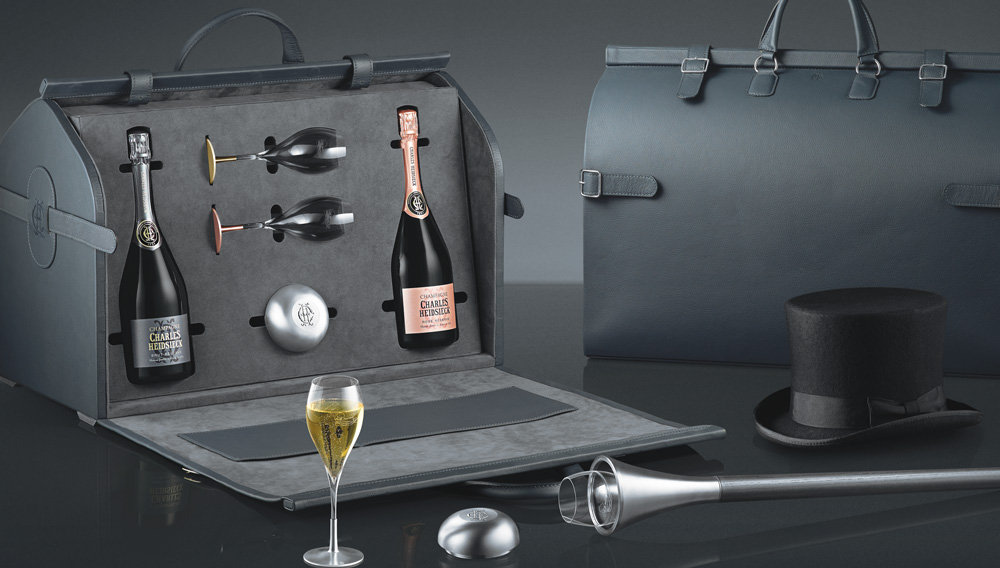 Charles Heidsieck—the intrepid founder of Champagne Charles Heidsieck—cultivated the U.S. market for bubbly in the 1800s on four long, revel-filled trips during which he garnered the nickname Champagne Charlie. He surely would have appreciated the limited-edition travel tote that the Champagne house has created in his honor. The Bon Voyage bag ($6,000, charlesheidsieck.com) is crafted from full-grain Italian leather with an interior of Alcantara suede. It arrives packed with a tasting notebook and hand-embossed stationery, six handcrafted flutes, an ash walking stick, and four bottles of Charles Heidsieck, including the 1995 Blanc de Millénaires Brut (see “Tour de Blancs”). Only 29 bags were made, in honor of Heidsieck’s age when he first set foot in the United States.