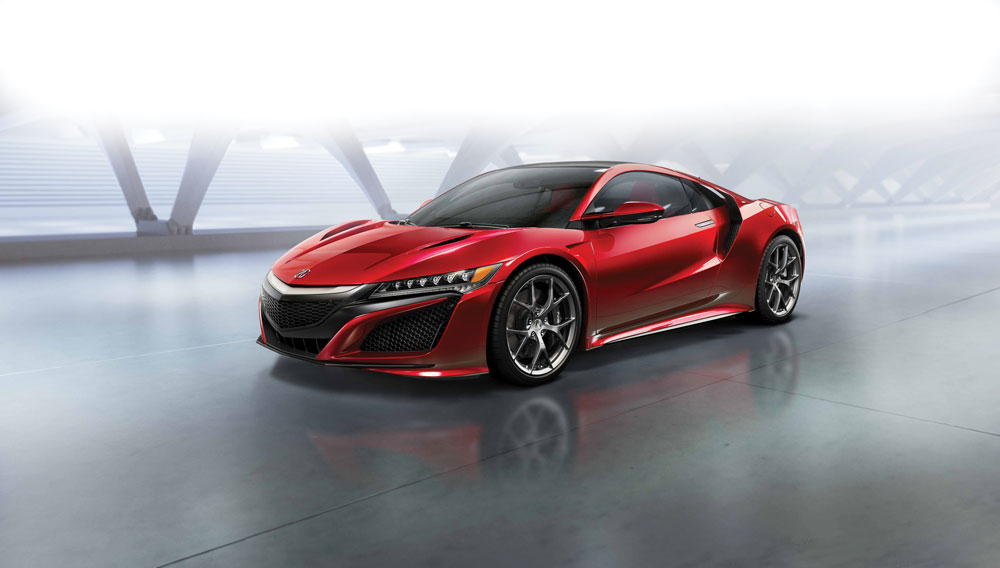 The long-awaited second-generation Acura NSX (acura.com) is finally arriving. It was introduced in January and will go on sale this summer; deliveries are expected to begin by the end of the year. The first-generation NSX—acclaimed for its reliability as well as its performance capabilities—went out of production in 2005 after a 15-year run. Honda, Acura’s parent company, began developing a successor to the car in 2007, but the recession stalled the project. Then three years ago, Acura introduced the new NSX as a concept vehicle. The production version was unveiled at this year’s North American International Auto Show in Detroit. It is a hybrid-electric sports car powered by a mid-mounted twin-turbo V-6 engine and three electric motors. The engine and motors together produce “north of 550 hp,” according to Acura. Made of aluminum and carbon fiber, the car is lightweight and equipped with a twin-clutch, 9-speed transmission and permanent all-wheel drive. Expect the price to be upwards of $150,000.