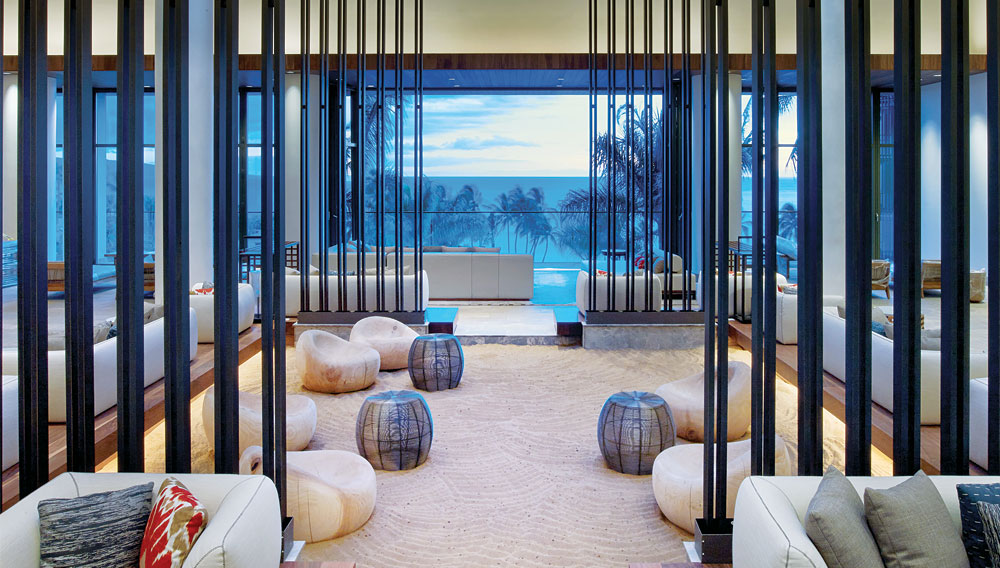 Opened in 1978 on a 15-acre stretch of Maui’s Mokapu Beach, the Stouffer Wailea Beach Resort ruled as the island’s top retreat during the disco era. Like disco, the property—which later became a Renaissance resort—lost its sparkle over the years, eventually closing in 2007. But the Maui landmark reemerged as a Hawaiian hot spot last September, following its $90 million transformation into the Andaz Maui at Wailea (www.andaz.hyatt.com).

The reinvented retreat—the first resort from the hip Hyatt brand Andaz—shares the footprint of its predecessor but little else. Opened in September, the 297-room property is a modernist haven free of Polynesian kitsch. Guests enter through an open-air colonnade lined with reflecting pools before arriving at a fifth-floor lobby that overlooks a series of multitiered swimming pools and sundecks. Four restaurants include Maui’s first Morimoto outpost, as well as the Lehua Lounge, where guests enjoy farm-to-table small plates and other tasteful trends.