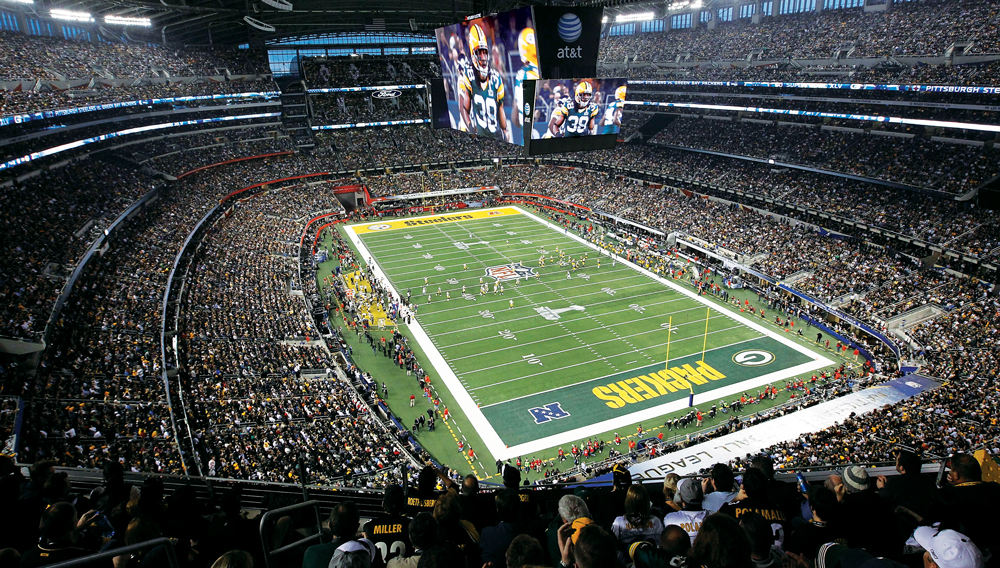 The 50th anniversary of the Super Bowl has inspired a slew of auctions—and could drive the value of collectibles into a whole new zone.

Glen Christensen grew up in Green Bay, Wis., and has loved the Green Bay Packers all of his life. When his team played in Super Bowl XLV in Arlington, Texas, on February 6, 2011, Christensen was there—sitting in a prime spot in the end zone when Green Bay safety Nick Collins intercepted a pass, returned it for a touchdown, and knelt atop the end zone’s P in Packers to celebrate. As Christensen cheered, he knew what the next addition to his collection of Packers memorabilia had to be: “I said to myself, ‘I’m getting that P.’ ”

He spent the next day on the phone, eventually finding the company that had bought the end zone and planned to sell it in one-inch squares. But persuasion—and a $10,000 check—got Christensen a bigger chunk of turf. Now it is part of his extensive collection from all four Packers Super Bowl wins: Super Bowls I, II, XXXI, and XLV. He owns autographed balls from three of them, tickets and pennants from all of them, and the game ball presented to Hall of Famer Reggie White, who set the quarterback sack record in Super Bowl XXXI.

All of those things are displayed behind glass at Christensen’s home in Grapevine, Texas. But not the turf. That he uses as carpet. “I’ve had people kneel down and kiss it,” he says. “I don’t want to remind them that if you watch any NFL game, the players are constantly spitting. I’m not going to kiss that turf. But whatever gets you going.”

At 12 feet by 12 feet and 350 pounds, it is a massive piece of memorabilia, but still not the heaviest that Christensen owns. That would be a statue of Hall of Fame quarterback Bart Starr, who guided the Pack to wins in Super Bowls I and II.

It should come as no surprise that the most hyped game in the world has created an outsize devotion among collectors. But the next Super Bowl—the 50th, which will be played February 7 in Santa Clara, Calif.—could boost the memorabilia market to a whole other level. At least four major auction houses are planning sales around the Super Bowl that range from big to “monster” to historic, built around marquee lots such as a 50-year set of Super Bowl tickets and Hall of Fame Chicago Bears running back Gale Sayers’s entire collection of personal memorabilia.

Hunt Auctions, which each year holds an official NFL auction the Saturday before the game, expects interest in football collectibles to reach unprecedented heights. President David Hunt predicts the available items “quite literally might be a once-in-a-lifetime opportunity . . . As far as singular football, there’s almost no doubt this will be the most successful football auction in the history of the hobby.”

Hunt’s February 6 auction will feature Sayers’s collection, including his 1970 Byron “Whizzer” White NFL Man of the Year Award, his College All-Stars sweater from 1965, and the game ball from his then record 297-yard rushing game in 1966. The auction will also feature a near-complete run of Super Bowl pennants—each one highly collectible on its own. Christensen owns the only known complete set of five different pennants from Super Bowl II, which he estimates are worth close to $20,000 combined. “When I was a kid, I had Packer pennants up on my wall, from as early as I can remember,” he says. “You stare at these things, and it always takes you back a few years. We all like that.”

Among football collectibles, Super Bowl items are a category unto themselves. While a jersey or a helmet used in the Super Bowl will sell for four to 10 times the price of the same regular-season item, the value of other memorabilia shows that football does not necessarily follow the trends in sports collectibles.

For example, vintage items dominate most collectible markets. In football, the opposite is often true: Items from modern players are more valuable than items from old-timers. “Some people would hate me for being so blunt and honest,” says Ken Goldin, owner of Goldin Auctions, “but Tom Brady’s photo-matched jersey from the 2015 Super Bowl would go for more money than Terry Bradshaw’s jerseys from one of the Pittsburgh Steelers 1970s Super Bowls.”

Super Bowl I is collectible because it was the first. Super Bowl III is collectible because quarterback Joe Namath guaranteed, and delivered, victory for the New York Jets. Those games do not tower over the rest, though. No Super Bowl does. Nor does any one team or player. But there are a number of categories that attract more interest and money than others. For example, game-used items from the Cowboys, Steelers, Giants, Bears, Patriots, and Christensen’s beloved Packers generally do well because they have been in the most Super Bowls and have the most fans.

Super Bowl rings—made of gold or platinum and studded with diamonds—are some of the most coveted NFL items overall. According to pricerealized.com, which tracks sports memorabilia sales at auction houses in the United States and Canada, the top NFL lot is Hall of Fame New York Giants linebacker Lawrence Taylor’s ring from Super Bowl XXV, which was sold by SCP Auctions for $230,401 in 2012. In July, Heritage Auctions sold Chicago Bears defensive lineman William “The Refrigerator” Perry’s Super Bowl XX ring for $203,150.

Rings are also collectible because they are almost never sold. “Player rings are more of a family heirloom,” says Michael Hattley, owner of touchdown-treasures.com. “Unless they’ve really fallen upon hard times, rarely do those come out to the open market.” Super Bowl rings are so scarce that they do not have to come from a popular team or a great player to be valuable. Steve Wright, a virtual unknown who played for five teams from 1964 to 1972, auctioned his Super Bowl I ring in 2011 for $73,408.

Even rings from men who were not players are valuable. In June, Steiner Sports sold a ring awarded to a front office executive of the New York Giants for $25,640. In 2012, Legendary Auctions sold a Super Bowl XXXVI ring presented to Sean Coogan, a staffer in the Patriots’ e-commerce department, for $25,000.

Goldin is planning a “monster” 50th-anniversary Super Bowl auction, which will include rings from up to 20 different Super Bowls, from January 11 through 30. He will offer a ring (estimated at $45,000) owned by LaQuan Williams, who played on the 2012 Baltimore Ravens team, the winners of Super Bowl XLVII. Another item that is sure to draw heavy interest: a Super Bowl XXVI ring belonging to Redskins quarterback Mark Rypien, the MVP of the game (estimated at $50,000).

Some of the most sought-after Super Bowl items combine big names with big plays. “That league is a moments league,” says Brandon Steiner, founder and CEO of Steiner Sports, who is planning an auction from January 27 through February 11 highlighting the great moments in the big game’s history. “I think that’s the thing people relate to the most. They remember where they were.”

Game-used items are rare and valuable, and the bigger the moment, the better. In Super Bowl XLIII, Pittsburgh Steelers linebacker James Harrison intercepted a pass and returned it 100 yards for a touchdown. It was the turning point of the game, and at the time, the longest touchdown in Super Bowl history. In 2012, Heritage Auctions sold Harrison’s helmet for $53,775—which is still the highest price ever paid for a game-used Super Bowl item.

The Super Bowl is also unique because it is a one-game, winner-take-all event, as opposed to titles in all the other sports, which have multigame series. That also makes Super Bowl tickets highly collectible.

The 50th Super Bowl gives the tickets a nice, round number, which should further an upward trend of interest in full books of tickets. Professional Sports Authenticator started grading Super Bowl tickets about 10 years ago. “Once they started doing that, collecting the sets of tickets took on a life of its own,” says Chris Nerat of Heritage Auctions. “In the last couple years it’s been even more popular.”

Popular, yes. Easy, no. Amassing all 49 tickets has proven difficult because of a lack of available items, especially when collectors want full tickets instead of stubs. Fifty years ago, no one knew the Super Bowl would grow into the cultural phenomenon that it has become, and very few people kept the tickets. Today, tickets from Super Bowls I, II, III, VIII, and XII are the most rare and valuable.

Al Glaser, a lifelong Chicago Bears fan who lives in Temecula, Calif., owns three sets of Super Bowl tickets and multiple sets of stubs. He loves the tickets for their designs and how they connect him to the game—and for the thrill of the pursuit. For one of his full sets, he tracked down the MVP of each game and had him autograph the corresponding ticket, an incredible undertaking that took 20 years to complete.

“That was pretty amazing, very difficult,” he says. “The fun part of that was actually going to autograph signings and talking to the quarterbacks or the player who was the MVP. In many cases, for the older guys—Bart Starr, Len Dawson, Joe Namath—it brought back some great memories, and we were able to sit and chat for a couple minutes even though many people were waiting to get their item autographed.”

As the big game approaches, collectors and auction houses alike eagerly await the great lots that will be available. And here is where the hobby and the game it celebrates diverge: While there is no guarantee the game will be worth watching, everyone agrees the auctions will be. 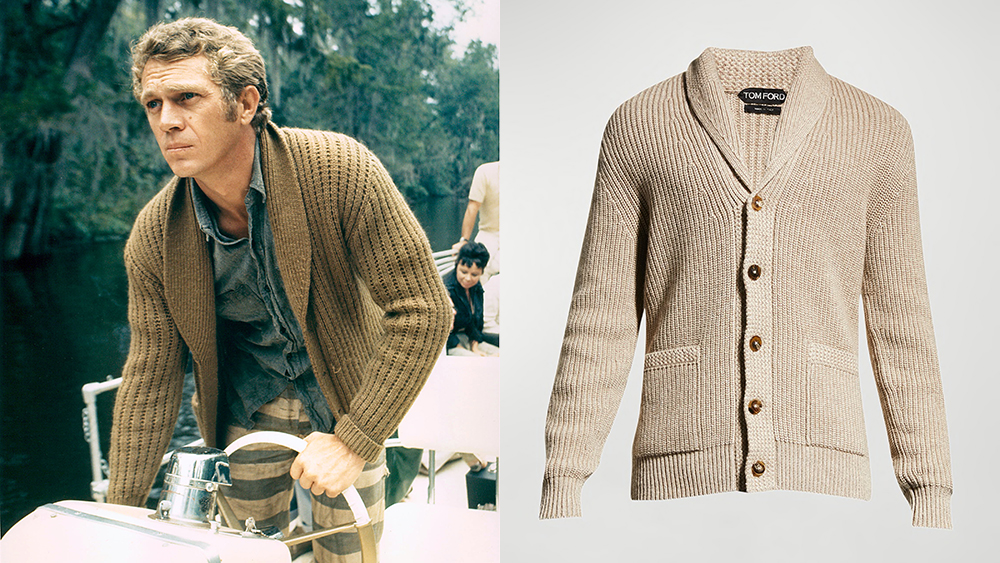