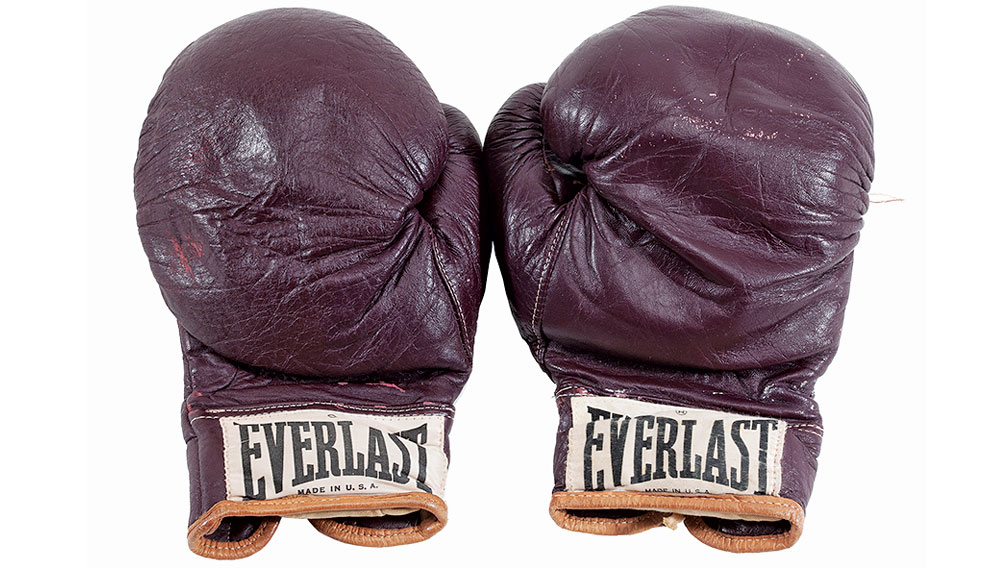 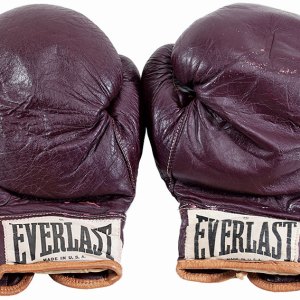 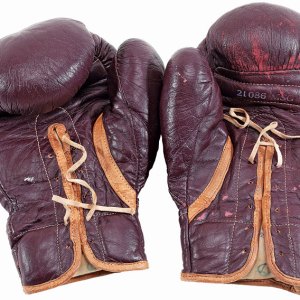 Dealers and auctioneers of sports collectibles speak of Muhammad Ali memorabilia in the same breath as items associated with Babe Ruth, whose $4.4 million game-worn New York Yankees road jersey holds the record price for any sports collectible sold at auction. But like Ali himself—a polarizing figure early in his career because of his prefight trash talk, his candid comments on racial inequality, and his refusal to be drafted into the U.S. military—the champ’s memorabilia was not always so popular.

“Early in Muhammad’s post-boxing career, there was very little interest in Ali memorabilia,” says Steve Jackson, who operates Steve Jackson Authentications, a New Jersey business that specializes in authenticating Ali memorabilia. “It was rather disconcerting to see that a Mickey Mantle or Ted Williams jersey would sell for hundreds of thousands of dollars, while there was little or no value to any of Muhammad’s items. It didn’t make any sense to me.”

Fifty years ago, on February 25, 1964, in Miami Beach, Fla., Ali (then known as Cassius Clay) knocked out Sonny Liston and claimed boxing’s heavyweight championship. Ali’s final bout was in 1981, a 10-round, unanimous-decision loss to Trevor Berbick. That fight concluded a career that, though it featured three heavyweight championships, had been in obvious decline for several years, which perhaps explains the initially deflated value of Ali memorabilia. Collectors’ interest in the champ gradually grew in the late 1980s and early 1990s as the entire sports-memorabilia market burgeoned, but Jackson credits Ali’s torch-lighting appearance at the 1996 Summer Olympics in particular with escalating the demand for Ali collectibles.

With Ali memorabilia (like that of all sports stars), the items worn during competition—gloves, trunks, shoes, and robes—are the most valuable collectibles. “The supply of fight-worn material is so, so limited. That’s why those items bring the high prices that they do,” says Dan Imler, a vice president of SCP Auctions. In 2012, SCP sold several items owned by Ali’s trainer, Angelo Dundee, who had died earlier that year. Two pairs of fight-worn gloves, one from the 1964 Clay–Liston match and the other from Ali’s first bout with Joe Frazier, in 1971, sold for $385,848 apiece, which is the highest price ever paid at a public auction for Ali memorabilia.

Autographed material that predates Ali’s joining the Nation of Islam and changing his name from Cassius Clay, in 1964, is generally worth more than items bearing an Ali signature. “There’s much less Cassius Clay–signed material than Muhammad Ali–signed material,” says Imler. “When he changed his name to Muhammad Ali, that was in the early, early era of collecting. No one was collecting on the large scale that they do today. He wasn’t doing large-scale public signings. He was doing them on an individual basis.” (When Ali began appearing at sports-memorabilia shows in the 1980s, he sometimes honored requests to autograph items with “Cassius Clay,” but those signatures are not as valuable as pre-Ali signatures.)

Boxing has lost its cultural dominance in the last decade, yet the demand for Ali memorabilia remains strong, says Imler, because of his charisma. “There’s a difference between being great—being a prolific athlete—and being beloved. Muhammad Ali was the epitome of both. He was the greatest, and he was beloved. Babe Ruth is the same. He was absolutely the best, and absolutely beloved. It will drive the marketplace for Ali memorabilia for a long time to come.”