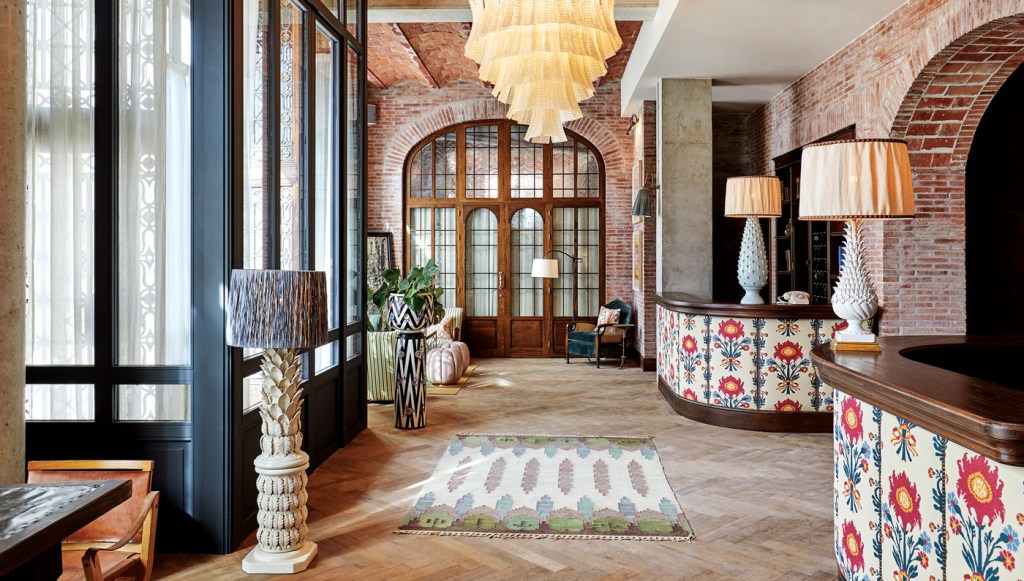 Barcelona’s Plaça del Duc de Medinaceli has a rich pedigree of important residents, from the ordained brothers who built a Franciscan convent there during the 13th century to the Catalonian aristocrats who constructed elegant manor houses along its perimeter in the 1800s. The palm-tree-lined square welcomed a new generation of VIPs last October, when the 57-room Soho House Barcelona (sohohousebarcelona.com) opened inside a pink-hued 19th-century structure on its northern edge, just steps from the Port Vell marina. The hotel and private member’s club—Soho House’s first in Spain—takes cues from its Catalan architecture, with vintage finds and original art pieces scattered throughout. Soho House stalwarts are also present, including the Cowshed Spa (designed to resemble a 1930s pharmacy) and an outpost of London’s Cecconi’s northern Italian restaurant. Members and guests can also mingle at the House—a vaulted lounge and restaurant filled with mismatched furnishings and Spanish textiles—or at the rooftop pool that overlooks the plaza.