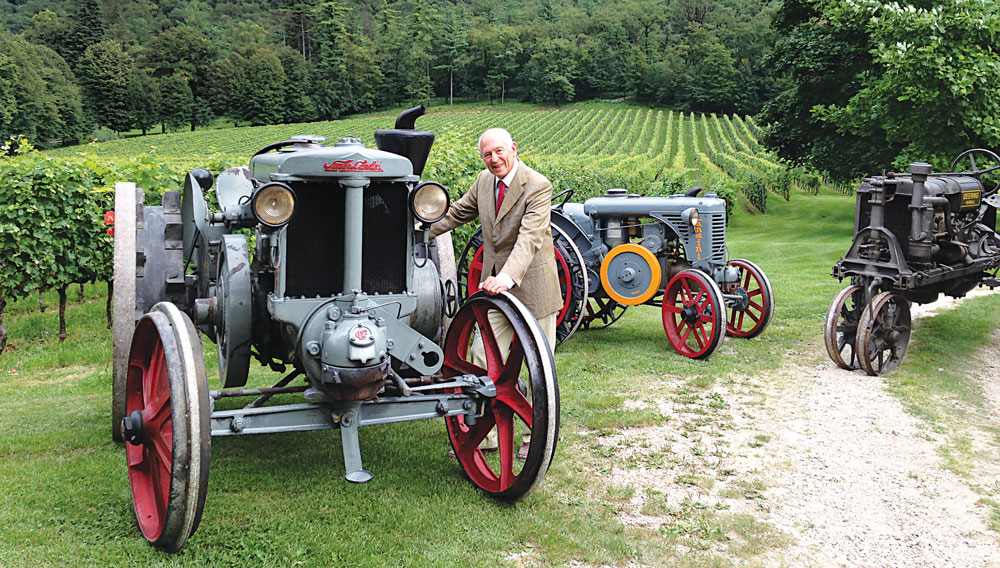 Forty-seven years ago, Marchese Carlo Guerrieri Gonzaga inherited the family farm, a 750-acre estate beneath the Dolomite mountains in Northern Italy called Tenuta San Leo-nardo. Among other crops, its vineyards produced a rustic wine, but the marchese had a different idea. He was convinced the land could produce wine to rival the best of Bordeaux, and so he planted the great grapes of France—Cabernet Sauvignon, Cabernet Franc, Merlot, and Carmenère—and from the first velvety vintage of Tenuta San Leonardo in 1982, he was proven right.

For the marchese, the elegant wine, the storied estate, and the noble family history are all intertwined in a single surprising object: the Super Landini, the star of the marchese’s collection of 15 vintage tractors dating from 1916 to the 1960s. The 1936 Super Landini is a rare Mantova model, with a testa calda, or warm-head, engine that requires heating the cylinders before firing it up. It is also a survivor: During World War II, the family fled San Leonardo and hid the tractor in the woods. Retrieved after the war, “it was one of the reasons the family was able to save the estate,” says Anselmo Guerrieri Gonzaga, translating for his father. “It helped get them back in business.”

This photo was taken in August, on the one day a year the Marchese takes his beloved Super Landini out for a spin. “My father grew up among these tractors,” Anselmo says, “and they all absolutely work. They are living machines, we call them. They have a heart. They are not just a piece of iron.”