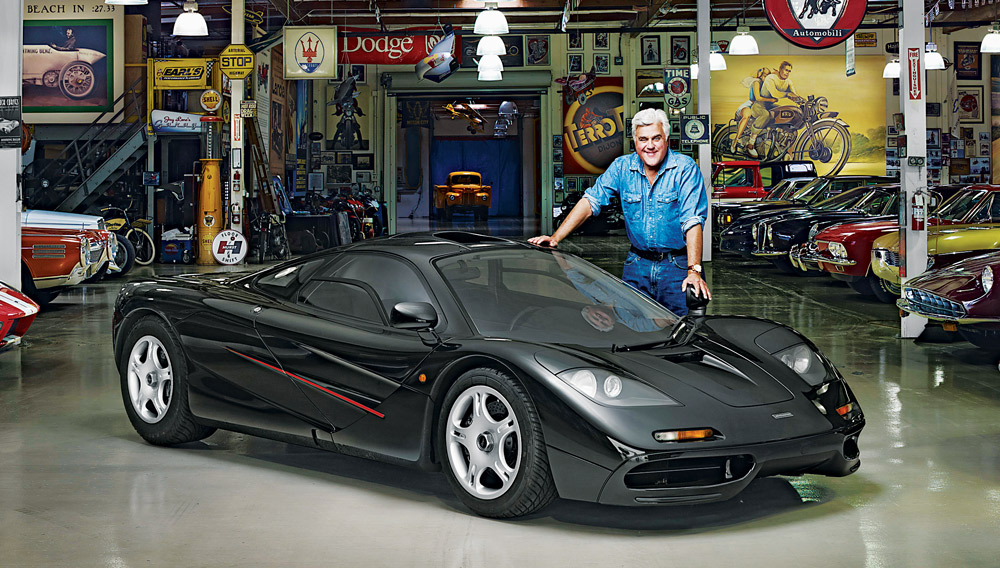 Jay Leno grew up during the 1950s and early ’60s in a sleepy Massachusetts town, where he remembers spending summer nights with his friends at the Dairy Queen, hoping to see a high-performance sports car drive by or, better yet, pull into the parking lot. Today, the 65-year-old former Tonight Show host owns 135 cars and 117 motorcycles. It is an eclectic collection defined, he says, by vehicles that were ahead of their time and in some cases were consequently what he calls “noble failures.” Such cars include Leno’s various Duesenbergs and the NSU Spider (the first production car powered by a rotary engine)—high-quality, technologically advanced vehicles whose production costs were too high for their respective brands to remain solvent. Leno has retained an affinity for high-performance sports cars, as evidenced by his 2014 McLaren P1 and 1994 McLaren F1. He also owns a Bentley Turbo R, which was the fastest sedan in the United States when he acquired it in 1988. “Speed is the only new sensation of the 20th century,” he says.