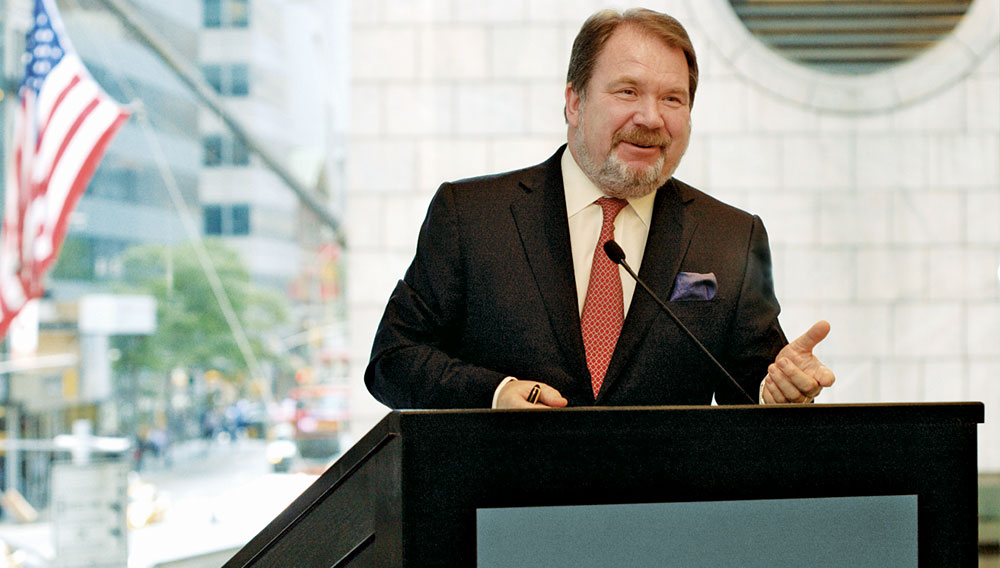 Malcolm Barber is a 43-year veteran of the auction industry and a collector of cars and watches. He specialized in automobiles at Sotheby’s for 20 years, eventually ascending to the top of its motoring department. Barber was an executive with Bonhams when it acquired the San Francisco–based Butterfields in 2002 and established Bonhams & Butterfields as its U.S. operation. Following the acquisition, Barber assumed his current role as CEO of Bonhams & Butterfields, and he also fills a broader role as worldwide group managing director for the house, which conducts about 700 auctions a year in 60 categories. Automobiles remain Barber’s specialty.

A luxury is anything, really, that extends over and above reasonable usefulness. I could buy a Swatch or I could buy a Rolex, couldn’t I? They both do the same thing: They give you the time. Certain foods and certain wines are luxuries. They’re out of the ordinary and probably more expensive because they’re different.

In my business, the price of an item is determined by one collector outbidding another for the item they both want. It’s not like a retail shop where there are 100 items on the shelf and everyone can buy one. The rarity and quality of an item make it a luxury in some respect.

You have to be able to afford and appreciate luxuries. Everything has to be governed by income. I collect only what I can afford. It is subject to my surplus income, after I’ve paid for the basic essentials and necessities.

Motorcars are a bit of a passion of mine. There’s nothing like having a 110-year-old car. I have three cars that were built in 1903: a Peerless and two Oldsmobiles. I use them. I enjoy riding in them with my wife and children. We belong to a couple of car clubs, and there are weekends when we’re touring in a classic car. It’s a passion; it’s a hobby. Is it a craving for luxury goods? Maybe not in my case, but the cars are items that I can appreciate, be the custodian of, and pass on.

The auction market is fed by a lot of things: estates of the deceased, collectors cashing in their assets, changes in what people want and collect. Modern and contemporary artists are more in vogue now; it used to be the old masters. Items can go up and down in value because of vogues and fancies. Guys like my sons, who are in their mid-20s and 30s, look at my old cars with a bit of a jaundiced eye. They would rather have an E-Type Jaguar or a Ferrari. Vogues and fancies change with generations.

We feed the luxury market, but we’re susceptible to changes in vogue and tendencies. If you brought an antique Rolex to Hong Kong for an auction, it would not draw as much attention as a modern, limited-edition Rolex. It’s a younger market in Hong Kong. The antique market is stronger in Europe.

We don’t sell as many classic or antique cars in Hong Kong or other parts of Asia as we do in Europe and America. There’s really not as much of a classic-car culture in Asia. But there’s an insatiable fine-wine market there. It is showing some signs of fading, but the major auction prices have been achieved [in Hong Kong].

With the crash in 2008, we [Bonhams] saw a rush into assets. That’s what usually happens when there’s a financial crisis or a run on any currency: There’s a flight into gold, precious metals, jewelry because there’s an asset value to those, and they provide better returns than the banks and the stock markets. As one economy wanes, another rises. That’s the way the world swings. Some markets declined; other markets rose. The economies in Asia and India were on the rise. Their populations had more spending power. The prices of Lafite and Petrus rose. Where was the wine going? It was going to Asia. We opened a Hong Kong office, and, in addition to wine, we were shipping watches and Asian works of art there. Artworks had been leaving China since the time the emperors were overthrown, and now the Chinese people are buying back their heritage.

I’ve seen more new people come in through our doors—and not just from the emerging markets in China and South America—who have a cash pile that isn’t doing anything for them in the bank or in the stock market, and so they’d rather buy something luxurious with it. It’s a safer market to be in right now.