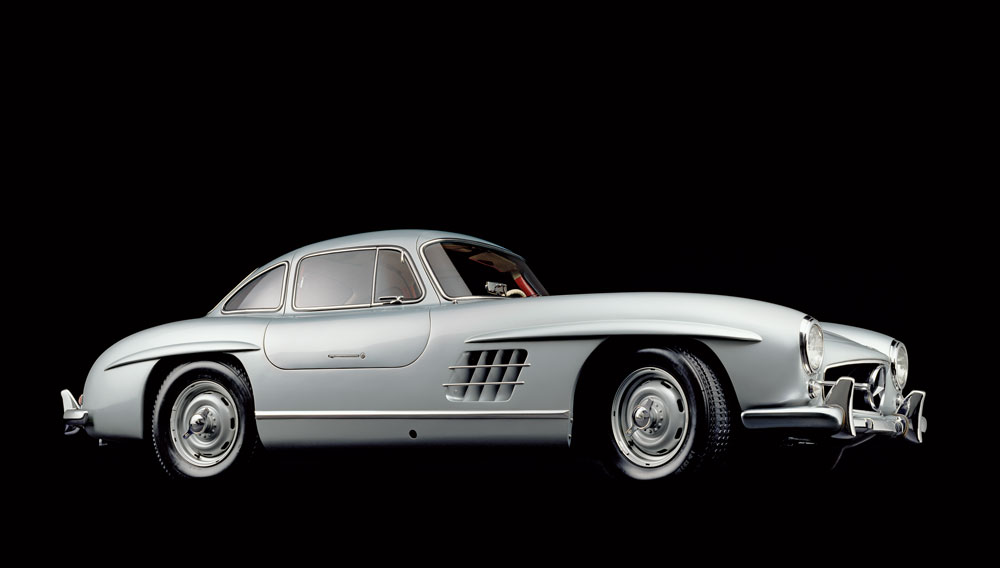 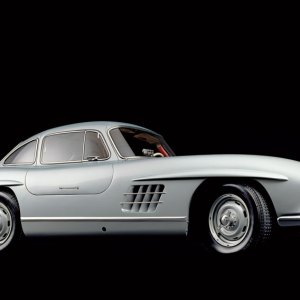 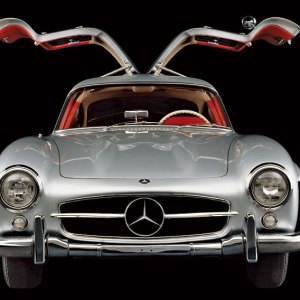 the 300SL, the first of the Mercedes-Benz SL-Class (for Sport Leicht, or “sport light”) models, was produced at the suggestion of Max Hoffman, the U.S. importer for several European automakers including the company then known as Daimler-Benz. Hoffman believed a refined, road version of the company’s W194 Grand Prix racer would do well in the U.S. market. He reportedly convinced Daimler-Benz to produce the 300SL by ordering 1,000 examples of the car before the company approved the project.

Like the W194 racecar, the 300SL was built on an aluminum space-frame chassis formed with welded tubes to increase its strength and minimize its weight. The chassis’s high sills led to the use of gullwing doors, which became the coupe’s signature feature and is now a common design element on supercars.

The 300SL was the world’s first production car equipped with fuel injection. The system was derived from the V-12 engine that powered one of Germany’s World War II fighter planes, the Messerschmitt Bf 109E. The car’s single-overhead cam, straight-6 engine developed 215 hp and enabled a top speed of 161 mph, making the 300SL the fastest production model of its day.