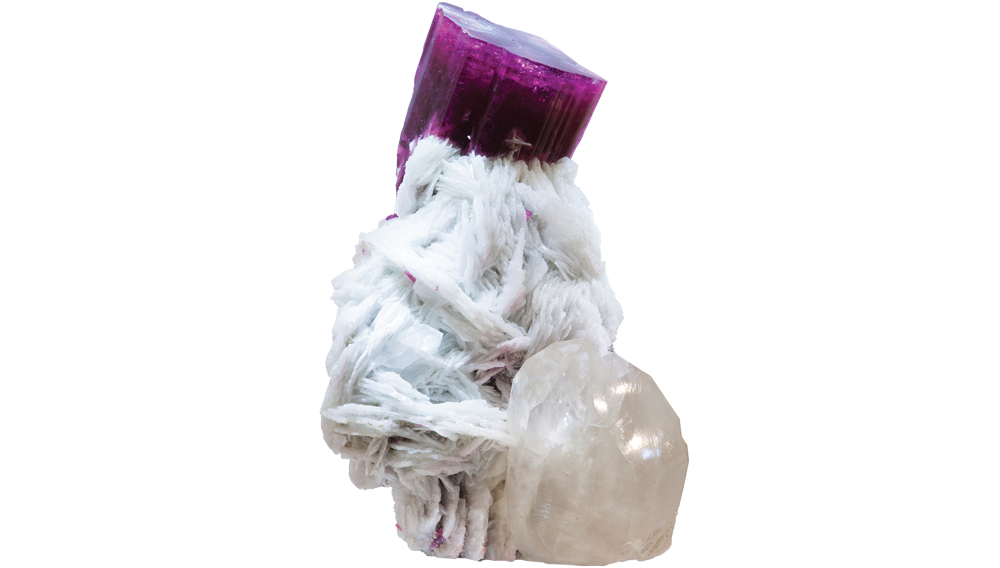 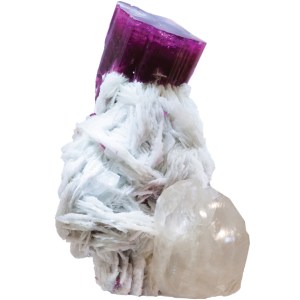 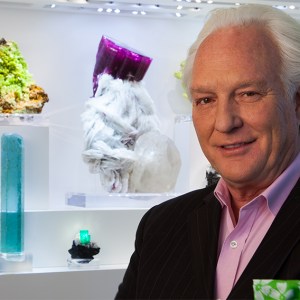 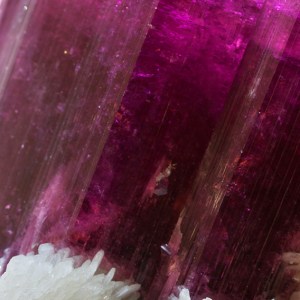 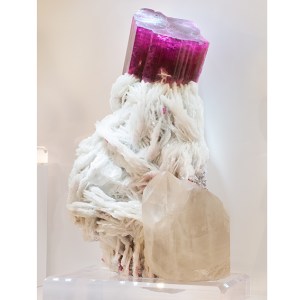 Ten years ago, the fashion and real estate entrepreneur  J. Christopher Burch took his son to the American Museum of Natural History in New York City. Little did he know that their visit to the museum’s Hall of Minerals would have such a lasting effect: The color and power of the specimens on display resonated so strongly with Burch that he began a collection of his own shortly afterward. He now owns hundreds of minerals, from a nearly 2-foot-long grouping of red vanadinite crystals from Morocco to a spectacular 8-inch aquamarine from northern Pakistan. He displays all of them at his homes in Miami Beach and Manhattan, and in his office in the Flatiron District. But for Burch, the most remarkable rock in his collection is a dazzling, 30-pound tourmaline that is one of the rarest in the world.

Taken from the Jonas Mine in Brazil, where a dozen large specimens were discovered on Good Friday, 1978, it is part of the most significant tourmaline discovery of all time. Collectors grabbed up the stones within months, and none have returned to market except for this one. Burch first saw it four years ago at a Scottsdale, Ariz., gem show, but hesitated because of the price, which was reportedly six to seven figures. Two years later, with the help of a dealer, he negotiated the deal and it was finally his.

The tourmaline is gigantic—28 inches high, 16 inches wide, and 27 inches deep—and has a perfect rectangular shape and deep cranberry color. When the light shines through, it flashes a translucent purplish pink. Nature provided its pedestal—a contrasting crystallized matrix of snowy albite, which clings to the tourmaline like protective fingers and rises above gem-clear quartz crystals.

When Burch walks into the room and sees it, his entire demeanor brightens. “I like hanging out with it,” he says. “We’re in a really busy city, and I want something to make me feel calm. Everyone says it gives energy, but I also want it to take energy and make me feel calmer. Even sitting here talking about it makes me feel good.”