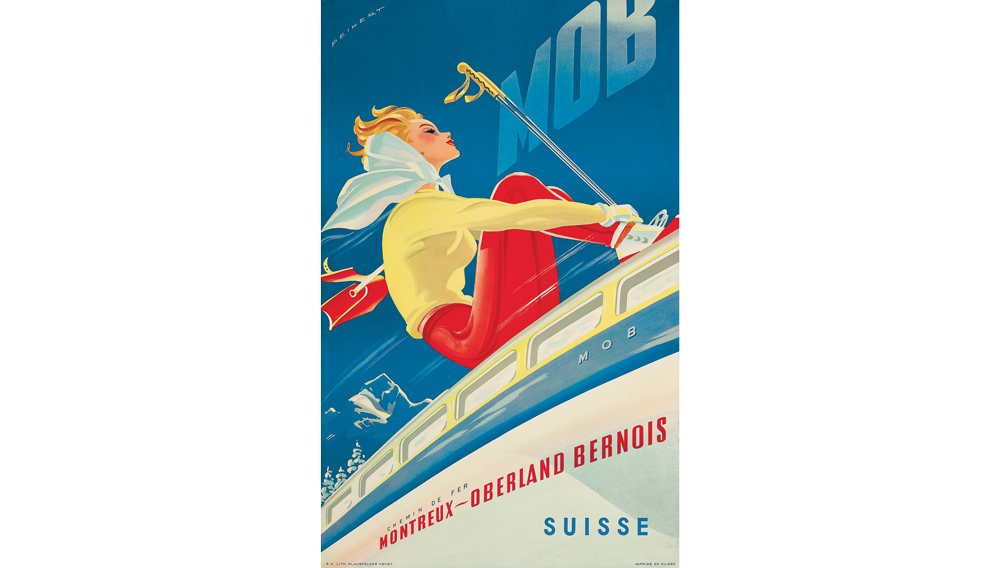 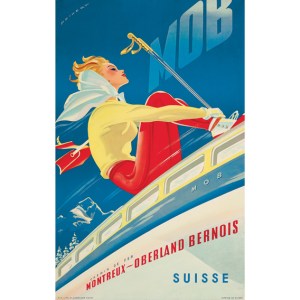 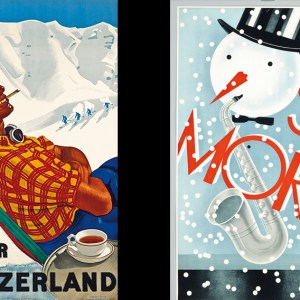 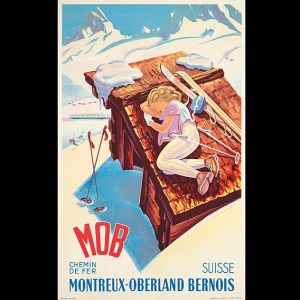 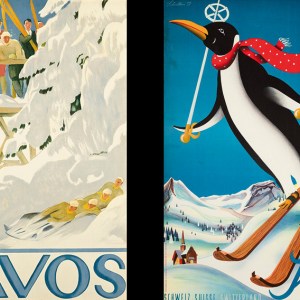 Long before the era of artificial snow and Bode Miller, skiing was an exclusive sport of the leisure class, and the advertisements for luxurious ski destinations were themselves works of art. At the turn of the 20th century, limited-run posters were produced touting St. Moritz, Stoos, and Davos, among other storied spots. Most were plastered on boards and hung about railroad stations to promote train travel to the resorts.

Only a small number of posters were archived, and some of the most valuable will be offered in January at the annual ski poster sale by Christie’s London. The top lots—which have limited availability and are in good condition, and feature well-known artists, sought-after destinations, and pleasant designs—include Davos by Emil Cardinaux (about $18,500 to $27,800) and MOB by Martin Peikert (about $4,600 to $7,700). Davos was a booming ski destination in the early 20th century, and still is today, and Cardinaux was “one of Switzerland’s most important poster artists,” says Nicolette Tomkinson, the director of Christie’s posters department. The artwork for 1946’s MOB (pictured) shows a young, fashionable woman sitting atop a Montreux–Oberland Bernois train as it whisks her away to a popular—and well-advertised—Swiss destination.