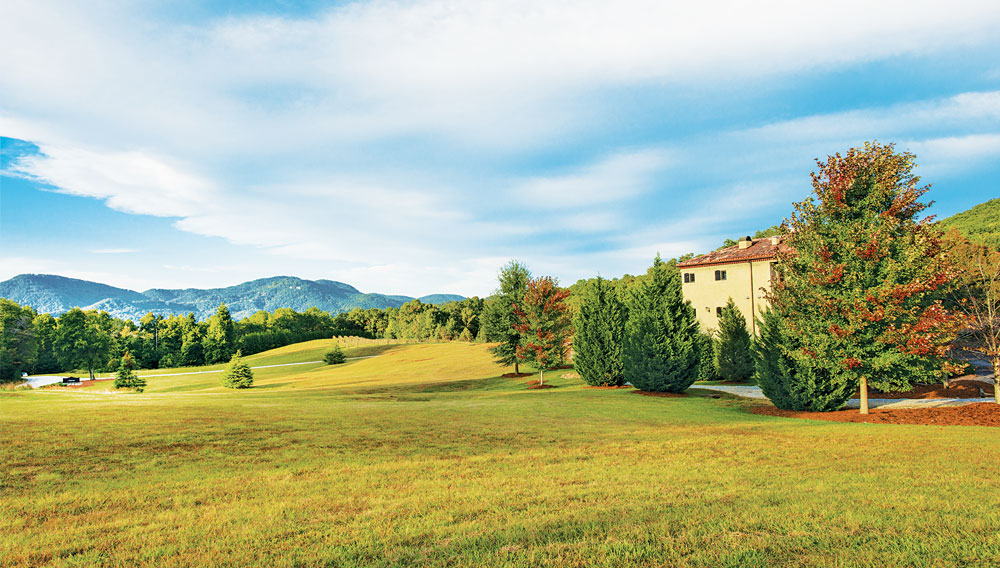 The hilly road stretches before me in an endless blur. Squinting through sweat-drenched wisps of hair, my legs jellylike, I hunch over my handlebars in despair. In the distance, the professional cyclist George Hincapie and his riding companions bob left and right in unison until they finally drop out of view, leaving me alone and, for the moment, defeated.

Gulping a heavy breath of air that burns my lungs, I command my legs to catch up. Up, down, up, down, they propel my bike forward so slowly I expect to fall sideways at any moment. Repeating this mantra—up, down—I quicken my pace until the rotation of my pedals is at last fluid and rhythmic. Soon I am soaring down the hill’s other side, grateful for the cool wind blasting my hot cheeks and victorious at the sight of my group ahead.

Two hours and 20 miles earlier, I had met Hincapie—who rode in 17 Tour de France races during his 19-year career—at South Carolina’s new Hotel Domestique. Opened in August by Hincapie and his brother Rich, the 28-acre property sits amid the Blue Ridge Mountains, along one of Hincapie’s favorite training routes. “I would always ride past here and think it was such a beautiful building,” Hincapie says of the estate, which the brothers purchased in 2011. “I just thought if we could get this place up and running, we could create a new getaway in one of the best places to ride a bicycle.”

Of course, outdoor endeavors are Domestique’s raison d’être. In addition to daily rides (often led by Hincapie), guests can spend time hiking in Caesars Head State Park, golfing at nearby Gary Player–designed courses, or fly-fishing in the South Saluda River. Spa treatments and a pool area offer post-excursion relaxation, as does a restaurant that serves such specialties as elk carpaccio and rabbit meatballs.

Hours after my ride with Hincapie’s crew, I stiffly descend the hotel’s granite staircase to join my fellow cyclists for an evening of recuperation. Sipping Pinot Noir around the living room’s fireplace, we recount our day’s journey mile by mile: the quiet roads winding through oak forests, the verdant hills rising and falling like roller coasters, and, of course, our final, grueling ascent.

“I was worried about you for a while there,” Hincapie says to me. “But I am impressed. You didn’t stop for a second.”

Despite my aching muscles, I am suddenly ready for my next ride.