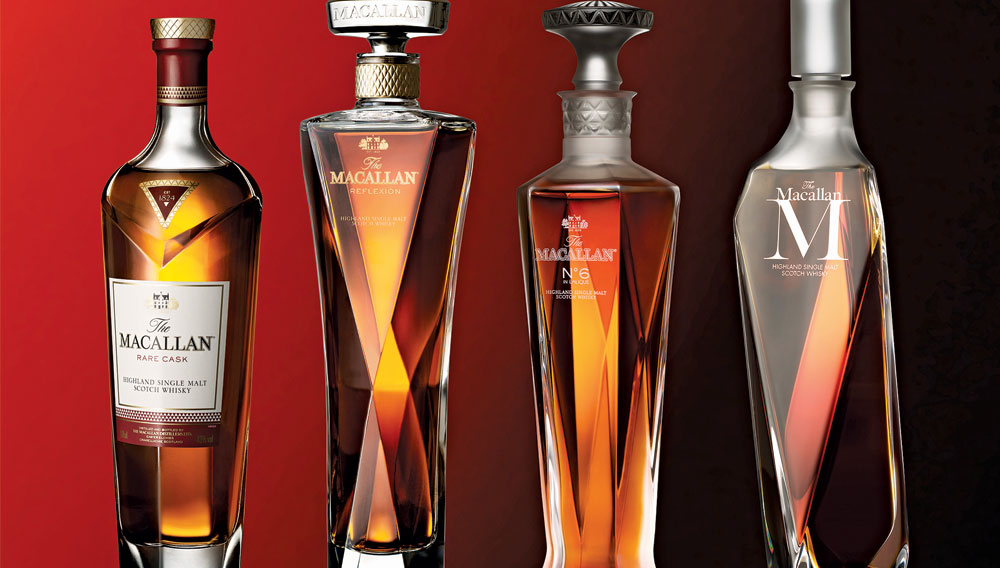 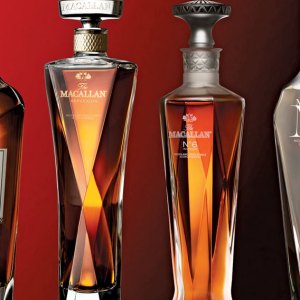 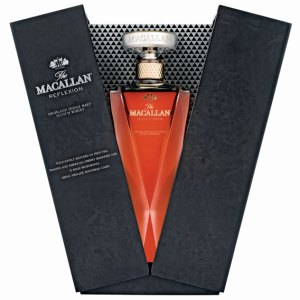 The Macallan’s 1824 Master Series made its debut in 2013 with the release of the Macallan M, a deeply colored and flavorful malt that resembled an amplified version of the brand’s famed 25 Year Old. Designed to showcase the Macallan’s sherry-influenced style—the distillery ages its whiskies almost exclusively in bespoke casks from Jerez, Spain—the limited-edition spirit was followed the next year by the ruby-red Rare Cask, whose flavor emphasized the tannin-rich characteristics of Spanish oak. The 1824 Master Series, which is named for the year the Macallan was founded in Speyside, will continue to explore the spectrum of color and taste in 2015, though the adventure might be coming to an end.

The 2015 debuts of Reflexion ($1,200) and No. 6 ($4,000) will likely mark the completion of the series. The naturally colored and flavored spirits will also represent perhaps the darkest and most concentrated sherry-aged whiskies in the Macallan’s history. “As you move through the 1824 series,” says Ken Grier, director of malts at the Macallan’s parent company, the Edrington Group, “each expression becomes increasingly dark and more complex, reflecting the careful selection of exceptional casks.”

For Reflexion, the Macallan’s master whisky maker, Bob Dalgarno, primarily selected whiskies matured in first-fill sherry-seasoned oak. A high proportion of those whiskies were aged in smaller hogshead casks, a process that intensifies color and flavor because the relatively larger surface area of wood interacts more with the distillate. A small percentage of American oak–aged whiskies combined with the sherry-aged spirits to create a final product with strong floral and citrus notes intertwined with fresh apple, raisin, and apricot flavors.

No. 6 is named after the six pillars of the Macallan’s heritage, foundations of the brand that include the Spiritual Home of Easter Elchies House—the 18th-century manor that remains the center and social focus of the distillery—and the Curiously Small Stills that, as some of the smallest in Scotland, contribute greatly to the whiskies’ unique character. Almost haunting in character, the No. 6 is a dark mahogany whisky presented in a Lalique decanter.

The Macallan offers no age statements for Reflexion or No. 6, as the continued existence of the whiskies will depend upon remaining stocks. “As the colors [of the different expressions] darken and the complexity of character develops,” Grier explains, “the pool of casks available gets ever scarcer and more valuable.”

The scarcity of the spirits will be reflected in their North American distribution: When released early this year, Reflexion and No. 6 will be available only at a select few luxury establishments in Las Vegas.