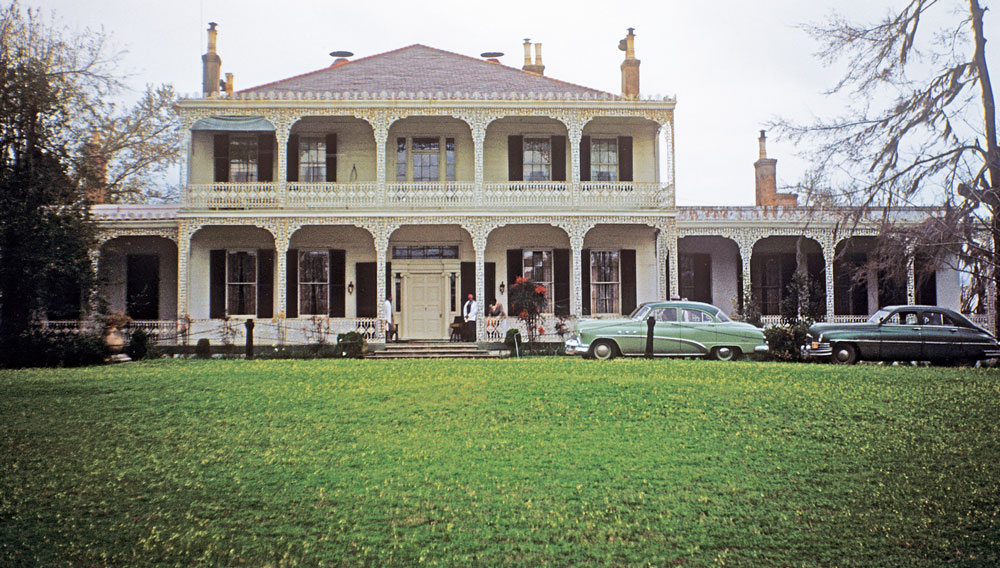 Some ambitious homes are constructed to shelter their occupants; others are conceived to shelter their owners’ ambitions. In the early 19th century, many such shrines to dynastic aspiration rose in the Southern United Sates—nowhere more prolifically than in the town of Natchez, Miss. Yet by the 20th century, most of these antebellum monuments existed merely as memorials to lost fortunes and ruined lives. In the summer of 1932, two such once-proud places served as suitable settings for a tragedy that made headlines from New Orleans to New York.

On the evening of August 4, the Natchez sheriff’s phone rang. “You’d better come quick,” said the caller. “I’m afraid something terrible has happened.” When the authorities arrived at Glenburnie, an elegant plantation house, they found overturned chairs, broken glass, and a trail of blood leading onto the veranda—but no sign of the home’s resident, a 68-year-old woman. Not until dawn did the search party uncover in the woods a barefoot body clad in a gore-soaked dress. As Time magazine reported, the discovery suggested “the morbid melodramas of Mississippi author William Faulkner who specializes in social decay amid evil surroundings.”

The victim, Jennie Merrill, was an aristocratic and eccentric recluse. Born in 1864 in a sprawling mansion known as Elms Court (pictured), she was the daughter of Ayers Merrill Jr., a Harvard-educated diplomat, and Jane Surget, a Natchez belle. During the Civil War, her father managed to preserve the family’s property by opening his doors to Union officers—a gesture that earned him the enmity of his neighbors and the gratitude of General Ulysses S. Grant, who subsequently appointed him the U.S. ambassador to Belgium. When illness forced Merrill’s father to resign, she returned with him to Elms Court, where she remained until his death in 1883. Although she inherited an immense fortune in cash and property, Merrill sold Elms Court and moved to Glenburnie, where she withdrew from society.

Her sole companion was a cousin, Duncan Minor, who rode each night on horseback to her home and remained there until morning. On his final visit, he stumbled upon the gruesome scene and phoned the sheriff.

Merrill’s cousin had reason to suspect that the inhabi­tants of Glenwood, a neighboring manor, played a part in her death. Its owner, Richard Henry Clay Dana, had studied music in New York, where he aspired to become a concert pianist. His career, however, ended when a window came down on his right hand, crushing his fingers. Back in Natchez, he enjoyed the company of Octavia Dockery, a penniless relation of Jefferson Davis who wrote poetry. Dana welcomed her at Glenwood, but his inheritance soon slipped through his broken fingers. The mansion’s ornate rooms filled with debris, and the property’s goats wandered the halls, chewing the upholstery. When these caprine intruders ventured onto the grounds of Glenburnie, Merrill angrily shot one. The incident led to a legal dispute that inspired a newspaper to dub Glenwood “Goat Castle.”

When the sheriff came to question him the night of the murder, Dana was washing a bloody shirt. Following his and Dockery’s arrest, the press anxiously awaited the trial and its promise of macabre details. Reporters, however, were disappointed: Months after the discovery of Merrill’s body, Arkansas police shot a man named George Pearls who wielded a .32-caliber pistol. Law enforcement submitted the weapon for analysis, the results of which indicated that the gun was the same one fired at Merrill.

To escape the curious, Minor—who inherited his cousin’s fortune—retreated to Glenburnie to meditate on the memory of its mistress. Yet Dana and Dockery, cleared of all charges, delighted in their newfound fame. Glenwood, long a financial burden, became a source of remuneration and, ironically, solace for their thwarted careers. Tourists, who paid admission to see the celebrated Goat Castle, listened patiently as Dana pecked out tunes on a borrowed piano and Dockery performed dramatic readings of her poetry. The house, which provided poor shelter for their persons, at least offered refuge for their blighted ambitions.