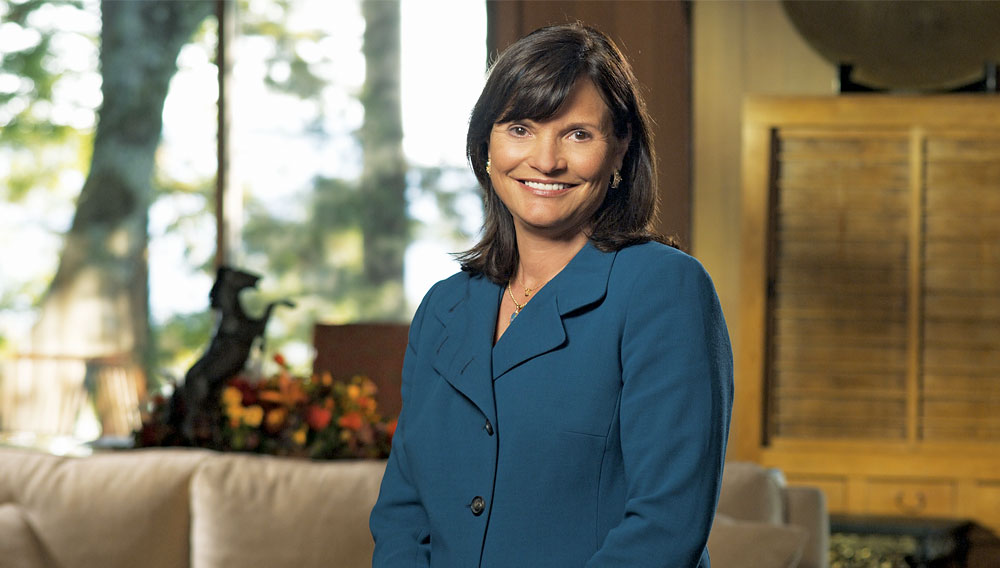 Like her late husband, Jess Jackson, with whom she cofounded Jackson Family Wines, Barbara Banke is a trailblazer. In the 1990s, long before others recognized the value of mountain vineyards, she began purchasing properties in Sonoma and Napa Counties that now provide grapes for such boutique prestige labels as Lokoya, Vérité, and Cardinale. Today, Banke’s company owns nearly two dozen wineries in California, France, Italy, Chile, and Australia. These thriving enterprises vie for her attention with Stonestreet Farm, the stables in Kentucky that grew out of Jackson’s and, later, Banke’s zeal for equestrian sport. “I remember asking myself, ‘What are we doing?’” recalls Banke of Jackson’s decision to enter Thoroughbred racing. “I’m not sure he knew when he got involved what we were in for. He’d probably be telling me now not to go crazy!” —Brett Anderson

It sounds as though horse racing has become your personal passion.

When my husband started our Thoroughbred racing and breeding operation in 2003, I knew absolutely nothing about the sport. I was very skeptical about it, and I couldn’t figure out how he was going to make it work. But of course, being Jess, he did make it work. We had the Horse of the Year in 2007, 2008, and 2009.

What aspect of the Thoroughbred business drew you in?

I fell in love with Curlin, and after that, I was hooked. Curlin won the Preakness, almost won the Belmont, and won the Breeders’ Cup in 2007. When you went to the races with him, you’d always think: How much is he going to win by?

Was wine a passion before it became a business?

I was a passionate consumer of wine, especially from California and Italy, because I was an attorney. It’s a rule of law that the more you’re in court, the more you need fine wine. I remember going to Caymus and some of the other Napa Valley wineries—Freemark Abbey, Beringer—so I was mainly learning about it there. When I met Jess, of course, he had a vineyard, and he took me to a number of different regions. I had no idea that I would ever be involved in wine as a business. Life has lots of twists and turns. But I’m so happy that I’m no longer an attorney.

As owner of Cardinale, you were a sponsor of this year’s Car of the Year competition. Are you a car enthusiast?

Yes. I have a small collection of antique cars. I also like seeing the new models and having the opportunity to evaluate them. I love my Maserati Quattroporte; it corners very well on these winding wine-country roads.

The wine business was a second career for you and horse racing a third. Will there be a fourth?

I actually divide myself between three businesses. I’ve started a new business with my good friend Peggy Furth called SonomaCeuticals. The company takes grape pumice and turns it into grape-seed oil and grape-seed flour, which are used to produce a whole product line. We were doing a charity wine auction, and we decided that we needed a business to fund the charities instead. So we’re hoping to do a lot of good with this.

It means enjoying the company of my family and my friends in beautiful places like Sonoma, Napa County, and Tuscany, where we can enjoy great wine and great food. It also means watching brilliant racehorses perform. That’s my definition.