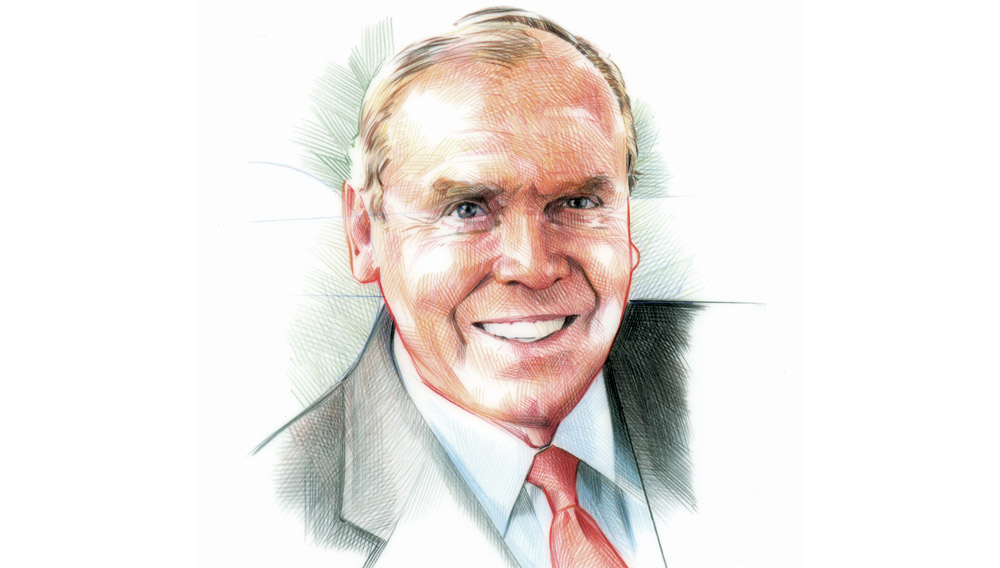 A conversation with the philanthropist, collector, and proud patriarch.

A self-made billionaire, Jon Huntsman rose from potato picker in Idaho to owner of one of the largest chemical manufacturers in the United States. Along the way, he has donated more than $1 billion and pledged over half of his wealth to charitable causes. He is the founder of the Huntsman Cancer Institute at the University of Utah, and of the Huntsman Springs resort community in Idaho’s Teton Valley, where he is building a museum to display his collection of Native American artifacts. Ever loyal to his humble roots, Huntsman is happiest in his home state, surrounded by his nine children—including former Utah governor Jon Huntsman Jr.—56 grandchildren, and two great-grandchildren.

What drew you to philanthropy?

Philanthropy has always been a part of who I am. I was born and raised in Idaho. My dad was a rural schoolteacher. We had a little farm to keep us going, and we worked hard picking potatoes. We didn’t even have inside plumbing. I never thought I would go to college, but a family from San Francisco put me on a scholarship to the Wharton School [of the University of Pennsylvania].

I started donating money when my wife and I were first married. I was a young Navy officer in Vietnam. We made just $300 a month, but you never forget your roots, so I always gave $50 away every month. There’s always a family who needs more than us. For me, if you start with nothing and you end with nothing, that’s a good life. We won’t end with nothing, but we’re on a pretty fast track of giving, and it’s for the right causes.

Your primary cause is cancer research.

My mother died of cancer in her fifties. Her mother died at 42. My dad died of it. I’ve had it four times. One of three women and one out of two men will have it in their lifetimes. We have to just get on top of it, and it takes people like me and others who have the means to give to the cause.

What prompted you to build a museum?

I have probably the largest—and certainly the oldest—collection of Navajo blankets and [American] Indian artifacts in the world. Sotheby’s estimated that it’s worth a rather substantial amount. We are building a museum in Idaho at our Huntsman Springs resort to display it. Some of the blankets were woven by the Navajos 150 years ago, and we’ve got a tremendous collection of kachina dolls from the Hopi tribe. The detail in these pieces is really marvelous.

What else do you collect?

We have a classic-car collection of 28 cars. Our oldest one is a 1929 Ford convertible, because my father-in-law used one just like it on his honeymoon. There is a 1959 Mercedes with all-wood interior that was beautifully done. And then there are the muscle cars—1964 and 1966 Corvettes—with the biggest single engines ever made in America. There’s also a 1949 Cadillac convertible that gets about a mile to the gallon. It’s solid steel, like a tank.

What do you do to unwind?

I’ve done a lot of fly-fishing over the years, up in Alaska, down in the Florida Keys, and off of Mexico and the California coast. It’s a great sport, and it’s a real art. People say that New Zealand has the best fly-fishing in the world, but it doesn’t hold a candle to the South Fork of the Snake River and the Teton River, which both run through Huntsman Springs. They’re filled with rainbow trout and cutthroat and German brown, which are the three best fighting trout in America. They really give you a good workout. It’s all catch and release, but every now and then you take one home and barbecue it when nobody’s looking.

I think family is what makes a good life. When you look at my family portrait, it looks like an elementary school, with all the daughters, daughters-in-law, sons, sons-in-law, grandchildren, and great-grandchildren. You may lose money on bad investments. People lose it in the stock market and on real estate. But you never lose money when it’s spent on time with family.