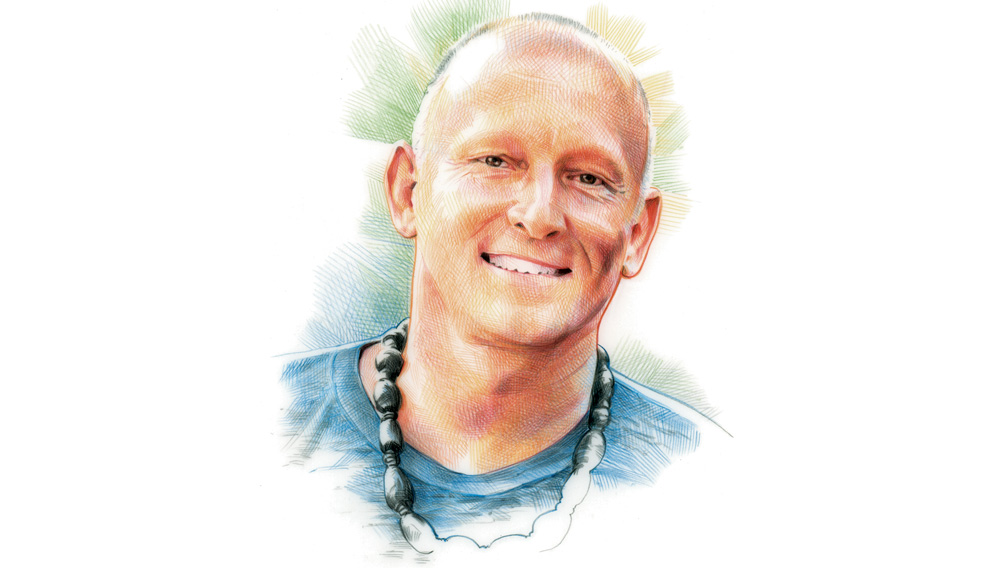 A conversation with the fashion designer and hotelier.

Wilbert Das is living a much different life than he did in his 30s and early 40s. Six years ago, the Dutch native, who is now 51, left his fast-paced jet-set job as the creative director for the Italian clothing company Diesel and headed for the beaches of Brazil. Today, as the creator and a co-owner of Uxua Casa Hotel & Spa in Trancoso, Das spends his days at the 11-room property, where Robb Report recently sat down with him to discuss clothing, travel, and the luxuries of the Brazilian beach life.

As a longtime fashion designer, are you still a connoisseur of clothing?

I love clothing. Since the late ’70s, when I was a young man, I bought everything that had anything to do with work wear and jeans. Military clothing was also an obsession, and T-shirts. I was interested in the ’40s, ’50s, ’60s, and nothing later than that. My main sources were L.A., London, and Tokyo, with Paris and Amsterdam in between. But it all stopped when I left Diesel.

What is your uniform here in Trancoso?

Surf shorts and the simplest T-shirt or tank top. I buy a lot from Osklen, which I think is the best Brazilian brand for men. They make nice clothing with a good cut, good graphics, and good material. And for shoes, only Havaianas.

Aside from Uxua, of course, what are some of your favorite hotels and resorts?

Post Ranch Inn in the United States and Soneva Fushi in the Maldives. [Belmond] Governor’s Residence in Yangon, Myanmar, was very beautiful. They would play a movie in the middle of the garden, and everyone would be sitting and lying around with cocktails. I appreciate very much the design of Amanresorts, but I don’t feel at home in them. The people who work there are not supposed to be seen; they are very much in the background and pop up when you need something. [For city hotels] I used to go to Gramercy Park and Soho House in New York and to Mondrian and Chateau Marmont in L.A.

Where in Brazil do you travel?

I’m discovering amazing places here. In August I bought a Land Rover in São Paulo and did a big road trip through Brazil and stayed at all the best hotels. The most unknown, best place that is comparable to Uxua is Reserva do Ibitipoca in Fazenda do Engenho. It is on a really beautiful old farm with a nice spa and an art collection. They have horses and really good food, and it’s done with heart. I also visited Inhotim near Belo Horizonte, a privately owned botanical garden with loads of art installations. It is one of the most amazing things I’ve ever seen. It’s privately owned by one guy, and he has a huge art collection and one of the biggest collections of palm trees in the world. They are opening a hotel in the near future.

Are you an art collector?

I used to be. The way I look at art is that it just has to touch me or not. It could cost $10 or $10,000. I only buy what I like, so I’m not the guy who invests and resells, although I was in the beginning. I was most crazy about the Dutch photographer and artist Ruud van Empel. I bought his most famous series, mostly black children in an incredibly green environment. He photographs every leaf, every eye, every nose of all different people, and then he creates a new picture of that. They have something very beautiful, but very strange. At that time I thought it was very new, and it was a very good investment also.

What is your biggest luxury?

That I do absolutely what I want, when I want, and that I have time. My whole life is about working and talking with people and going eating, going drinking, dancing, and playing sports. There’s very little couch time, and I can travel wherever I want, when I want.