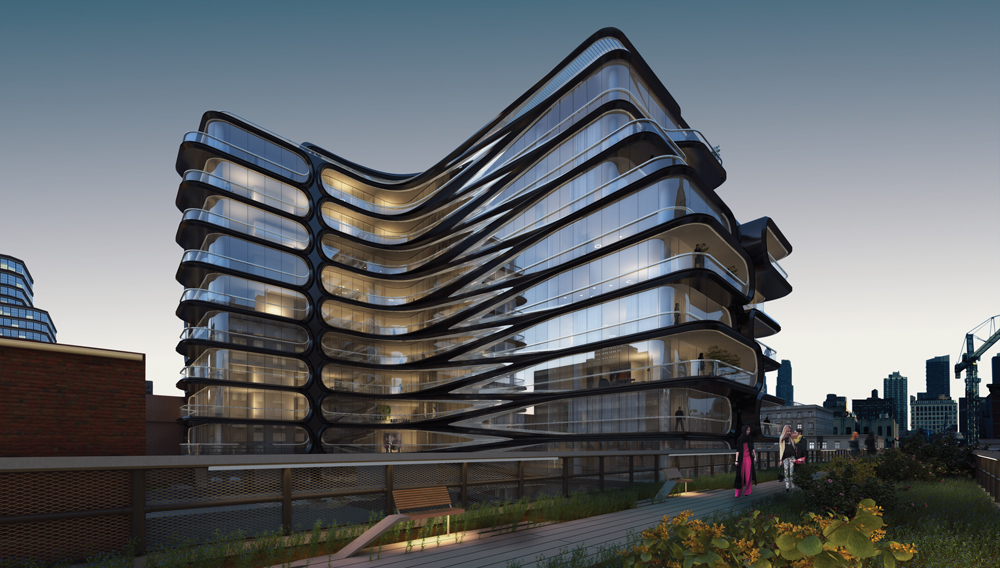 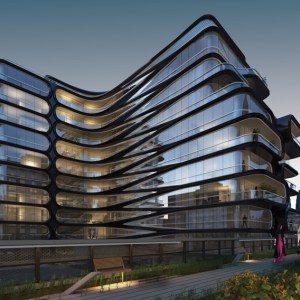 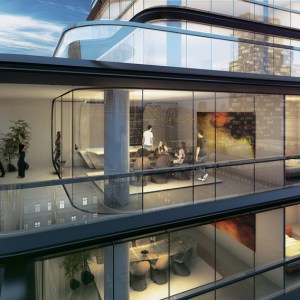 In 2008, West Chelsea’s reviled eyesore—a decommissioned elevated railroad tearing through the West Side neighborhood—found new life when its rusty ruins were converted into a roughly 20-block park in the sky. The High Line, which completed its final phase last year, has since spawned an architectural renaissance in this enclave known for its art galleries and Hudson River views. Next fall, the British firm Zaha Hadid Architects will complete one of the verdant esplanade’s most recognizable new residential projects, the 11-story 520 West 28th Street (520w28.com).

As is often the case with Hadid’s projects, 520 West 28th Street is equal parts art and architecture. Swooping curves composed of amorphous layers of glass and steel will allow for floor-to-ceiling windows in each of the 39 two- to five-bedroom residences. Interiors will feature plenty of signature Hadid style as well, with sculptural marble islands in the kitchens and curving walls throughout the building. Expected to hit the market this fall, the units will be priced from $4.65 million for a two-bedroom apartment to $50 million for the largest penthouse, and will include access to a wellness center and a sculpture garden.

Despite its futuristic shape, Hadid says 520 West 28th Street—her first permanent project in New York City—brings a measured integration to its West Chelsea surroundings. “I’ve always been fascinated by the High Line and its possibilities for the city,” she says. “The design engages with the city, while concepts of fluid spatial flow create a dynamic new living environment.”.