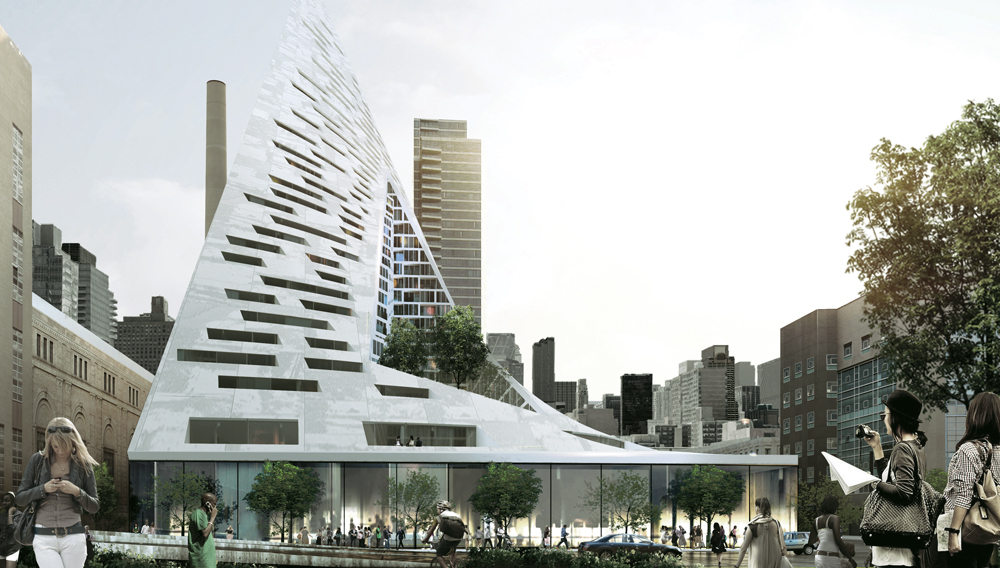 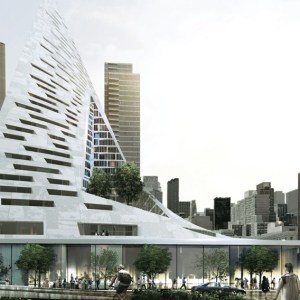 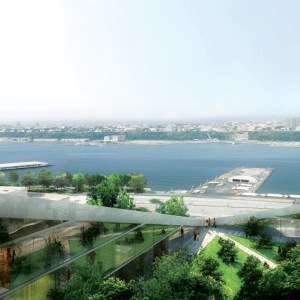 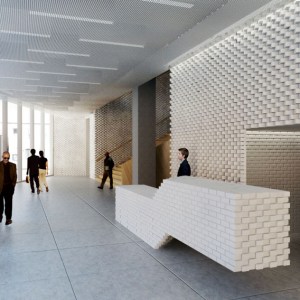 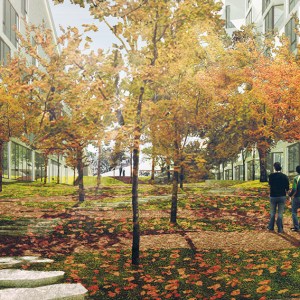 Nowhere has Manhattan’s flurry of construction been a greater spectacle than on West 57th Street. Dubbed Billionaires’ Row, the Midtown stretch has sprouted almost overnight with some of the city’s most impressive residences being sold at record-breaking prices. While the boom has most commonly resulted in tall, spindly towers, the Danish architecture firm Bjarke Ingels Group is producing a multipurpose structure that strays from convention.

Via 57 West (durst.org) resembles a twisted tetrahedron, which, according to the firm’s founder, Bjarke Ingels, combines the dueling concepts of courtyard and skyscraper. The “courtscraper,” as Ingels has called it, seeks to blend elements of openness and privacy, featuring a park at its core that, rather than being secreted away, has been carved into the volume of the building. At just 33 stories, the structure is also a rarity among West 57th Street’s ever-higher-climbing new structures.

“Via will add a new typology to Manhattan’s skyline, which is currently mostly populated by modernist towers,” says Ingels. “Its shape and openness also brings the possibility of more unlikely fusions to New York’s existing building environment.”

Ingels’s groundbreaking design will serve to innovate Via’s residences as well. The apartments, which will become available for rent upon the project’s completion next year, range from studios to three bedrooms; each will feature bay windows and sunken terraces, allowing for maximum views while maintaining privacy.

Located just opposite the Hudson River, Via 57 West aims to redefine the West Side skyline with an unusual shape that Bjarke Ingels has dubbed a “courtscraper.” In addition to a park at the structure’s core, the property will include such resident amenities as a swimming pool, fitness center, basketball court, golf simulator, library, screening room, and gallery.