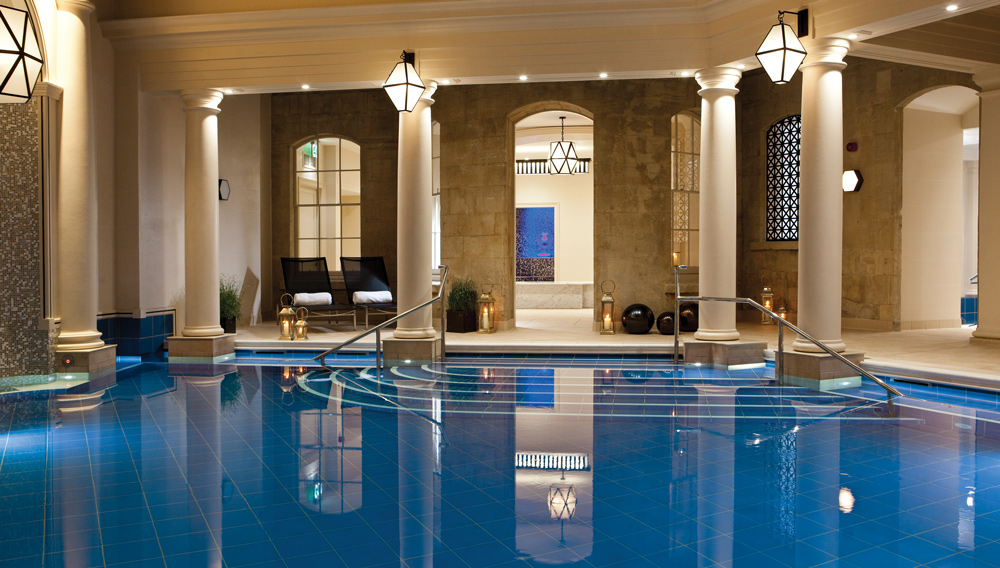 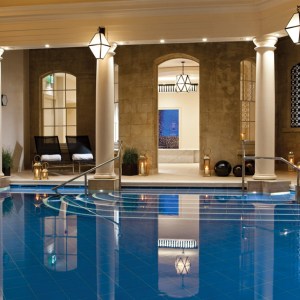 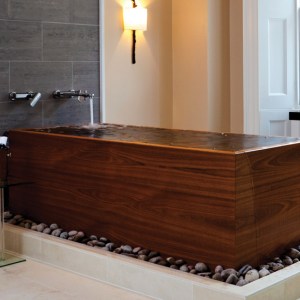 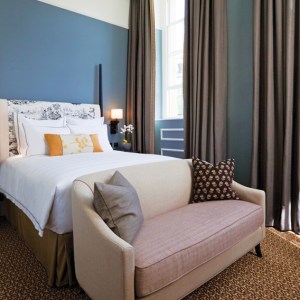 A new retreat taps into the treasures of the ancient city of Bath.

The baths are eerily quiet as I float on my back and gaze up at the towering Roman columns, which stretch toward the soaring glass atrium and, beyond, the inky night sky. In the cavernous room to my right, a stone lion head appears to have burst through a gleaming mosaic wall, ready to devour a bowl full of icy flakes. To my left, a warm waterfall flows in a steady, steamy stream.

It is my first night in the ancient English city of Bath, and the UNESCO World Heritage Site has already seduced me. Slowly gliding atop the sparkling thermal pool, I am following in—or perhaps floating over—the footsteps of the Romans who bathed in these healing waters more than 2,000 years ago. This particular pool, however, is but a few months old, having opened in September in the city’s new Gainsborough Bath Spa.

Set within a pair of Georgian and Victorian structures that served as a hospital during the 1800s, the Gainsborough—which derives its name from the painter Thomas Gainsborough, who lived in Bath during the 18th century—is the only hotel with direct access to the town’s springs. Ancient mosaics uncovered during the renovation of the original structures served as inspiration for the New York–based designer Alexandra Champalimaud, who has adorned the 99-room property with art-deco-style custom furnishings and commissioned artworks. In the restaurant helmed by the Michelin-starred chef Johann Lafer, coffered ceilings and a black-marble fireplace lend a modern touch to the historic backdrop.

The heart of the Gainsborough is its 14,000-square-foot Spa Village Bath, where, in addition to leisurely soaks, guests enjoy treatments ranging from the 90-minute Magnesium Wrap (prescribed for increased metabolism and circulation) to the 45-minute Aquasana (an underwater yoga-therapy session in the thermal pool). My experience begins in the tiny Fountain Room, set behind thick velvet drapes. Seated in front of a small fountain bubbling with thermal water, I drink the local elixir from a small copper cup. After a Magnesium Wrap, I return to the bath circuit. I float once again in the warm pool, gazing at the glittering atrium above and emerging from time to time for a chilly visit to the ice chamber or a warm dip in the heated bath.