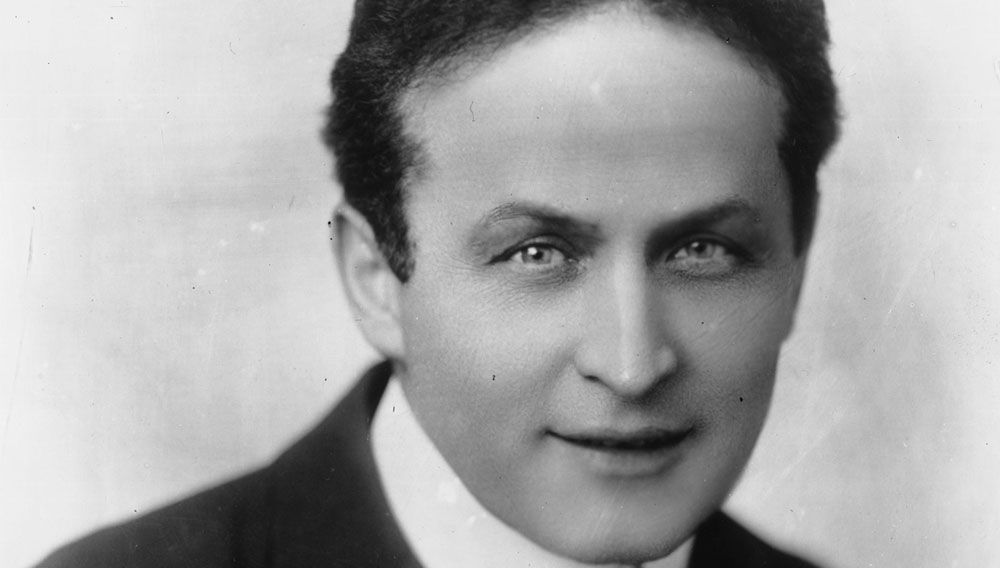 On Halloween in 1926, Erik Weisz, better known as Harry Houdini, lay in agony at Grace Hospital in Detroit, Mich. The escapologist, who even today enjoys a fervent following (see “Mad About Harry”), had suffered several blows to the abdomen during a display of his muscular control less than two weeks before, and his physical condition had rapidly declined. Whether this incident caused his appendix to rupture has been the subject of debate, but his insurance company appears to have believed that his death at 1:26 pm of peritonitis was the result of this injury, for it paid his widow, Bess, double indemnity.

Ever the showman, Houdini had arranged for his wife to contact him through a spirit medium, should he predecease her. Bess, who throughout their married life served as his onstage assistant, obliged in this final bit of stagecraft. Keeping a candle burning beside his photograph, she held a séance each Halloween, hoping to hear the secret phrase by which her husband would identify himself.

Although this tradition, which continues today, has done much to preserve his mystique, Houdini took a more pragmatic approach to mystical pursuits. The son of Hungarian immigrants, he joined a traveling circus at age 9, gradually progressing from card tricks and other staples of prestidigitation to the more remunerative field of escapes—first from handcuffs and jail cells, then from straitjackets and his own invention, the Chinese Water Torture Cell, which involved his being chained and suspended upside down in a specially constructed tank.

Although these exploits brought Houdini international fame and considerable fortune (he bought a brownstone in New York, one of the early private airplanes, and a library of books on magic and the occult valued at the time of his demise at $500,000), his keenest passion was exposing the fraud of spiritualists. In the late 19th and early 20th centuries, these practitioners were in vogue at the dinner parties and weekend entertainments of the upper classes thanks to such ardent adherents as Arthur Conan Doyle. Houdini’s aptitude for matching or besting the manifestations conjured by the sensitives and clairvoyants he sought to debunk bolstered the credibility of his crusade. During a demonstration for Theodore Roosevelt, who in 1914 had just returned from his exploration of a tributary of the Amazon, Houdini covered a slate and, in response to the former president’s request that “the spirits” divulge where he spent Christmas Day, produced a detailed map of the Brazilian wilderness in multicolored chalk—complete with the accurate signature of the explorer W. T. Stead, who had perished two years before aboard the RMS Titanic. “Certainly it was not a credulous audience,” Houdini later recalled. “Roosevelt was dumbfounded.”

This campaign brought the magician before Congress, which was preparing to vote on a bill banning the practice of spiritualism in the District of Columbia. There, beneath the dome of the Capitol building, he produced strange voices from a trumpet and, to the objection that such a law might curb the right of religious freedom, asserted that most ministers “do not charge you $5 to tell you that you will marry a fat woman with $10,000.” When an opponent observed that Houdini himself made his own living from deception, he retorted, “Any engineer can expose my tricks if he wants to.”

This grandstanding did not hamper the expansion of the master’s stage show. In 1915, while in Southern California, he accepted a challenge to extricate himself from a 6-foot-deep grave—a wager he nearly lost. Despite that harrowing experience, he continued to develop variations on this scenario, the last of which called for him to be placed in a straitjacket, locked in a coffin, and buried onstage in an earth-filled container. This escape, which he never publicly performed, was scheduled to debut during his 1927 tour.

Perhaps fittingly, the casket constructed for this last spectacle served to transport Harry Houdini’s body from Detroit to New York, where Bess laid him to rest. On October 31, 1936, after conducting her final séance, his wife—weary of awaiting a message from her husband—at last blew out her candle. Had the great escape artist ever crossed the spiritual divide, he would doubtless have appreciated the gentle irony of his interment. After his near-fatal experience in California, he had remarked, “The next time I am buried it will not be alive if I can help it.”

Eton Deal Sheet: From Tumi to Ferragamo, the Most Luxurious Discounts Online This Week
ad