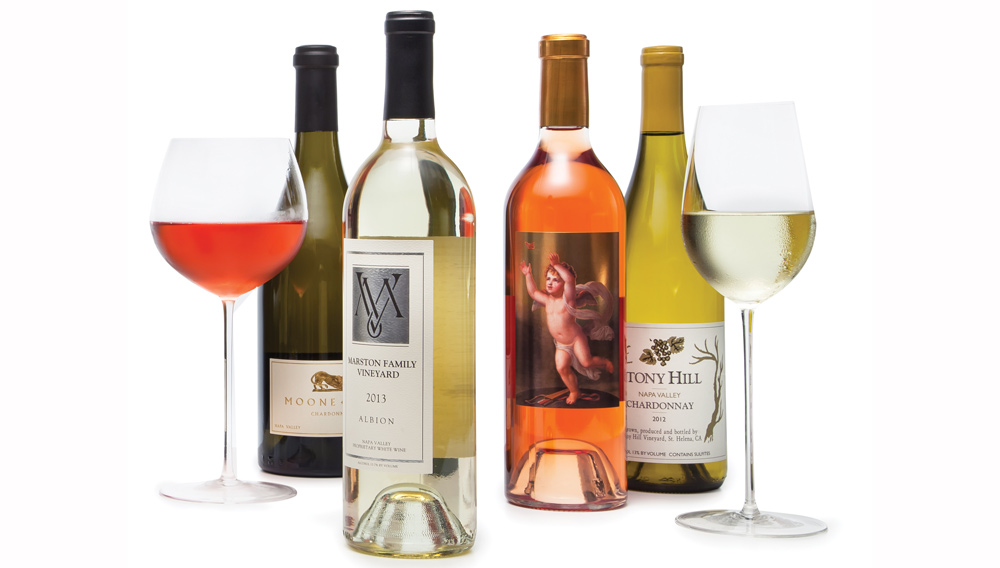 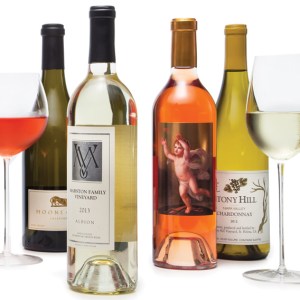 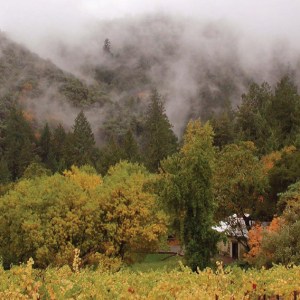 An American innovator, inventor, and icon of the wine industry since the 1960s, Dr. Richard Peterson discovered a 2,000-year-old clone of Pinot Noir growing “wild” in Wrotham, a small village in southern England, decades ago. He brought back cuttings in 1980 and established the New World’s first commercial vineyard planted with this particular clone in Yountville, Calif. Only his second release of this unique sparkling wine, the 2005 Brut Rosé spent seven years on the yeast before release. Salmon colored in the glass with a fine mousse, this wine is elegant, possessing a delicate disposition. Vibrant aromas of strawberry and orange zest lead to a balanced, light, lingering creaminess on the palate. ($175)

Claude Blankiet brings an old-world perspective to winemaking, and his attention to detail is seldom matched, even in Napa. Blankiet’s Prince of Hearts is one of the region’s standout Rosés. The 2013 vintage—a blend of Merlot and Cabernet Franc—ages on the lees for 10 months in 100 percent new French oak and spends a year in bottle before release. The resulting wine is dark salmon pink in the glass with a delicate bouquet of rose petals and raspberry spice. On the palate, the flavors are rounded, layered, and complex. One might think the amount of new French oak used during aging would feature prominently in the wine; yet the slight vanilla nuance in the background complements the superb balance and richness of fruit. ($60)

Established in 1952, this old-world-style producer built Napa Valley’s first post-Prohibition winery. The property continues its long tradition of focusing on white wines in a valley now dominated by red wine producers. Mike Chelini, Napa’s longest-tenured winemaker, who has been here since 1971, believes in old-school methods. Fermentation is conducted in tanks dating back to the 1950s and ’60s, and the wine is aged in old French oak barrels. The 2012 Chardonnay is a graceful wine that emphasizes the vineyard and the varietal rather than the winemaking technique. Sourced from dry-farmed hillside estate vineyards, this white exhibits classic Stony Hill fruit, as well as steely minerality both in the bouquet and on the palate. Orange zest aromas lead to notes of golden apple. A pleasing softness in the mouth blends with a fresh richness of fruit, while the clean finish lingers for some time. ($45)

The Marstons settled on 400 hillside acres above the town of St. Helena, Calif., in 1969. The family’s lineup of winemakers over the ensuing decades reads as a Who’s Who of the Napa Valley—from Philip Togni to Philippe Melka and Marbue Marke. Inspired by the wines of Bordeaux, the Marstons envisioned Albion as a Napa Valley version of a classic Bordeaux Blanc. The 2013 Albion glows pale yellow in the glass and exudes aromas of lime and orange blossom; as it opens, the wine reveals an attractive floral component. Albion’s pleasing acidity—accompanied by a clean, lengthy, and seamless finish—tempers even the heaviest holiday meal. ($50)

Winemaker Philippe Melka has made his reputation largely by crafting standout Napa Valley red wines; thus are Melka-produced Chardonnays relatively few and far between. Although many hosts tend to believe that white wine is best consumed during warmer months, Melka makes a white at Moone-Tsai whose structure, flavor, and oak influence will perfectly complement holiday fare—or a romantic late-night supper on a cold winter evening. The 2012 Moone-Tsai Chardonnay is sourced from a vineyard situated at an elevation of 1,600 feet that offers views of both the Napa and Sonoma Valleys. The wine displays an alluring bouquet of holiday spices as well as notes of toasted caramel, hazelnut, and tropical fruit. On the palate, a light creaminess emerges, conveying a richness of flavor without any cloying viscosity. ($60)

Bob Long farms one of Napa’s most exceptional properties, which is perched atop Pritchard Hill—often referred to as the Rodeo Drive of the region. Although this part of the valley is most readily associated with renowned Bordeaux-style reds, Montagna Estate also makes an intriguing white wine. The 2013 Quattro Bianchi is a blend of five rather obscure (by California standards) Italian white varietals: Fiano, Greco di Tufo, Ribolla Gialla, Arneis, and Coda di Volpe. Blended together, these grapes achieve a harmonious, highly aromatic bouquet of citrus blossom, ripe pineapple, toasted bread, and orange zest. On the palate, Quattro Bianchi is balanced, clean, and crisp, with lingering flint-driven minerality. ($40)