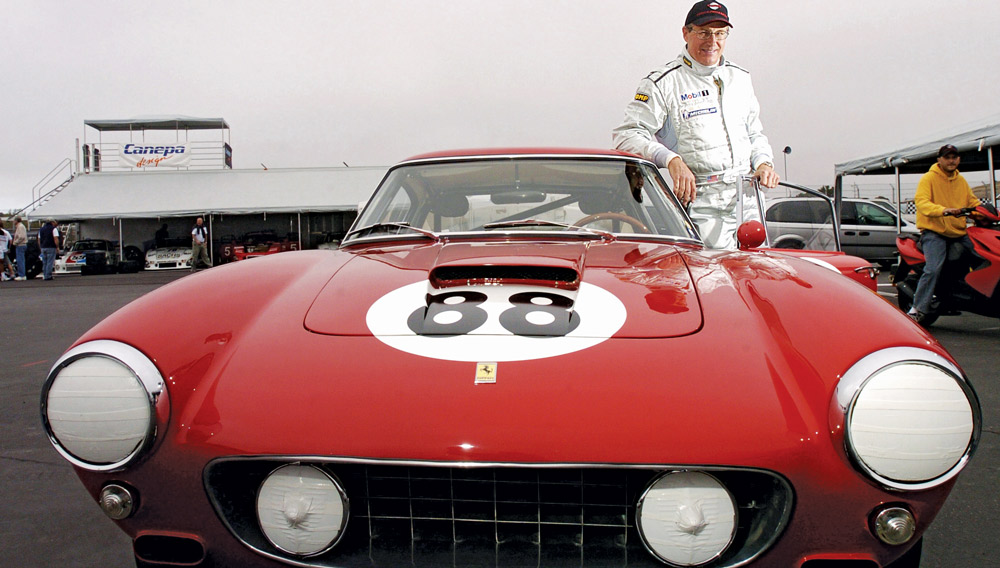 William E. “Chip” Connor ii is a regular at the Rolex Monterey Motorsports Reunion at Laguna Seca, competing each August in one of his vintage racecars from a collection that ranges from prewar Alfa Romeos to postwar Porsche and Ferrari Le Mans competitors. Each of his cars has an impressive history and is prepared to compete in vintage-racing competitions. Connor, who is based in Hong Kong and has been collecting for more than 40 years, stores his cars in strategic locations in North America and Europe to facilitate their transport to regional events. He has participated in such major series as the Porsche Infineon Carrera Cup Asia and has fielded Ferraris for the 24 Hours of Le Mans. Cars with a racing provenance are his preference, but some, such as his Ferrari Competition Daytona, can be enjoyed on the street. One especially notable Ferrari is his red 250 GTO bearing the number 24. It is a common sight at track events, where its owner drives it with gusto.