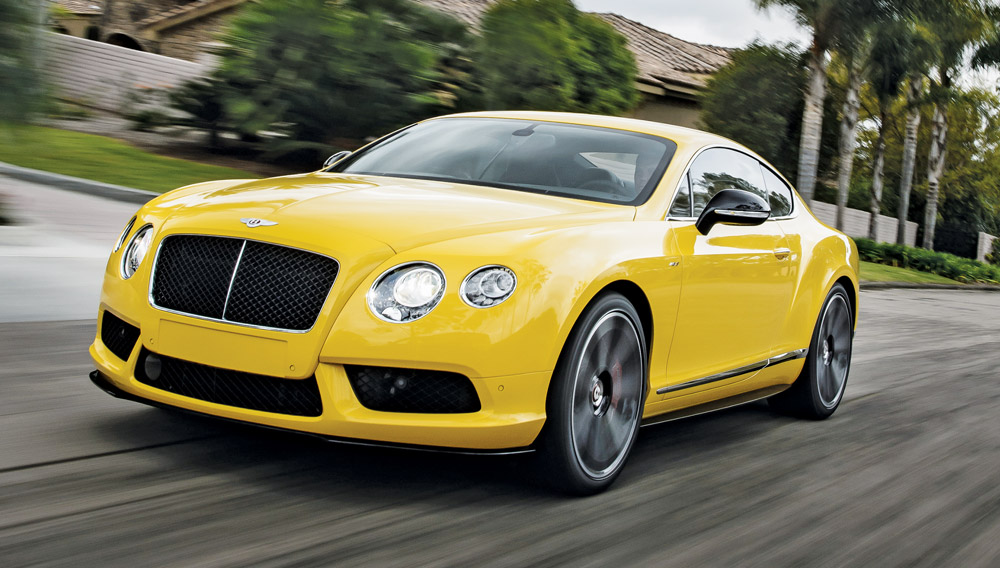 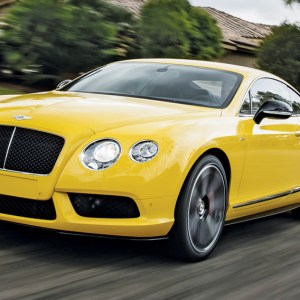 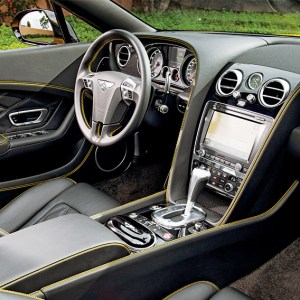 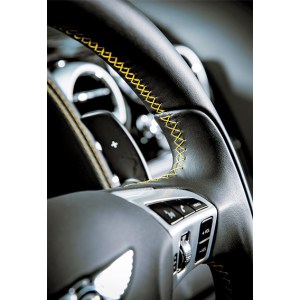 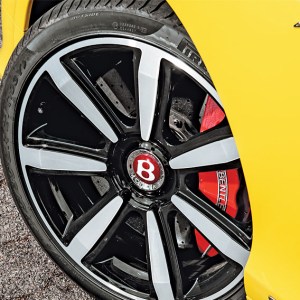 The breakfast-cereal industry provides the go-to case study for employing brand proliferation as a barrier to entry. Each of the leading companies offers a wide variety of nutritious flakes, sugary spheres, and even sweeter squares to satisfy every palate and thus make it difficult for additional competitors to get into the market. In a similar fashion, Bentley is eliminating reasons for its grand-tourer customers to consider GTs from other brands. With the arrival this spring of the Continental GT V8 S, Bentley now offers eight Continental GT variants (including convertibles), which should be enough to suit the taste of any current or prospective owner.

“The new V8 S is intended for a more youthful and extroverted client, to whom we wanted to offer some additional choice,” says Paul Jones, Bentley’s director of product management and product line for the Continental GTs and the Flying Spur.

The V8 S joins a Continental lineup that already includes the 12-cylinder GT and GT Speed and the 8-cylinder GT V8. The GT Speed is a faster (thus the name) and more powerful version of the GT, which has been in production now for 11 years and was the first new model that Bentley produced under Volkswagen’s ownership. The GT V8, which debuted two years ago and was widely praised by Robb Report’s Car of the Year judges at the 2013 competition, is a lighter, sportier version of the GT. It could be considered the entry-level Bentley, because according to Jones, about half of the current V8 owners are new to the Bentley brand.

If there was a niche between the GT Speed and GT V8, the GT V8 S has filled it. The new car does not match the power and pace of the GT Speed, but it has more muscle than the GT V8, is slightly quicker, and handles better.

Like each of the three aforementioned Continental GT models, the V8 S is available as a full four-seat, four-wheel-drive coupe or convertible. The starting prices are about $200,000 for the coupe and $220,000 for the convertible.

The V8 S handles more tautly because Bentley revised the suspension and the steering system that it uses for the V8. The electronic stability control is more permissive than the V8’s, allowing greater wheel slip before it intervenes and then faster torque reinstatement once it does. The close-ratio ZF 8-speed automatic transmission delivers power to all four wheels with a 40/60 rear-biased torque split.

The visual differences between the V8 S and V8 are subtle. The new model sits less than half an inch lower than its predecessor. The standard exterior includes “V8 S” badges that are affixed to the side panels aft of the front wheels; 20-inch, open-spoke-design wheels that are unique to the V8 S; and a gloss black finish—Bentley calls it Beluga, presumably after the caviar—for the front air splitter, side sills, and rear diffuser. The V8 S is available in 17 different colors, but two especially vibrant hues are signatures of the new car: Kingfisher blue and Monaco yellow.

In the cabin, piano-black veneer adorns the dual-cowl dash and center console, which is set with an array of polished and knurled chrome knobs, including Bentley’s signature organ-stop-evoking air-vent controls. For additional cost, Bentley will replace the gloss black trim with a range of other woods, bright-tint aluminum, or carbon fiber. The Mulliner-package option features diamond-quilted leather trim (including the headliner), drilled-alloy accelerator and brake pedals, and 21-inch, seven-spoke wheels.

Bentley hosted a media introduction and test-drive of the V8 S coupe and convertible earlier this year in Southern California. The event featured a 110-mile cruise in the coupe from the Rancho Valencia resort and spa in Rancho Santa Fe to Palm Springs, where lunch was served at Frank Sinatra’s old house; then it was  back to the resort in the convertible. The trip demonstrated that the V8 S provides a driving experience that is more visceral and more tactile than the V8’s. The new car’s acceleration is effortless, but more dramatic than the V8’s, in part because the test models were equipped with the optional sport exhaust. When the car travels at slower speeds, the exhaust emits a brooding growl, which grows to a thrumming whir when the engine approaches redline.

Like the V8, the V8 S is approximately 55 pounds lighter than the 12-cylinder Continental GTs at the front axle. This lends the V8 S greater agility while cornering and more maneuverability overall. The V8 S’s sports-calibrated suspension further enhances its handling. Indeed, the car’s agility and responsiveness belie its size.

While the V8 S is every inch (and pound) a grand tourer, and not a sports car, it took to the serpentine desert roads with admirable vigor and minimum understeer. Cornering was excellent, with hardly any body roll when the stiffest of the four damper settings was engaged. The steering felt a little heavy, serving as a reminder of the power and torque going to the four wheels.

Even when traveling at speeds well past the 100 mph mark, the coupe felt cocooning. The same was true of the convertible when the roof was closed. The roof is a three-layer design that incorporates a rubberlike membrane for sound dampening. Like the roofs of the other Continental GT convertibles, the V8 S convertible’s roof includes seven cross-member bows—instead of the more standard five—to ensure a taut, even appearance and prevent the sagging that Bentley engineers have dubbed “the hungry cow effect.” The company understands that on a Bentley-branded vehicle, such a look would be distasteful.