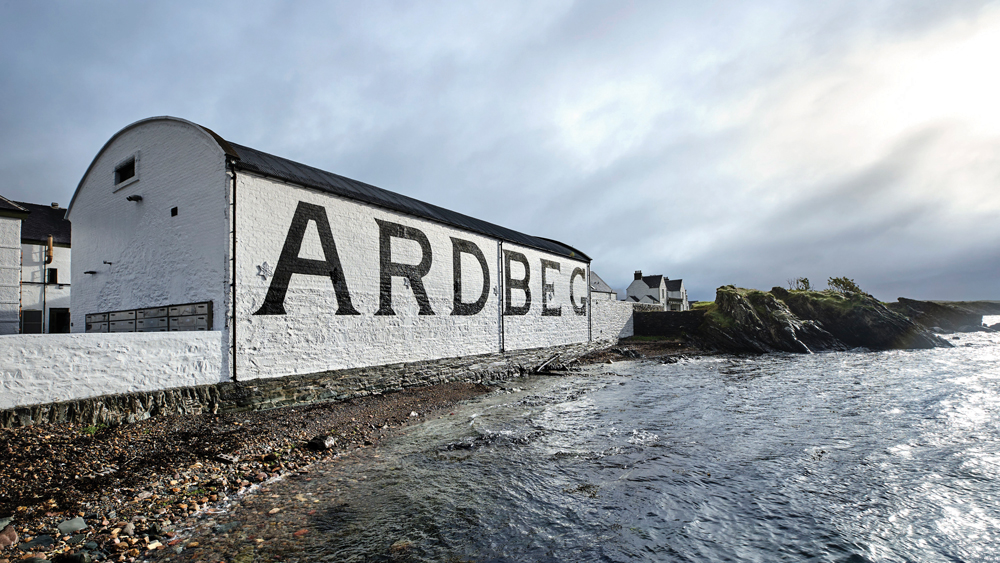 Ardbeg’s distinctive, heavily peated single malts have earned the brand a huge worldwide following among Scotch whisky fans over the last quarter-century. Their limited-edition bottlings, featuring new and innovative experiments from legendary whisky creator Dr. Bill Lumsden, are exceptionally sought after by whisky connoisseurs and novices around the world, the most devoted of which are known as “The Ardbeg Committee.” But back in 1975, Scotch whisky was in the midst of a decades-long downturn, and Ardbeg’s fortunes looked bleak. Most of their small output was still used in blends, and the distillery actually shut down intermittently for much of the 1980s and ’90s before the Glenmorangie Company bought it, and gave it a new lease on life, in 1997.

The few surviving Ardbeg bottles from the dark days of the 1970s are highly coveted both for their quality and rarity, and almost impossibly hard to find. A surviving cask from those lean years is virtually unheard of. But one such cask, distilled on November 25, 1975, was recently purchased by a private collector for £16 million—the highest price ever paid for a single cask of Scotch whisky. To thank its fans and the community, Ardbeg is donating £1 million of the proceeds to causes on Islay, where the distillery has stood since 1815.

The whisky was originally laid down in two casks, one ex-bourbon and one Oloroso sherry. In 2014, Dr. Lumsden married them in a single refill Oloroso cask, to continue to mature with only the subtlest influence from the wood. For the next five years, Cask No. 3 will give its owner 88 bottles of precious Ardbeg each year, while the rest will continue maturing in the same cask under Dr. Lumsden’s supervision until 2026, resulting in a vertical series of Cask No. 3 aged between 46 and 50 years.

Cask No. 3 isn’t just a rare whisky, it’s a liquid time machine, a glimpse back to an era that can’t be recreated today. It’s also an extraordinarily delicious malt. Brazil nuts in toffee fill the nose, followed by linseed oil; a suggestion of flowering blackcurrants; sweet, aromatic peat smoke; and a hint of tobacco. A splash of water brings forth even more complexity, with delicate lime and fennel. The palate is complex, rich and surprisingly elegant. A spearmint top note emerges with hints of lapsang souchong tea, some biscuit notes and gentle tar. Espresso coffee simmers alongside salted caramel toffee, before a sumptuous finish filled with tar, smoky notes and oak. Dr. Bill Lumsden says of Cask No. 3, “Its complex flavours are testament to the extraordinary skill of the Ardbeg team who have cared for it over the decades. I look forward to exploring how it continues to evolve over the next five years.”

“This truly unique whisky is a remarkable piece of liquid history– an evocative taste of what Ardbeg was like when it malted its own barley.”

Based on the price paid for Cask No. 3, each bottle is valued at about £36,000, which is comparable to the most valuable whiskies sold at auction. The Knight Frank Wealth Report, which tracks luxury investments, has seen its index of rare single malt bottles sold at auction increase by an eye-popping 426% over the last decade. It is this context alongside the rarity of the cask, Ardbeg’s popularity and the unique nature of the vertical series, the record price paid for Cask No. 3.

Commenting on Cask No. 3’s exceptional quality, author and world-renowned whisky expert Charles MacLean says, “This truly unique whisky is a remarkable piece of liquid history – an evocative taste of what Ardbeg was like when it malted its own barley. The factors which make a particular whisky investable are threefold: rarity, flavor and variety. Many old whiskies can go flat with age. But Cask No. 3 is a really lovely whisky, hugely complex, still having vitality after nearly half a century.”