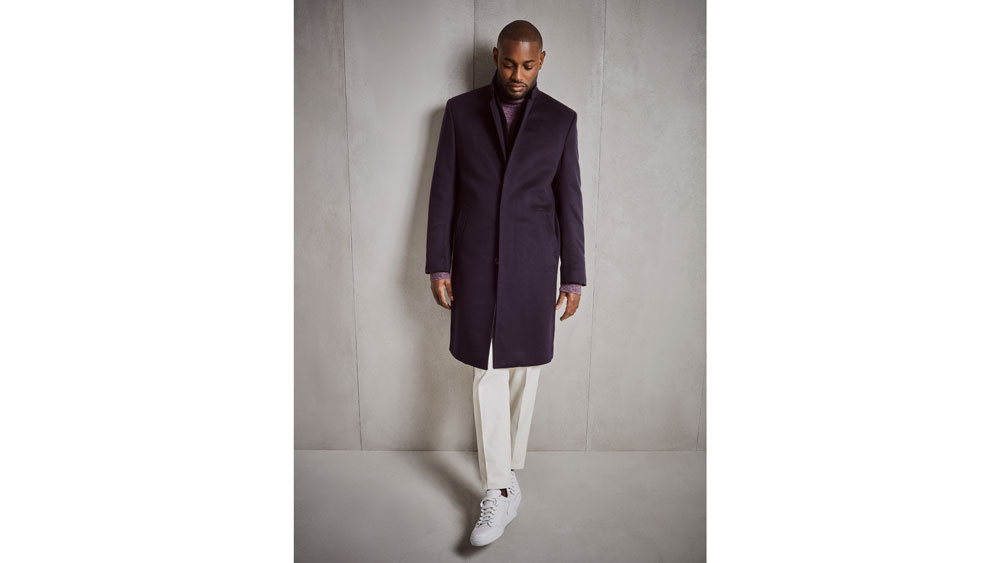 Ice cream, beach days, al fresco dining—it’s hard to give up on summer. But every transition period, whether it’s a change in seasons or the progression to a new phase of life, comes with its own promises of discovery and rich rewards.

That’s a lesson that American designer Brett Johnson hopes to convey with his 2022 Autumn-Winter collection, which is inspired by the eternal churn of nature and more recent changes in the designer’s life. The core themes that would go on to define the collection came to Johnson as he walked with his children through the woods near his Virginia home. During these walks, Johnson contemplated both the natural changes that portend an end to summer and the start of the autumn season, as well as his own transition from youth to adulthood, embodied by his status as a father.

With these ideas in mind, Johnson designed a new collection informed by the colors of a changing landscape and the thoughtful maturity that comes from fatherhood. The clothing is presented in a spectrum of neutral hues that could have been sighted along his walks, ranging from the soft blues of a late September sky to the varying greens and browns of a forest undergrowth to the warm tones of the fall foliage that will eventually cover the forest floor.

While Johnson has found new inspiration is both his local landscape and his journey as a father, the designer’s keen eye for traditional Italian craftsmanship and beautiful materials remains a bedrock of the collection. As with previous seasons, the entirety of Brett Johnson’s Autumn-Winter offering is handmade in Italy, utilizing talented artisans, incomparable leathers, textiles and luxury fibers that the designer has sourced and identified on his international travels.

Particular standouts include deconstructed sport jackets cut from cashmere and silk, which have been softly tailored to have the light touch and familiar comfort of a favorite shirt. Cashmere coats and sweaters wrap the wearer in the fiber’s inimitable loft, while sporty down jackets and coats draw on the everyday elegance of Supima cotton corduroy for its soft touch and pleasurable texture.

Drawing on the keen eye for detail that elevated the brand to international recognition, the latest Autumn-Winter line is rich in exquisite and thoughtful touches. Its leather jackets and woven outerwear are embellished by elements of silk and cashmere, while coats feature detachable knit collars and parkas are marked by beaver details.

However, those are only the most instantly recognizable signifiers of quality. Each piece, no matter what its design and material composition, bears the unmistakable signs of true Italian handcraftsmanship, whether it manifests as hand-stitched buttonholes or traditionally knit braids.

In keeping with the instincts to layer and shelter that come with cooler weather, the pieces that comprise the Autumn-Winter collection are cut with relaxed proportions and favor soft, deconstructed makes. This opens the tailoring for wear in more casual combinations, such as a sport jacket above a hooded sweatshirt or a double-breasted topcoat with jogging pants.

Change remains the only constant of nature and human life, and as David Bowie once advised, the only reasonable course is to embrace it. And if it can be done with the beauty and grace evidenced by Johnson’s latest Autumn-Winter collection, all the better.