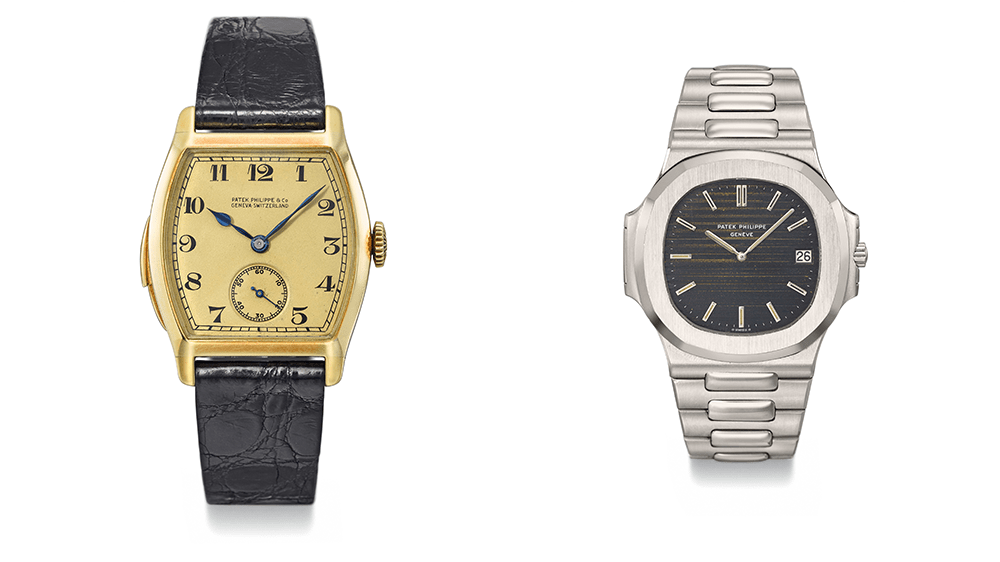 Christie’s next online watch sale, happening November 23 – December 7, will feature a thoughtfully curated collection highlighting key desirable references as well as a separate online collection of important independent watchmakers. Don’t be surprised if the results reflect a modern-day truism about the luxury watch business: It is a seller’s market.

That’s true for all fine timepieces, but especially true for steel sport watches from the hottest makers. In this rarefied category, competition is so fierce that some contemporary models, such as the Rolex Daytona, Audemars Piguet Royal Oak and Patek Philippe Nautilus, regularly fetch double, or even triple, their retail value.

For Keith Davis, head of watches for Christie’s in the Americas, finding buyers for the above-mentioned wristwatches is easy. “With our 63% market share, we don’t have a problem selling,” he says. “But there are billions of dollars in the Americas just sitting in people’s drawers. We’d like to make people feel comfortable consigning watches with us.”

Of the many places to resell a pre-owned or vintage watch, the No. 1 reason to choose an established auction house such as Christie’s is the platform allows people from all over the world to compete for your timepiece.

And given the heightened interest in luxury watches since the start of the pandemic, sale prospects have never been better.

The Steps to Consign

Consigning a watch for a live or online sale is straightforward. The process begins on Christie’s website, where sellers can upload photos and descriptions of their timepieces. “After doing some research, we reach out to the client, within 24 hours at a minimum, to let you know we received the submission and next steps,” says Davis. “If something is undervalued, we let them know it’s below our sale value amount.”

If, however, the watch is significant—for example, Patek Philippe’s grail-like Ref. 1518, the world’s first serially produced perpetual calendar chronograph wristwatch (made from 1941–1954)—Davis and his colleague, Senior Watches Consultant Adam Victor, are on a plane the next day. “We need our hands on the object so we can assess it fully, authenticate it and understand what’s being represented,” says Davis.

Once a piece has been approved for sale, Davis and his team dive into market research to determine the watch’s low and high estimates. “We look at private sale results, or sales to dealers we have relationships with,” he says. “But we only look at the past 18 months because after three seasons of auction, the market changes quite significantly.

“Our job is to explain all the analytics of the watch as it sits right now,” Davis adds. “Did it trend up or down? We provide the consignor with all the tools they need to make an educated decision.”

“For us in timepieces in New York, the standard top rate is a 15% seller’s fee on the hammer price, deducted at the end,” says Davis. “But if you have a million-dollar watch, we’re not going to charge you the same percentage as someone with a $5,000 watch.

“We’re not buying the watch from the consignor,” he adds. “We work in partnership to represent your watch for you in front of the most qualified clientele we have at Christie’s. That is why people come to Christie’s: to access that knowhow, expertise and clientele.”

It’s All in the Details

Davis urges all prospective consignors to understand how the vintage watch market has evolved over the past decade, and why certain cosmetic details, such as original dials and hands, now merit more attention among collectors—and fetch considerably higher prices.

He cited a recent example in which two friends, both in their 70s, auctioned the Rolex GMT-Master watches they each purchased in 1967. “One friend took his watch to Rolex every two years as recommended and had his third or fourth service dial,” says Davis. “The other friend got tired of his watch and left it in a drawer for all these years. The dial was completely tropical, the hands had oxidized and the bezel had faded to a beautiful fuchsia color. The first guy got $12,000 for his watch and his friend had a result of $35,000.

“Every watch is a case-by-case situation because watches live lives like we do—they get scars,” says Davis. “But unlike cars, which can get a full restoration and bring top value, if you did that to a watch, it would never bring anything near what it does for cars.”

That’s because collectors are obsessed with watches bearing original parts, and that mania has spilled over into everything from paperwork to case condition.

“People now understand the value of an excellent case,” says Davis. “Those watches that are unpolished or lightly polished represent the 1% that’s out there.”

When Davis ponders how the vintage watch market will evolve in the coming months and years, he’s confident that today’s excitement over steel sport watches from the 1970s will soon be matched by interest in wristwatches from the blue-chip makers of the 1920s through 1950s.

It wouldn’t be the first time these models are sought after. When the mechanical watchmaking renaissance began in the late 1980s, early collectors gravitated to pieces from the first half of the 20th century, but the reason Davis thinks they are poised for a rebound has to do with the incredible amount of watch education now available to anyone with access to Google.

“Thirty years ago, no one identified differences between watches such as ‘Who made the dial?’ ‘What series was the case?’ ‘Was it hand-cut or machine finished?’ ‘Where did the movement come from?’ ‘Who made the bracelet?’” Davis says.

In recent years, however, collectors have learned to look at timepieces with an eye for forensics.

“I’m watching people do this with steel sport watches from this era and the level of interest is feverish,” Davis says. “What people want to study and categorize and put into a spreadsheet all lends itself to watches from the 1920s to 1950s.

“Whether you were Vacheron Constantin, Patek Philippe or Audemars Piguet, they used external suppliers for their cases, dials, hands and bracelets,” he adds. “And the movements were probably external bases that the watchmakers would strip down and modify. Every supplier left a mark. We can study those watches in a way you can’t do today, since so many brands have become vertically integrated, and you don’t have that nuance like you did in the 1920s and 1950s.”

“As people’s hunger for knowledge grows,” Davis says, “the logical point is to go back and dive into these eras where there’s still so much to discover and learn.”