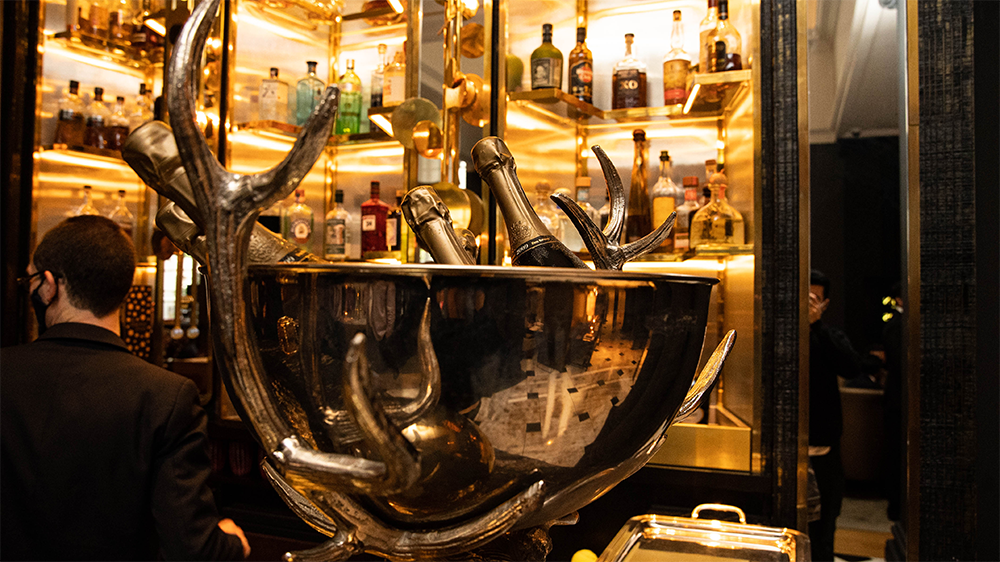 The Golden Vines® Awards will return this October (15th-17th) in Florence, following the award’s successful inaugural ceremony last year at Annabel’s, London. The event is the fine wine industry’s most prestigious awards ceremony, celebrating the world’s best makers and their craft with Michelin Star Chefs, world-class entertainment and the world’s finest wines and rare spirits.

The awards raise money for the Gérard Basset Foundation – which support diversity and inclusion in the wine, rare spirits and hospitality sectors – through its online Golden Vines Fine Wine, Rare Spirit & Experience Auction, as well as a live auction at the event, this year to be conducted by Zachys, the New York-based fine wine auction house.

The Golden Vines® Awards were created by Lewis Chester DipWSET, fellow director Alexander Lushnikov and the Liquid Icons team to honour the legacy of Chester’s great friend and business partner, Gérard Basset OBE MW MS, who passed away in January 2019 from cancer. When Gérard discovered that he had a terminal illness, the need to create something lasting and emphatic – that would help create a lasting legacy for Gérard’s incredible achievements – became a singular goal for the company.

Celebrations begin on Saturday 15th October with the ‘Dress to Party’ Gala Dinner, where guests will enjoy dishes from Davide Oldani, owner of double Michelin starred restaurant D’O near Milan and Matteo Lorenzini, Executive Chef of Osteria di Passignano, Tuscany. Legendary singer Alessandro Ristori and his band The Portofino’s will be taking to the stage for the evening.

Following this, one of the headline sponsors, SGC, will be hosting a lunch on Sunday 16th October at the beautiful Villa Mangiacane, just outside of Florence.  Alongside SGC’s exclusive wines, Ruinart will be pouring Dom Ruinart Rosé, the Maison’s illustrious Prestige Cuvée.

In the evening, the Golden Vines Awards Ceremony & Gala will take place in the spectacular setting of the Salone dei Cinquecento in the Palazzo Vecchio. The phenomenal triple-Michelin-starred Chef who will create the gala dinner is Massimo Bottura of Osteria Francescana in Modena, which has been listed in the top 5 at The World’s 50 Best Restaurants Awards since 2010.

The two gala dinners will be paired with some of the finest and rarest wines in the world including, Dom Pérignon Rosé 2008, Dom Pérignon P2 2004, Krug Grande Cuvée, Krug Vintage, Dom Ruinart, Trimbach Clos Sainte Hune 2012, Emidio Pepe Trebbiano d’Abruzzo 2004, Château Cheval Blanc 2005 in magnum, Solaia, Château d’Yquem, Taylor’s Port 1970 in magnum, all overseen by Marc Almert, The 2019 ASI Best Sommelier of the World as well as the 2020 Michelin Sommelier of the Year.

Sekou Sylla – a rising musician who has already performed on BBC Music’s Introducing stage at  Glastonbury and was handpicked to perform at Brooklyn Beckham’s wedding – will join Celeste on the stage for the evening. The ambitious young artist will bring his mellifluous vocals to the occasion with a powerful, uplifting and moving performance.

British artist Shantell Martin will be the creative lead for the Trophy design again this year, working alongside Amorim Cork, the world’s largest supplier of wine stoppers and a special Italian guest artist.

A key moment at the awards gala will be the auction of 100 lots, including bottles (large formats and old vintages of some of the world’s largest wine brands) and experiences (exclusive tastings and stays in Chateaux and historic cellars), available for bidding both in Florence and anywhere in the world online.

Early this Summer, Liquid Icons announced four winners of the Dom Pérignon Golden Vines® Master of Wine & Master Sommelier Scholarships and 10 Wine Scholar Guild Golden Vines® Scholarships after 47 applicants entered from 18 different countries comprising more than 20 different nationalities and various ethnicities, with more than half of all applicants being female.

Tickets for a seat at the table at the main gala evenings on Saturday 15th October and Sunday 16th October are on sale from £6,000. VIP presence at the same two evenings plus VIP events across the weekend are available for £10,000 per ticket.

Looking further into the future, the Golden Vine Awards organisers have lined up an impressive array of host cities, including Paris in 2023, New York in 2024, Singapore in 2025 and Madrid in 2026.

In order to attend The 2022 Golden Vines® Awards, please confirm which ticket category would most interest you and how many of each you would like by contacting events@liquidicons.com.

Please note, the Awards Ceremony is a strictly private event and your ticket request will be subject to agreement by the Ticket Committee. Once you have submitted your request, you will receive an email to confirm or decline your request along with payment advice and an expiration date for the offer. Flights & accommodation are not included

The 2022 Golden Vines® are sponsored by:

Watch a video trailer for the 2022 Golden Vines Awards below