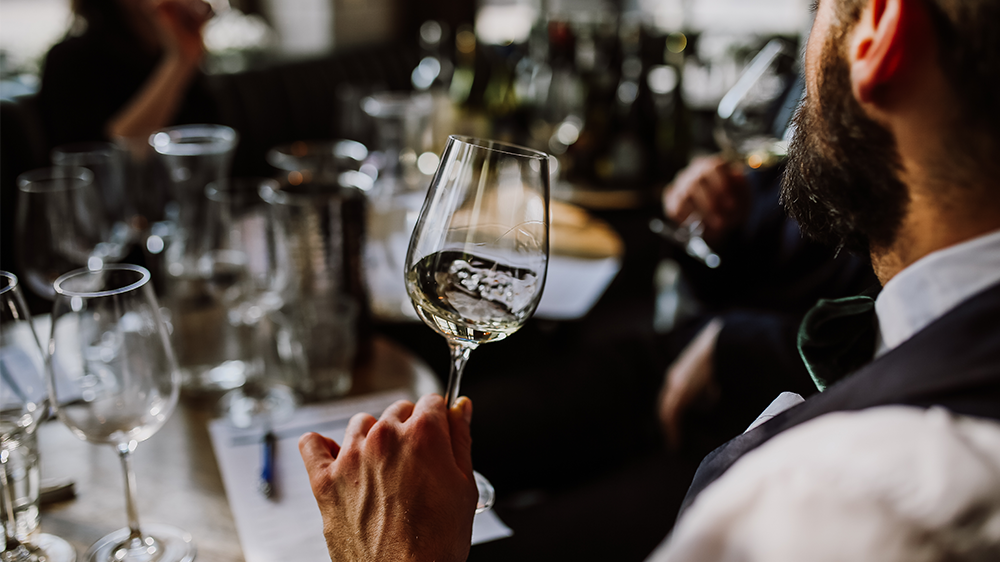 Why Wine Scoring Should Be Consigned To The Scrap Heap: Part I

We need to face up to the fact that the way wine critics score fine wines is misleading, and disrespectful to the people who make the wines as well as the consumers who drink them. It’s time for a totally new approach that has some credibility.

Wine is a living product. Once it’s in the bottle, it continues to evolve over time. What it tastes like on day one can have very little bearing on what it will taste like in year five, or what it will taste like thereafter. Of course, I am principally talking about fine wine, which is meant for aging and improves in the bottle. Non-fine wine is not for aging and, if by chance, you find a bottle hidden away in five years’ time, it’s probably only going to be good for making Coq Au Vin.

The Influence Of Wine Scoring On Purchasing Decisions

One of the principal factors behind fine wine consumers’ purchasing decisions is the scores wines receive. This is particularly true for certain regions, such as Napa and Bordeaux, but critic scores play a role for all fine wine regions. In the realm of social media, scores from non-professional wine critics also play an increasingly important role. For instance, cellartracker.com, a very popular website that many wine enthusiasts use before deciding on purchases, is based purely on aggregate scoring from community members who post their tasting notes and scores. I often use cellartracker myself, and can be just as swayed as anyone else in taking note of the community’s scores for a fine wine.

What Do The Scores Actually Mean?

How are these scores derived? Retired US wine critic Robert Parker was the innovator in this field, with his 100-point scoring system. Parker gave 50 points for all wines regardless, and then allocated a certain number of points for appearance, aroma, flavour and finish. Theoretically, a wine he judged to be perfect could score 100-points.

This was innovative because no one had come up with a pragmatic approach for judging wines before. Prior to Parker’s system (and social media), the job of the wine salesmen was extremely difficult as they had no obvious way of proving why someone should buy a specific wine, besides the historical reputation of the estate. Parker’s scorecards suddenly created a marketer’s wet dream. Today, scoring is part of the very fabric of wine culture – which is testament to Robert Parker’s enormous influence on the fine wine world.

Which has lead to…

Of course, the law of unintended consequences began kicking in once Parker’s scores started to impact the market. As soon as wineries saw that buyers were paying close attention to Parker’s scores, they started to reverse engineer what type of wine Parker would award top points. Hence came the era of ‘Parkerisation’, whereby many estates in California, Italy and France would concoct wines that fitted Parker’s perceived palate to gain high scores and, therefore, allow the producers to re-price the wines upwards.

These wines were highly alcoholic oaky fruit-bombs that, in some parts of the industry, still exist today. Whether or not it’s fair to blame Parker for this sorry tale will be down to the thoughtful analysis of future wine historians. Some fine wine regions, like Burgundy, where Parker had no discernible influence, never succumbed to Parkerisation and, perhaps, the clear dominance of Burgundy wines in the fine wine market today is, to some extent, a reflection of that good fortune.

As the saying goes, ‘if you can’t beat them, join them’. Despite the well-founded criticism of Parker’s scoring system – in particular, that the scoring was subjective, oversimplified, and subject to abuse – it was widely adopted by the likes of Wine Spectator, Decanter and Wine Enthusiast, as well as numerous amateur fine wine drinkers posting their scores on Vivino, CellarTracker and social media. Today, the 100-point scoring system is ubiquitous, although some well-known wine critics (like Jancis Robinson OBE MW) use the 20-point system: same idea, but maximum potential score is 20.

Along the way, Parker’s original scorecard methodology largely fell away to become further simplified. Today, the system is tiered, based upon an even more subjective, generic analysis of the wine. In short, at least for fine wines, anything sub-85 points is likely to be faulty, or not a ‘fine wine’; between 85-89 points is also unlikely to be a fine wine (or certainly not one worth caring about); between 90-95 points is the bulk of generic fine wines; and 96-100 points are great fine wines.

Today, the scores have become bunched around very narrow ranges of points, depending on the label, the vineyard cru and the vintage quality. Grade inflation is also an issue, with some wine critics notorious for giving very high grades for bang average wines, while other critics refuse to give scores above or below a certain point range if the wine in question is, for example, a village wine or a premier cru. Non-professional wine scorers are likely to grade on the extremes: either very low or very high scores, as they are unlikely to be bothered to post tasting notes and scores for unremarkable wines.

In short, what started out as a seemingly good idea has turned into a nonsense.

But was it ever a good idea?

I have been to numerous en primeur (new vintage) tastings over the years. These are the events at which critics score wines. Having observed these tastings, the typical wine critic will review a wine over the course of a two-minute period: a quick swirl, sniff, taste and spit. Et voila! The score is noted down, and then it’s on to the next wine.

To make matters worse, the wine being tasted isn’t even the final product! It’s a barrel sample taken about half-way through the élevage process (the raising of the wine) which might still have a year in barrel to go before bottling. Whether the sample is even representative of the final product – including if it even has the correct proportions of new versus old (reused) oak barrels that will make up the final blend – is a mystery, even to the wine critics.

Many a winery has been known to submit samples for these tastings from the barrels that are showing the best, but which aren’t necessarily determinative of the final blend: effectively putting lipstick on the pig. In short, the wine consumer is making his purchasing decisions based on a score that might well relate to a sample that has only a passing resemblance to the finished bottled wine that will eventually end up in his cellar.

To add insult to injury, the way critics taste for scoring purposes is not even how fine wine is consumed. Most top fine wines are drunk with food. Any wine lover will tell you that how the wine smells and tastes evolves in the glass as the wine ‘opens up’. Often, I find that the wine only starts to show after an hour in the glass; before that point, what might seem a good wine, can become either a great wine or a disappointment. The wine critics’ scoring takes none of these factors into account – the wine critic simply doesn’t have the time or the opportunity to taste the wine with food over the course of an hour or more. So, what is the wine critics’ score really capturing that tells the consumer anything of interest? Not much, is the answer.

Hugh Johnson, my favourite wine writer, has been a vocal critic of wine scoring for decades. However, many winemakers fully understand and appreciate that wine scoring is an absurdity. Some vote with their feet by refusing to allow wine critics to taste their wines. They feel confident enough that wine lovers will find the quality without the need to be judged. Yannick Champ of Domaine Prieure Roch in Burgundy, for example, never allows wine critics to taste his wines. My good friend, Loic Pasquet, who makes the world’s most expensive red wine on release, Liber Pater from the Graves in Bordeaux, will not allow wine critics to score his wine.

According to Pasquet: “Critics always want the same taste. They don’t capture the culture of fine wine and vin de lieu. They like a ‘soup’, which is why, today, Bordeaux wines taste the same so that it’s easy for the critic to recognise them. Wine scoring is just a joke. For true wine lovers and collectors, the score is meaningless to them. They take time to visit the estate and talk to the vigneron. Scoring might have had some use before social media, but now the estates can discuss their wines directly with interested consumers and the world, we don’t need wine critics.”

There are numerous other examples of top fine wine estates that just will not open their doors to critics who want to score their wines, knowing that the whole process is deeply flawed. Over time, if the wine scoring system that exists today perpetuates, I suspect more top fine wine estates will say, “Thanks, but no thanks.” At which point, the only wines that will be scored will likely be the ones that have no interest to a real fine wine lover.

Can A Bad Wine Become Great?

Fine wine evolves in the bottle over time. At various points in its evolution, the wine can become (what is technically called) ‘dumb’ – a period where the wine has shut down and is not showing well. Furthermore, although it’s rare that a wine starts out as terrible and becomes great, it is possible. Here’s a story to prove it.

I was at one of my favourite restaurants in France, Au Fils du Zinc, in the wine village of Chablis. I asked the owner, Fabien Espana, to recommend a wine for me. He suggested a premier cru from my favourite Chablis producer, Domaine François Raveneau: the 1986 Butteaux. The wine was simply sensational, and I subsequently bought up the few bottles I saw on the market, each of which was as good as the original bottle I had drunk at the restaurant.

Fabien gave me the history of the wine. When it was produced, Monsieur Raveneau tasted it and thought it was a disaster. Instead of destroying the bottles, he squirreled them away and forgot about them. Many years later, he decided to open a bottle to see if the wine was even more terrible than he had remembered it back in the mid-1980s. Low and behold, it had become a thing of beauty.

What this story tells us is that judging a wine in its infancy might have little bearing on what it will ultimately become. It also tells us that wine experts can get things horribly wrong: the winemaker himself, in this instance, is the world’s expert on Domaine Raveneau’s wines and he didn’t have a clue about this wine. Had it been rated by a critic at the time of its release, it might well have received a sub-90 point score; indeed, because it was not from a Grand Cru vineyard, it would likely never have received a score above 95 points. For me, having tasted it in 2017, again in 2019 and most recently in 2021, it’s a clear example of a 100-point wine.

Look out for more, tomorrow – including where football fits into all this.

Lewis Chester DipWSET is a London-based wine collector, member of the Académie du Champagne and Chevaliers du Tastevin, co-founder of Liquid Icons and, along with Sasha Lushnikov, co-founder of the Golden Vines® Awards. He is also Honorary President and Head of Fundraising at the Gérard Basset Foundation, which funds diversity & inclusivity education programmes globally in the wine, spirits & hospitality sectors.