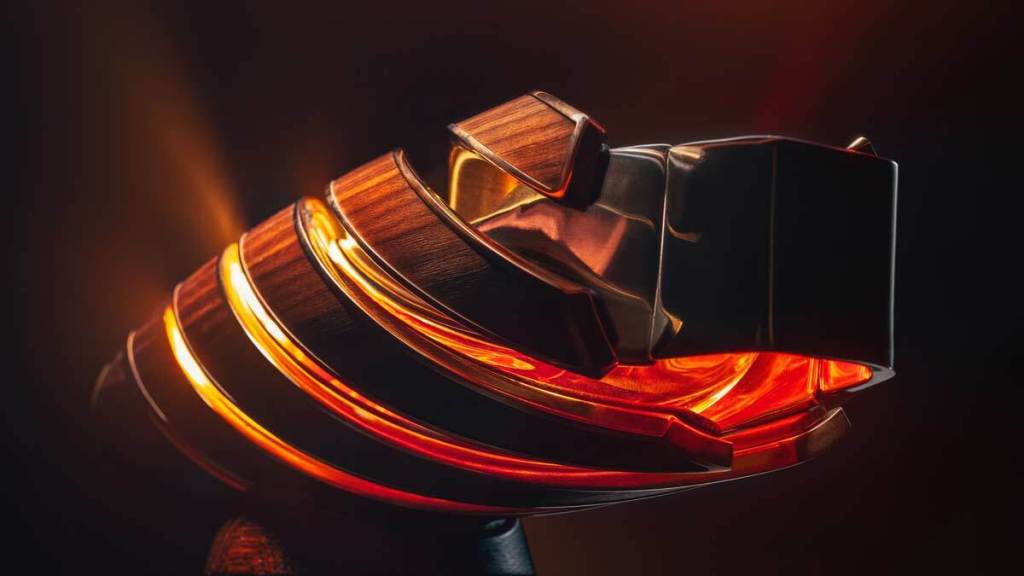 Just over a year ago, The Macallan and Bentley Motors launched a formal partnership. The strategic alignment has allowed the two brands to learn from each other, elevating their individual efforts in areas of craftsmanship, innovation and sustainability. When the partnership was announced it was an acknowledgement that exciting new products would eventually be born from this collaboration; and as we enter the second year of the multiyear partnership, the heralded Scotch whisky producer and luxury automaker have revealed the prototype for the first of those special releases, The Macallan Horizon.

It’s an apt name for the first collaborative product created by The Macallan and Bentley Motors. This limited-edition whisky represents the beginning of a new era of discovery and innovation within the whisky industry, and while Kirsteen Campbell, master whisky maker at The Macallan, remains tight-lipped about the specifics of the whisky itself, the vessel that will store that superlative-yet-secretive single malt is no less innovative or thought provoking.

It starts, most notably, with the bottle’s orientation. For the first time in its history, The Macallan is producing a bottle designed to rest in a horizontal position. “In the spirits world, everything is upright, such as our stills and our bottles,” explains Jaume Ferras, global creative director at The Macallan. “When we looked at the horizontal direction pursued by Bentley Motors as part of the automotive industry, it made us consider if and how we could adapt this format for whisky.”

The vessel, designed to represent a resting cask, is unique both in presentation and materials. It’s an expression of the marriage of space and time—space, for Bentley’s engineering expertise when it comes to travel; and time, for The Macallan’s mastery of decades-long barrel maturation. To reflect the collaboration between the two brands, the vessel also features a twisted aesthetic. It signifies the intertwining of the two brands’ shared ideals. “It’s a fusion of the sharply defined yet curvaceous Bentley design DNA, The Macallan’s innovation and [it features] recycled materials from both iconic British brands,” says Chris Cooke, Bentley Motors’ product and lifestyle design manager.

Paying homage to The Macallan’s six pillars—foundational principles and key elements that are integral to the brand’s success—the prototype bottle for The Macallan Horizon is constructed from six repurposed, upcycled and ethically sourced materials that are utilized every day in production efforts at both companies. Materials include a blend of pure copper, including some that is sourced from the retired stills of The Macallan’s old distillery. Recycled wood envelope the vessel, while the interior surfaces are cushioned with Bridge of Weir leather—the same material that adorns many touch points inside Bentley’s latest coach built model from Mulliner, the Batur. The handcrafted vessel is then wrapped in leftover aluminum reclaimed from Bentley’s car production.

“The form of the design has allowed us to almost treat light as another material in itself,” Cooke explains. “The interplay between light and the wood, aluminum and copper materials is extraordinary.”

Between now and next summer, when The Macallan Horizon is released, the packaging and the vessel for this groundbreaking whisky may change slightly, though any alterations would be minor. For now, the liquid contents of the decanter remain a mystery, but we’re sure that the impending single malt will be as enthralling as the prototype vessel that contains it.