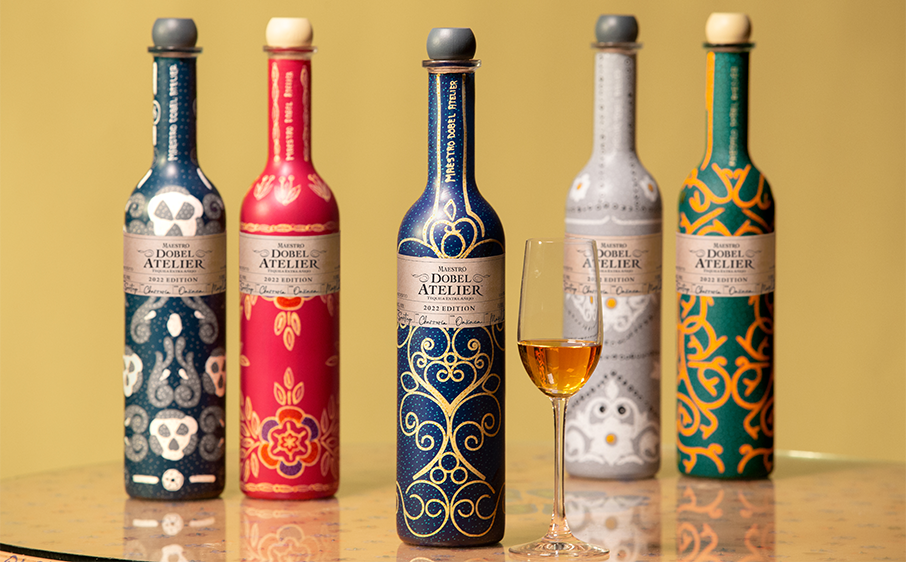 Maestro Dobel is best known as the tequila that launched the Cristalino category under the leadership of 11th generation tequila maker Juan Dobel. Now, the groundbreaking brand is partnering with El Museo del Barrio, America’s foremost Latinx cultural institution, to help further the careers of groundbreaking artists in the Latinx community through the establishment of the Maestro Dobel Latinx Art Prize. The award, which will be bestowed every other year beginning in 2023, will benefit the winners financially, by way of a $50,000 grant, and also give them valuable exposure, with a showcase in the New York City–based El Museo.

The Latinx community has historically been underrepresented in the art world. Juan Dobel, the founder of Maestro Dobel, hopes the Latinx Art Prize will begin to change that. “Our efforts within the art world have always been centered around uplifting communities of artists, creatives and artisans,” he says, praising the artists “inspired by their traditions and heritage to contribute toward an artistic legacy for the future, just as we do in our tequilas.”

El Museo del Barrio is the ideal partner for the Latinx Art Prize. Founded in 1969, El Museo has become not just a treasured cultural institution in New York, but a beacon for Latinx artists throughout America and the world. Dobel describes it as “an esteemed institution long recognized as a center of cultural pride, exploring the individual and collective Latinx identity.” Its collection of thousands of artworks covers eight centuries’ worth of art from South America, the Caribbean, and North America, focusing on Latinx cultural heritage as well as the dynamic artists who are shaping the scene today and setting the stage for what comes next.

A jury of distinguished museum directors, curators and art critics will gather starting next year to go through entries for the prize and select five finalists. The work will be judged based on its contribution to social, cultural and historical dialogues, and from the five finalists a winner will be chosen. Patrick Charpenel, executive director of El Museo, says, “We are delighted to partner with Maestro Dobel on this important initiative that brings visibility to the incredible diversity of Latinx cultural production in the United States. We hope the prize will prompt and encourage meaningful dialogue regarding Latinx art and its important role in the canon of American art.”

Like El Museo del Barrio, Maestro Dobel has a storied past, with its founding family having made tequila for 11 generations and counting. But while it makes acclaimed traditional tequilas, Maestro Dobel also looks to the future, most notably with its now-iconic Cristalino expression. A blend of aged tequilas that’s filtered to remove color and impurities, leaving behind a delightfully smooth flavor, Maestro Dobel’s Cristalino was like nothing that had come before, and it has inspired a generation of tequilas in its wake. It’s an apt comparison for what Dobel and El Museo del Barrio hope to accomplish in the art community with the Maestro Dobel Latinx Art Prize.

To coincide with the announcement of the prize, and to honor Latinx art in its own sphere, Maestro Dobel is releasing Maestro Dobel Atelier in the U.S. The limited-edition series, which will be released annually, houses rare extra añejo tequilas in hand-painted bottles that honor traditional Mexican artists, craftsmen and techniques. The first collection, Charreria, is inspired by the intricate embroidery of the suits worn by Mexican horse riders, known as charros. The bottles are painted using bright, vivid colors in intricate patterns, reminiscent of traditional Oaxacan alebrijes—small figurines portraying fantastical creatures. The extra añejo tequila is aged for at least three years in American and European oak casks; the tequila boasts aromas of butter, dried fruit, pineapple, prune, apple and cinnamon. On the palate, rich notes of vanilla, caramel and oak predominate. The liquid is as much a work of art as the bottles themselves.

To learn more about El Museo del Barrio, its history and its missions and goals for the future, visit elmuseo.org. To discover the story of Maestro Dobel and its line of innovative and classic tequilas, go to maestrodobel.com.