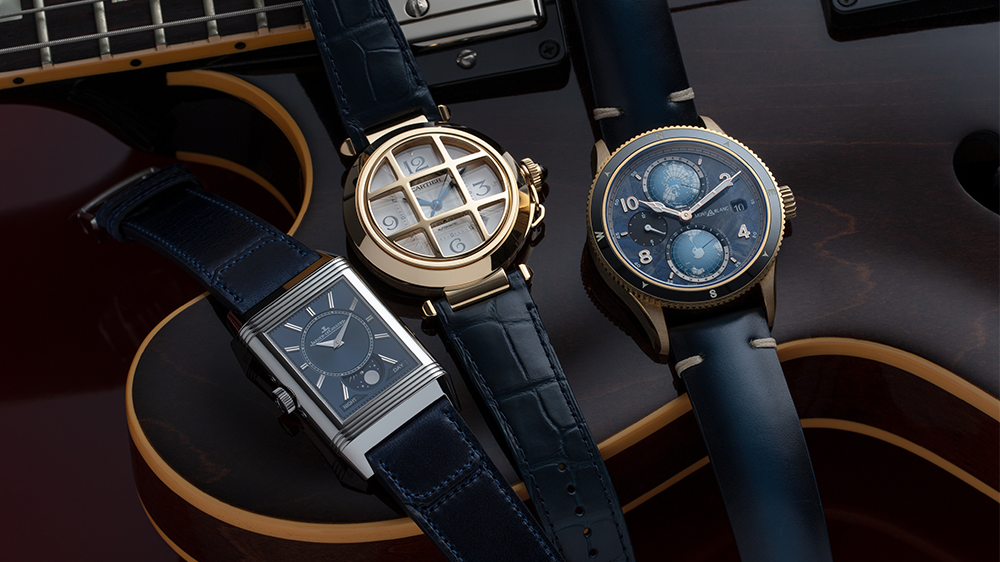 A good luxury watch is equally at home under a French cuff or under the sleeve of a hoodie, which makes it the perfect high in today’s high/low dressing trend. When employing the strategy—usually by mixing two parts cheap and casual with one part high-end—it’s important to get the high note just right. We recommend choosing from an elite group of iconic watches that practically needs no introduction. These watches have long occupied the top of the luxury watchmaking heap—in some cases, in a class of their own for decades. Far from being outdated, they have evolved organically, gathering momentum over the years with careful tweaks and calculated technical improvements, while remaining true to their original codes.

Here are 10 updated icons, all introduced earlier this year at Watches and Wonders. All are available now on MR PORTER, a leading authority on style that brings you a curated selection of exclusive luxury brands and accessories, many of which are available nowhere else.

The first mention of a tourbillon in the Vacheron Constantin archives was in 1901, so let’s not call it a trend. What is a trend is micro-thin watchmaking, of which this skeletonized tourbillon is a perfect example. The art here is to cut away as much of the plate and bridges as possible without losing stability, and then finishing it to perfection. The 18-karat rose gold case is a mere 10.39 mm thick, and the modern finish on the movement is an NAC (N-acetylcysteine) coating in anthracite gray.

“QuarantaQuattro” is Italian for 44, a reference to the diameter in millimeters of this new Submersible, filling a gap between the existing 42 mm and 47 mm sizes. The case is carbotech, a space-age composite that resists scratches and corrosion and wears lighter than titanium. It has a natural matrix that makes each watch one of a kind. Bonus: The rubber strap is made of recycled materials.

Hermès was among the first to embrace the return to thin, classic watches when it introduced the Slim d’Hermès in 2015 with its 39.5 mm x 9.48 mm thick case. The new GMT model adds a modern twist to a traditional complication, arranging the numerals randomly instead of peripherally. Magically, the hour hand always lines up with only one number at a time to read the second time zone.

This stripped-back version of the Polo is somehow both sporty and formal, equally appropriate with a tux or trainers. The signature “gadroons” (horizontal grooves on the dial) echo the integrated bracelet links on the original 1979 Polo. This may be the coolest version yet of a model that started out as, and still is, a hip alternative to the staid, classic gold dress watch.

The Riviera is a solid member of the brat pack of steel sports watches that changed everything when they appeared in the 1970s. Despite since being overshadowed by other members, like the Patek Philippe Nautilus and the Audemars Piguet Royal Oak, its distinctive 12-sided bezel and integrated bracelet were considered radical at the time. The latest version experiments with transparency and obscurity. A clear but smoky gray sapphire crystal covers the dial, allowing a shadowy glimpse of the movement.

IWC has been making pilot’s watches since the 1930s, when aviators needed them for navigation. The Big Pilot’s flight-instrument design codes remain intact—large case, outsized hand and markers, and plenty of lume—but the pop of racing green and a state-of-the-art movement with a 60-hour power reserve bring it into the Zeitgeist. Rubber straps come in black, blue, red, brown, yellow, green, gray, orange, light blue and olive green. Perfect for a night out with the squad.

Cartier has accumulated a long list of VIP devotees over the years, several of which inspired pieces that became an important part of the regular Cartier Collection. This one was created in 1985 and named for the Pasha El Glaoui of Marrakesh, who was a devoted client. The removable gold grill was inspired by a Cartier design from 1943, an element used by other brands at the time for watches worn by WWII army officers to protect the dials in battle.

Roger Dubuis, founded in 1995, doesn’t have the same heritage cachet as some of the others, but its stock in trade, the tourbillon, does. Invented in 1801, it is watchmaking’s most prestigious invention. Roger Dubuis typically puts its signature modern stamp on it, including this collaboration with French graffiti artist Gully. The bridges are decorated with the artist’s signature colors in luminescent lacquer.

The Montblanc 1858 line was inspired by Minerva pocket watches from the 1920s and 1930s made for military use and exploration. The Geosphere line picks up the theme with this model designed for mountaineer Nirmal “Nims” Purja, who wore it on a recent Mount Everest climb without supplemental oxygen. The movement is sealed from oxygen to prevent the dial from fogging, which can happen in drastic temperature changes at high altitudes.

The Reverso was a sensation when it was introduced in 1931 for its ingenious case that flipped over and clicked into place so the caseback faced outward, protecting the dial from the rigors of the polo mallet. Today the design is used to showcase two different dials. On one side of this version is a simple calendar with day, date, month and moon phase, and on the other, a second time zone and day/night indicator.

Inspired by what you see here? You can shop this selection of grail watches right now by visiting us at MRPORTER.com.