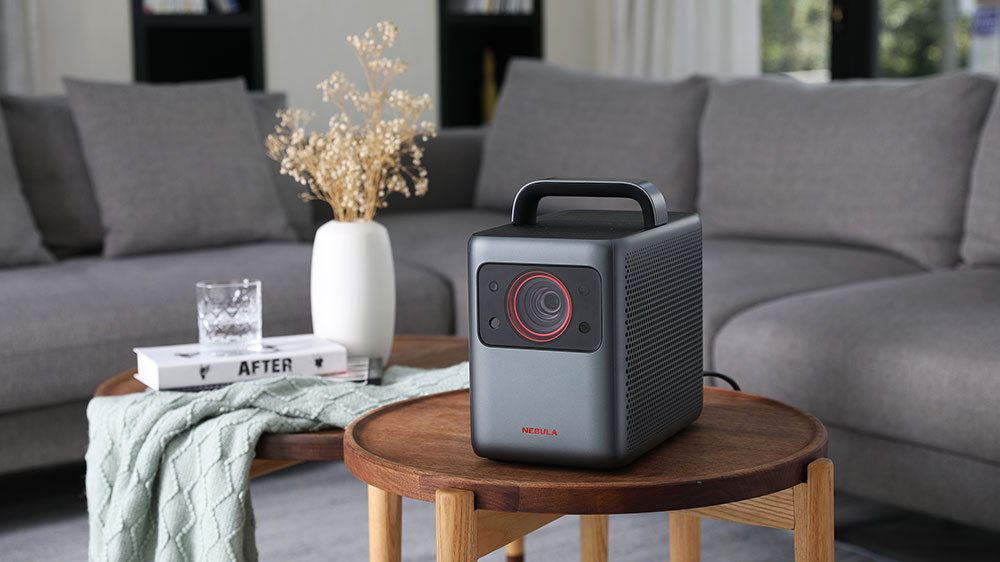 Since its inception more than four years ago, Nebula has crafted portable smart projectors that have allowed the brand’s customers to rethink the limits of their home theaters. When the company established its identity and crafted a mission statement, it boldly asserted that a high-performance home theater shouldn’t be confined to the four walls of a living room. “It’s about unlocking your imagination and moving your cinema anywhere,” says Frank Zhu, general manager of Nebula Projectors.

Nebula has now taken its engineering capabilities and its technology to the next level with the creation of the Cosmos Laser 4K Projector—the most compact 4K laser projector on the market.

“This product was the culmination of our past experience in the portable projector market,” says Zhu. “Our engineers and product designers set out to not simply create a laser projector, but a product that combined ease of use, a familiar interface with Android TV 10, a bright, high-quality picture and high-quality sound in a package that can easily be moved around the house or even taken outside for backyard movie nights using the built-in handle.”

Most notably, the Cosmos Laser 4K Projector is equipped with a Laser Forge Image Engine, which—as its name suggests—is powered by lasers and features the same software used in professional movie theaters. Those components produce an image with enhanced brightness, saturation and contrast, all of which make this Nebula projector the brand’s best model for daytime use. The Cosmos Laser 4K is also equipped with gridless automatic keystone correction, which minimizes a skewed image if the projector isn’t properly aligned with a display wall or screen.

Beyond its laser-powered, cinema-quality display, the Cosmos Laser 4K also shines for its ease of use and built-in sound. A seamless autofocus feature provides immediate image clarity, while the device’s auto screen fit function instantly frames an image to the intended display space or screen. And speaking of display space, the Cosmos Laser 4k can deliver a true cinematic experience, projecting an image to a surface or screen more than 12 feet in size, while also playing the soundtrack using Dolby Audio through four built-in speakers.

The device offers USB, HDMI and Google Chromecast connectivity, which allows users to connect phones, tablets, game consoles, DVD drives or flash drives, making it easy to play or stream any downloaded or saved content. Alternatively, users can access more than 400,000 movies and TV show episodes via a vast network of more than 7,000 apps on Android TV 10—a platform that includes all of today’s most popular streaming services.

Perhaps best of all, this new projector—which is also available in a 1080p version —utilizes a laser-powered lamp with a lifetime of 25,000 hours. In other words, binge watchers can rejoice knowing that the laser engine will power their cinematic entertainment for years to come.